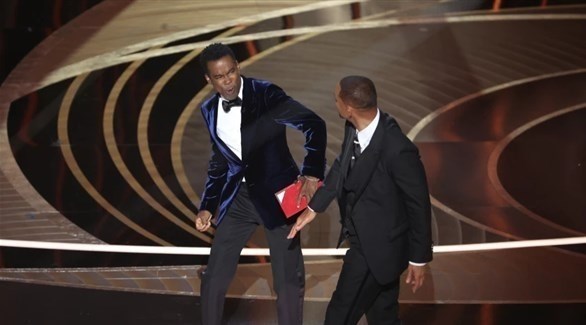 Spectators at Sunday night’s Oscars party were stunned when actor Will Smith took the stage and slapped comedian Chris Rock in the face.

The night’s co-host, Chris Rock, had just posted a joke about the shaved head of Will Smith’s wife, Jada Pinkett Smith, who has a condition that leads to massive hair loss.

Will Smith, who laughed jokingly at first, was just on stage and slapped Chris Rock, and the slap was heard in the microphones to the astonishment of the audience present in the room or the spectators who watched the evening. from their houses.

ABC cut the sound during the next scene, but the dialogue was heard on foreign televisions.

“Wow. Wow. Will Smith just slapped me,” Chris Rock said. “It was a GI Jane joke,” he justified.

“Keep my wife’s name out of your fucking mouth,” Will Smith yelled, and went back to his wife’s side.

Hollywood star Will Smith later won the Best Actor Oscar for his role in “King Richard,” where he plays the father and coach of tennis champions Serena and Venus Williams.

The actor shouted, “apologizing to the Academy” (the body that administers the Oscars). “Love makes you do crazy things,” he said.