Will Britain lift sanctions on Russia? London reveals its status 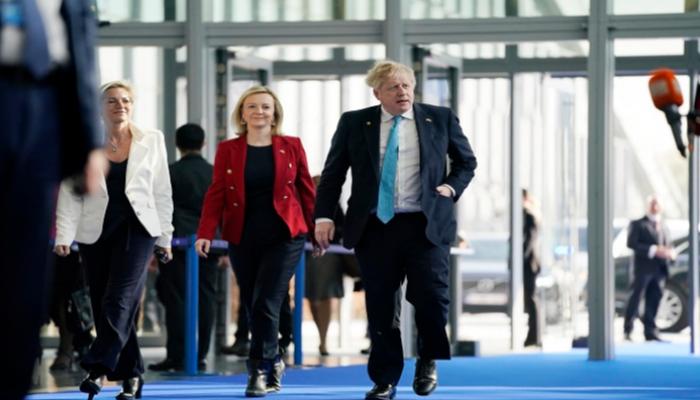 Despite Britain’s promise to increase the pace of sanctions against Russia as a result of the military operation in Ukraine, it announced a position that could change its approach.

The Telegraph quoted British Foreign Secretary Liz Truss as saying that “sanctions imposed on Russian individuals and companies can be lifted if Russia withdraws from Ukraine and commits to ending aggression.”

Britain and other Western countries are using economic sanctions to cripple the Russian economy and punish President Vladimir Putin for his invasion of Ukraine to try to pressure him into abandoning what it calls a special military operation to disarm Ukraine and rid it of the Nazis.

In an interview with the Telegraph newspaper, Trace indicated “the possibility of ending the sanctions if Moscow reverses its position.”

“What we know is that Russia has signed many agreements that it clearly does not comply with. Therefore, there must be strong pressure tools. Sanctions are of course a powerful tool,” he said.

“These sanctions should result in a complete ceasefire and withdrawal, as well as commitments that there will be no more aggression. With the possibility of quick sanctions as well if there is another aggression in the future. This is a real tool that I think can be used.”

The British government says it has so far imposed sanctions on banks with total assets of 500 billion pounds ($658.65 billion) and billionaires close to Putin and their relatives who have a net worth of more than 150 billion pounds.

Demonstrations in London and Prague in support of Ukraine

In London, thousands demonstrated in support of Ukrainians, a month after Russia invaded their country, as the British capital’s mayor criticized the government’s behavior towards refugees.

The demonstration, which was overshadowed by the colors of the Ukrainian flag, blue and yellow, responds to the call made this week by the Ukrainian president, Volodymyr Zelensky.

“My country is under attack and I hope the UK can help,” one of the participants, Zinedine Takalenko, 43, from kyiv and living in south London, told the British news agency.

A demonstration was also organized from the outskirts of Hyde Park to Trafalgar Square, at the invitation of the Mayor of London, Sadiq Khan.

“We condemn the Russian attack, we know Ukrainians will see these scenes and we want them to know that in their darkest moments they are not alone,” Khan told Sky News, urging the government to “do more to help Ukrainian refugees.” .”

“I speak regularly with leaders in Germany, France, Italy, Spain and Poland, and when I compare what our country and our government have done, I am ashamed,” he added.

Boris Johnson’s government, which has been criticized for the complexity of the procedures initially imposed on Ukrainian refugees seeking to reunite with relatives in the UK, has changed its approach and streamlined the process.

More than 20,000 visas have been granted, according to a count by the Home Office this week.

In Prague, thousands of mostly Russian protesters gathered on Saturday to denounce the military offensive and demand an end to the war.

In the Czech capital, Prague, some 5,000 people, according to the organizers, walked through the historic center of Prague chanting against the Russian president.

On their way to Wenceslas Square, the protesters also demanded that Vladimir Putin release political prisoners, including opposition figure Alexei Navalny, who was sentenced this week to nine years in prison.