Will Assad’s visit to the Emirates fill Syria’s vacant seat in the Arab League? 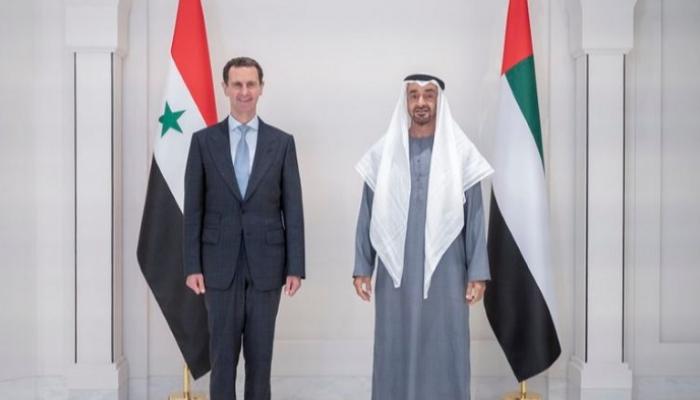 And on Friday, the United Arab Emirates hosted Syrian President Bashar al-Assad, who paid a working visit to the country.

During the meeting, Sheikh Mohammed bin Rashid Al Maktoum welcomed the visit of the Syrian president and the accompanying delegation, which takes place within the framework of fraternal relations between the two countries, expressing his sincere wishes for sister Syria and his honorable people that security and peace prevail in all its parts and that it and the region as a whole have the elements of stability and prosperity for the good of all.

The timing and indications of Syrian President Bashar al-Assad’s visit to one of the most important Arab, regional and world players show, according to observers, several very important indicators of the “beginning of the end of Syria’s isolation” after 10 years of “the divorce between the Arab League and Damascus”.

Al-Assad’s visit to the United Arab Emirates as the first Arab country to visit in a decade for a Syrian president comes about 10 months before the next scheduled Arab summit in Algeria on November 1.

Al-Assad’s visit to the United Arab Emirates opens the door once again to the possibility of Syria retaking its vacant seat in the Arab League, after Arab foreign ministers suspended Syria’s membership in the Arab League in an emergency meeting at the end of November 2011, after the outbreak of the crisis there.

Regarding “location indications”, observers link Syrian President Bashar al-Assad’s choice of the UAE as his first Arab and foreign station after Moscow, linked to two indicators. 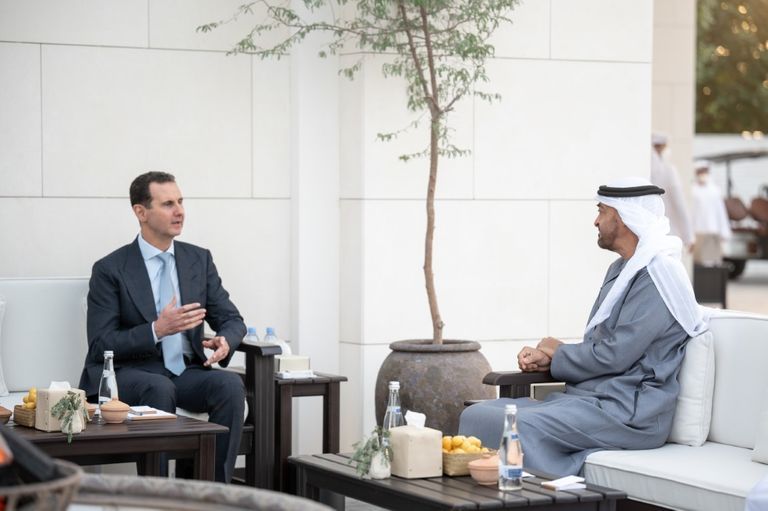 The first is the important statement made by Sheikh Abdullah bin Zayed Al Nahyan, Foreign Minister of the United Arab Emirates, in Moscow in November 2021, in which he stressed that “regional cooperation is necessary to start the path of return from Syria to its environment”.

However, he stressed, on the other hand, that this issue “is unavoidable, and this also requires an effort from the Syrian side, as well as an effort from colleagues in the Arab League.”

The second indicator is due to Sheikh Abdullah bin Zayed Al Nahyan’s visit to Damascus in November last year, the first visit by an Emirati official at this level in more than 10 years. 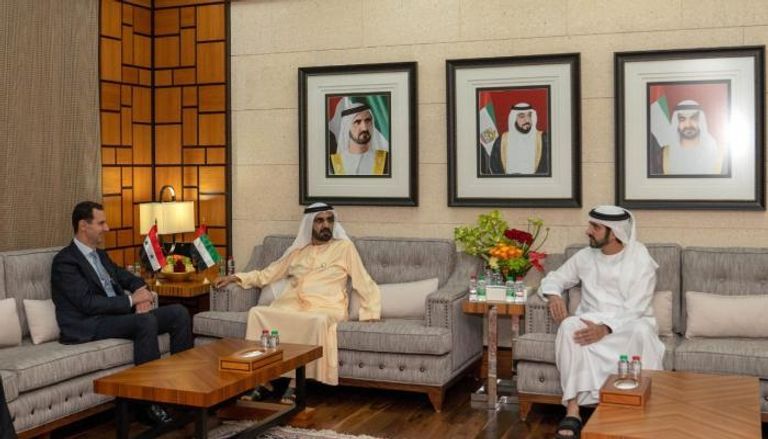 The contradictions of the Syrian headquarters

Algeria, which intends to host the next Arab summit, was also one of the first Arab countries to advocate and defend the return of Damascus to its seat in the Arab League as “one of the founders of the League” and was also one of the of opponents of the decision to suspend their membership.

In a media interview in February 2020, Algerian President Abdelmadjid Tebboune called for “Syria’s return to the Arab League” and said that “it deserves to return to the League of Arab States, because it is true to its principles.” and fundamentals, and it is one of the oldest Arab countries.

In August 2021, the Algerian Foreign Minister, Ramtane Lamamra, also highlighted that the dossier of Syria’s return to the Arab League “is an essential issue in the preparations for the next Arab summit”.

He stressed that “Syria’s seat in the Arab League will be an advanced step in the process of reunification and overcoming internal difficulties.”

The Algerian president, who emphasized his country’s pursuit of a “comprehensive” Arab summit, visited Qatar last month, and the Arab summit’s agenda was one of the files he discussed with Doha officials.

Doha is one of the Arab countries that most opposes Syria’s return to its vacant seat in the Arab League, and has expressed its refusal to participate in any Arab summit it calls “Bashar al-Assad’s regime.”

Doha, which visited Tebboune in an attempt to persuade it – according to Arab media reports – to change its position on Syria’s return to the Arab League, not only expressed its rejection of this, but also for what it called “normalization with the regime”. Syrian” last November, which means, according to experts, that the position of the State of Qatar is “non-negotiable”, at least as “public statements and positions”, pending the outcome of the Arab consultations before the summit from Algiers. 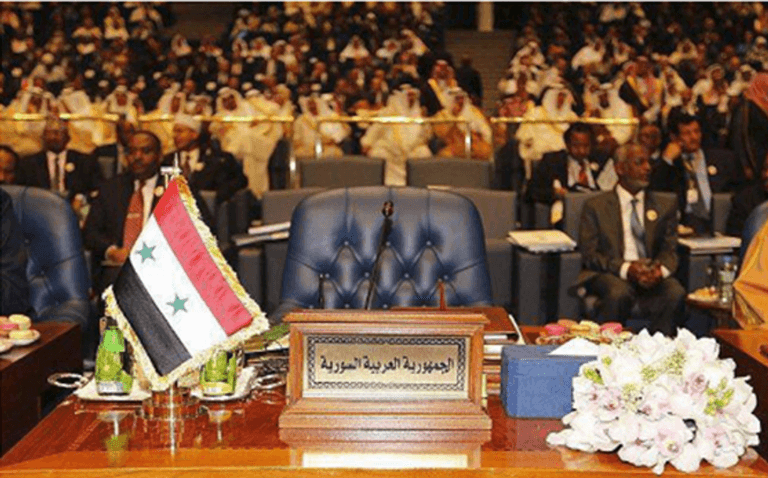 Speaking late last year from Washington, Qatari Foreign Minister Mohammed bin Abdul Rahman Al Thani called for an end to what he called “the sale of relations with the regime of Syrian President Bashar al-Assad.”

“We hope that countries do not dare to take additional steps towards the Syrian regime,” he said at a press conference with his American counterpart, Anthony Blinken.

As an Arab woman voiced her support for Syria’s return to the Arab League led by the United Arab Emirates, Algeria, Egypt, Jordan, Iraq and the Sultanate of Oman, Ahmed Aboul Gheit, secretary general of the Arab League, revealed the fact that Damascus had returned to its vacant seat in the regional organization.

He explained in press releases earlier this month that the issue of Syria’s “return to its seat in the Arab League was not discussed in the general context or the general Arab framework at the meeting of the Council of Arab Foreign Ministers, nor in the consultative meeting or in the ministerial meetings of the ordinary session of the Council of the League”.

He justified that “this issue will be left to bilateral contacts between Arab countries. If there is an agreement to become members again, the matter will be resolved.”

He continued: “But I have not yet observed the existence of this consensus,” which opens the door to all possibilities regarding Syria’s return to its vacant seat in the Arab League after a 10-year absence, while observers are watching. the visit of the Syrian president. to the United Arab Emirates and before that, visits by Arab delegations to Damascus said it could be “a glimmer of hope” for the return of the largest Arab body’s founding member.

- Advertisement -
Share
Facebook
Twitter
Pinterest
WhatsApp
Previous articleCommitted by the ‘referee bribe’… the story of the worst refereeing error in the history of the Classic
Next articleUkraine War: President Zelenskyy calls for ‘substantial’ peace talks, but Liz Truss warns Russia could use them as ‘smokescreen’ for war crimes