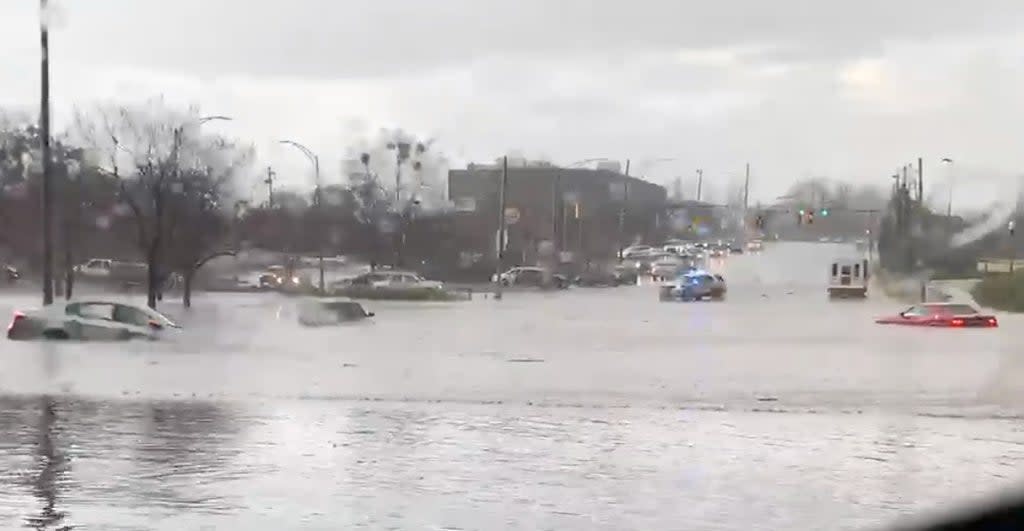 Birmingham Fire Rescue teams responded to more than 20 water-related calls across the city and carried out eight rescues.

In one incident, bystanders pulled a 60-year-old man out of the water and, after receiving CPR, he was rushed to hospital in critical condition.

They added: “Important reminder: Not all rescues are ‘fast’ water rescues.

“Many flash flood rescues happen in standing water. Remember this when you travel and encounter flooding. NEVER drive into flood waters… hurrying OR standing up! Don’t endanger the lives of others!”

The hardest hit areas were on the south side of Jefferson County, with flash flooding reported near St. Vincent Hospital and Southside neighborhoods.

“I have never seen so much water on the ground,” a Birmingham police officer said over the radio, according to AL.com.

The University of Alabama at Birmingham also announced several road closures around its campus due to flooding, according to WVTM-TV.