Why Instacart is suddenly worth 40 percent less 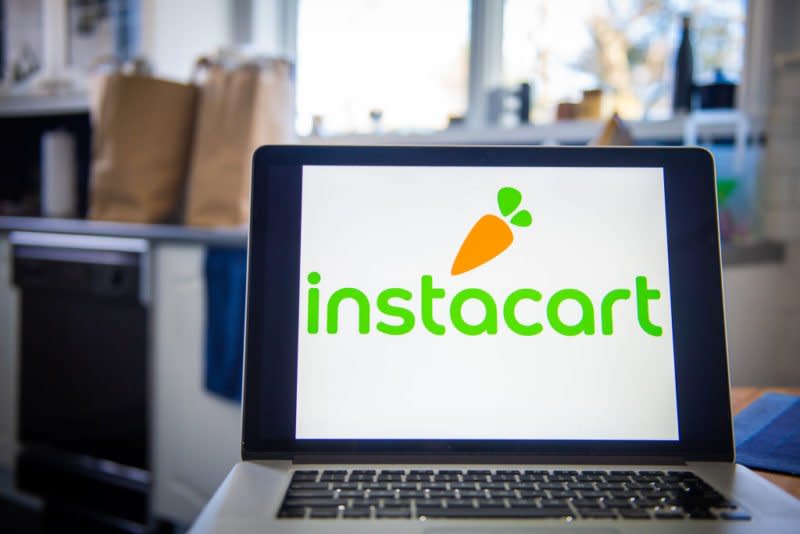 Good Morning! Even over the weekend, work on the digital scene continued in many places.

instacart it has to cut its valuation by nearly 40 percent to about $24 billion. The downgrade of the grocery delivery service reflects the sell-off in tech stocks. In March 2021, when the startup raised $265 million, the company was valued at $39 billion. This made Instacart one of the most valuable venture capital-backed companies in the US.

The new rating represents a rare move for a private company. An Instacart spokesperson attributed the discount to “market turmoil.” The latter had also hit other companies in the industry hard, such as Doordash and Delivery Hero. The German retailer also continues to fall. In the last week alone, Delivery Hero lost nearly 18 percent on the stock market. The stock market value has now fallen below ten billion euros.

But Instacart’s troubles also stem from the fact that the San Francisco-based company is struggling to grow sales at a similar rate to its publicly traded peers. Last year, Instacart’s revenue grew just 20 percent to $1.8 billion, while Doordash grew nearly 70 percent over the same period. For investors like Andreessen Horowitz, D1 Capital Partners and Sequoia Capital, the downgrade is a huge blow. [Mehr bei CNBC und The Information]

on Founder Scene: Our columnist Don Dahlmann takes on his “Torque” Tesla in a nutshell and destroys the dreams of fans who dream of the Tesla model for 20,000 euros. Because in his opinion, the hopes of a cheap vehicle will not be fulfilled, and Elon Musk has good reason for it. [Mehr bei Gründerszene]

And here are the other headlines of the night and of the last days:

TeslaCEO Elon Musk is apparently considering building his own social media platform. Musk wrote the latter on Sunday in response to a question from a Twitter user. Musk, who has 79 million followers on the short message service, has long been critical of the platform. He thinks that Twitter is undermining democracy by not upholding the principles of freedom of expression. [Mehr bei Handelsblatt]

the Deutsche Telecom now it is also withdrawing from Russia. Due to the invasion of Ukraine, the company is now closing its software development sites in St. Petersburg, Moscow, and Voronezh. Apparently, the Russian subsidiary’s website was also shut down. The approximately 2,000 employees, who were mainly IT specialists, were offered work outside of Russia. Apparently, many accepted this offer and left the country. Even Spotify it has now discontinued its service in Russia, following in the footsteps of several other tech companies. [Mehr bei Handelsblatt und Wall Street Journal]

CRYPTOCURRENCIES: Speculations on the Russia-Ukraine conflict have the Bitcoin Catapulted Up: The $45,000 mark is now within reach again. But other digital currencies have also benefited: the market capitalization of all cryptocurrencies combined surpassed the two trillion dollar mark again at the end of last week. [Mehr bei Handelsblatt]

Tech companies like Goal and Google can breathe a sigh of relief: EU Commission President Ursula von der Leyen together with US President Joe Biden announced a new approach to data sharing: personal data should be shared more easily between the EU and the US. Meta previously warned that it could shut down Facebook and Instagram in Europe due to the uncertainty surrounding the issue. [Mehr bei Heise und CNBC]

Acquisitions and investments: Netflix has the Texas-based game developer Boss Fight Entertainment accepted. Financial terms of the purchase were not disclosed. The deal is Netflix’s third acquisition of a game company after the streaming service plans to significantly expand its game offerings. Earlier this month, Netflix bought Finnish mobile game developer Next Games for €65 million. Last September, it acquired Night School Studio, a game developer made famous by titles like Oxenfree. The French start-up Paintinga platform for freelancers, acquires match, a competitive marketplace focused on consultants and industry professionals. Comatch originally started in Germany, which means that with this acquisition, Malt is also strengthening the German market. Terms of the deal are unknown. first base announced a $50 million Series B financing round led by Kleiner Perkins. The New York startup helps clients onboard remote workers and ensures new hires get the hardware they need. The startup currently plans to develop storage capabilities in the US and Europe. [Mehr bei Techcrunch, Techcrunch und Techcrunch]

Our reading tip for Gründerszene: Our author, Sarah Heuberger, tested the tech sleep ring that US founders trust with the Finnish startup’s wearable our sleep rhythm can be accurately tracked. But is the ring more of a status symbol or a superfluous gadget? [Mehr bei Gründerszene]

Have a good start of the week!