Why does Warren Buffett invest when he can expect a 0% annual return? 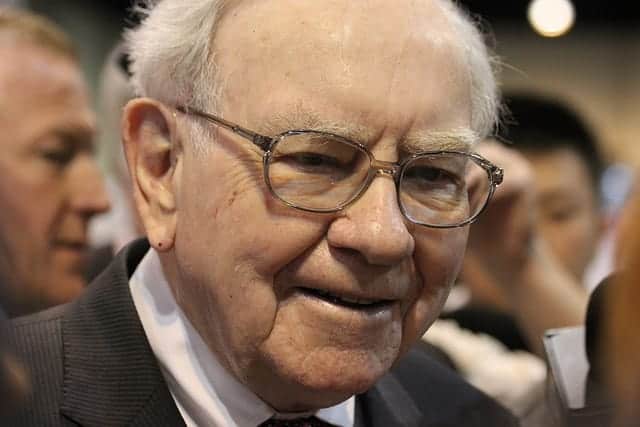 You certainly know Warren Buffett, but do you also know his infamous indicator? The so-called Buffett indicator measures the relationship between the market capitalization of the so-called Wilshire 5000 index (in a way, the entire stock market) and gross domestic product. A value of 100% is considered fair with corresponding upside and downside implications.

However, this Buffett indicator is currently at 168%, which is a very expensive valuation measure. Although not as expensive as before the current correction. There was an index level in the 200% range here. But it is still not a level that is suitable to buy. At least not for the broader market.

But why is Warren Buffett starting to invest now, despite the fact that his indicator, which bears his name, shows such a measure of valuation? Good question! The inversions that he is making are very exemplary of the starting position.

This is why Warren Buffett still invests!

Warren Buffett is basically selective investing right now. However, the gauge named after him is a different construct. It is one that measures the current valuation of the market in general. Simply put, the use of such an indicator, even if it suggests a 0% return, is not necessarily decisive for the overall performance of individual investments.

Warren Buffett’s recent purchase of oil stocks shows that he still sees potential for positive returns in this segment. Oil stocks are in high demand right now as Brent and WTI have been particularly high. Other investments were previously the Bank of America, which is a hedge against rising interest rates. In addition, the star investor invested in his own shares, that is, in Berkshire Hathaway. The special thing about this: all these investment opportunities are not just the market in general. No, but very special in their own way.

Thus, Buffett’s indicator still suggests that the stock market is not a source of good returns. But individual investments can still stand out from the crowd in the future. Especially since the latest index development shown is also an indicator that the market can sometimes deviate greatly from its average or this ideal valuation measure. So whether in general now is an unlucky time for buy-and-hold investors remains to be seen. In any case, the overall valuation is not ideal for Warren Buffett.

The Buffett indicator is one thing, trading Warren Buffett is another. However, this indicator can only be a rough guide to the possibilities. However, this does not necessarily mean that the next few years will be accompanied by poor returns. However, it is possible if we look at the mean values.

However, we can draw a valuable lesson from this: even now, it is possible to continue investing. Warren Buffett does, after all, especially lately.

The article Why does Warren Buffett invest when he can expect a 0% annual return? first appeared in The Motley Fool Germany.