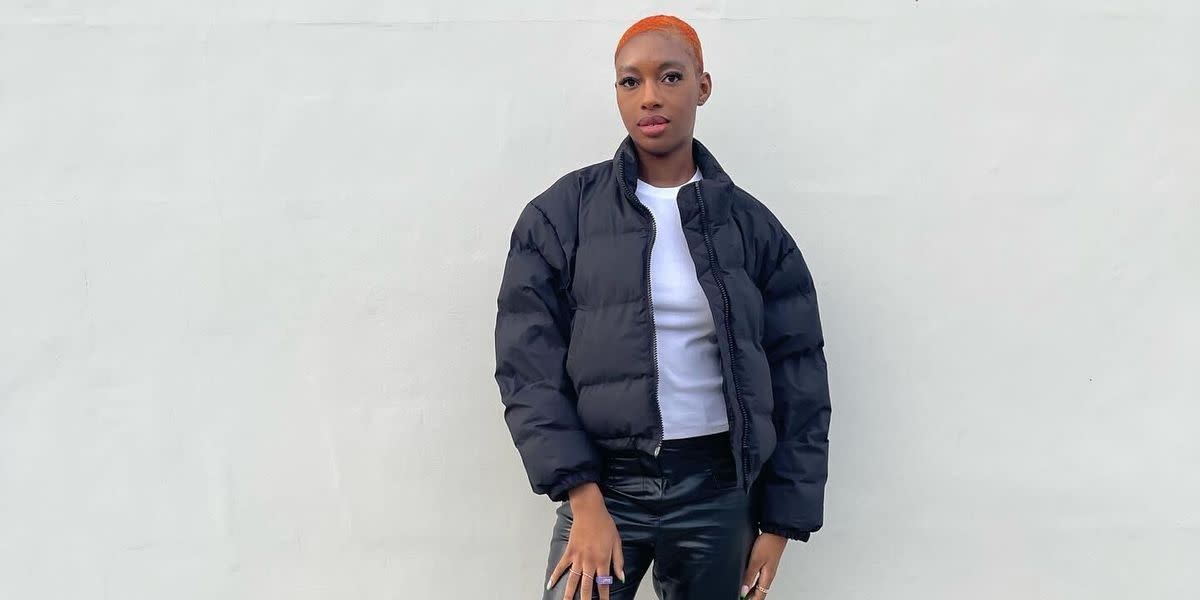 When I open Instagram, I see photos of other girls who look like me and it makes me smile. Before carefully curating my feed, it wasn’t such a positive experience.

Instagram is the app that many of us hate to love. Personally, I can’t upload a photo without looking at it several times, thinking “what does my body look like in this?”, “will it get a lot of likes?”, “what will people think of my face in this?”.

And as perfection has become the standard, body problems among young women have also become the norm. Negative body image, eating disorders, and low self-esteem have been linked to social media use.

I’m generally pretty confident in my appearance, but over the years Instagram has made me question my beauty. I often ‘compared and freaked out’ with influential people because I didn’t look like them. Most of the influencers I followed looked and dressed the same: long hair, preppy fast fashion, with tiny bags.

It made me rethink the way I looked and dressed. I started dressing like the people I followed, but I wasn’t happy doing it. In fact, I felt more anxious when I was planning outfits because I felt pressure to look a certain way.

So, I decided to unfollow and mute various influencers as a way to find my own personal style. And this eventually led me to cut my hair.

Going for the chop was pretty revolutionary. I started to put aside what I should look like and started to experiment more with different styles.

Today, I follow many other girls with short hair, and that has allowed me to see myself instead of trying to see influencers in me. Others have gone a step further, curating their Instagram feeds to almost exclusively follow people who share their dress size.

Michaela Lawson, a 27-year-old who is the founder of the Prosperity Project, discovered a remarkable difference within herself when she started following influencers the same size as her.

Growing up, Lawson’s friends were really explicit about her weight problems, but she didn’t think that applied to her. It wasn’t until she got older that she realized how her environment affected her relationship to her weight.

“I went to school with the typical skinny white girls who had gaps between their thighs. At that age I always felt like I wasn’t good enough, but it wasn’t an explicit thought,” she says.

“When I was 17 years old I remember that I had a boyfriend and one day his mom called me ‘fat’ and I took it very badly. My boyfriend and my mother considered being thick to be a good thing, but I saw it as an insult due to the beauty standards I grew up with.”

As she became more active on Instagram, she became more aware of her appearance. “She was following all these people and seeing what she didn’t know at the time was leaked and heavily edited footage. I was looking at pictures of her and comparing myself,” she says.

“Does my face look like this? Are my legs long enough? I definitely think it had a significant impact on the way I looked at things and every image I posted went through a lot of scrutiny before I uploaded it.”

His relationship with the online space made him think that he could not wear specific clothes. “There were so many things that he felt he couldn’t wear, like crop tops, mom jeans, flared skirts,” she says. “I just didn’t think these things suited me.”

After talking to a few friends, he discovered that they had been picking through his Instagram feeds and decided to give it a try. “I went through a phase where I just unfollowed influencers so most of the people in my feed were my friends. But it’s actually TikTok that changed everything for me,” she says. “I was seeing more women wearing my size really well and I really wanted to emulate that.”

This was similar for 32-year-old producer Afsa* from Uganda, who says she used to follow a lot of white women on social media because they were the most influential.

“When I looked up outfit ideas on Pinterest, the images that always came up were white women. Basically, for a long time I was trying to shop like them and expect to look like them, but that wasn’t happening, so I started hating my body and my clothes,” she says.

“I was following seemingly perfect girls with perfect lives. They had a lot of money, clothes, friends,” she says. “It made me feel insecure because I was nothing like them, because everything they put out was so aesthetically pleasing and beautiful that I started to see them as the beauty standard, so the model looks with the thin frame, [and a] tiny little ski slope nose.

Faith made the decision to stop using heat on her hair, so she started following influencers who had the same hair texture as her, and everything changed for the better.

“I needed some natural hairstyle inspiration and started discovering so many color influencers who share my full lips and wide nose,” she says. “Your content changed my own standards of beauty.”

Since selecting her feed, Lawson has noticed a big difference in the way she sees herself. Previously, she found it difficult to buy jeans that fit her well. She thought that specific brands do not cater to people like her.

“But I realized that it wasn’t actually true and that it was actually the things I was seeing online that were making me feel that way,” he says. “I thought I looked bad in mom jeans because they didn’t look the same way they did on other girls online.”

When she started following people who were a similar size to her, she stepped out of her comfort zone and bought clothes she wouldn’t normally buy.

“I went to H&M and found these really nice leather pants. Never in a million years would I have thought I would have leather pants in my wardrobe,” says Lawson.

She also found that selecting her own feed improved her personal style and boosted her confidence. “I no longer feel restricted in what I want to wear, as I used to tell myself that I can only wear certain clothes when I lose weight, but I don’t feel that pressure anymore,” she says.

Lawson advises anyone to stop following people who make them feel uncomfortable about themselves, saying, “We should all try to follow less influential people and more people who look like us.”

*Some interviewees chose not to share their last names