Why did the Patriots trade OG Shaq Mason? 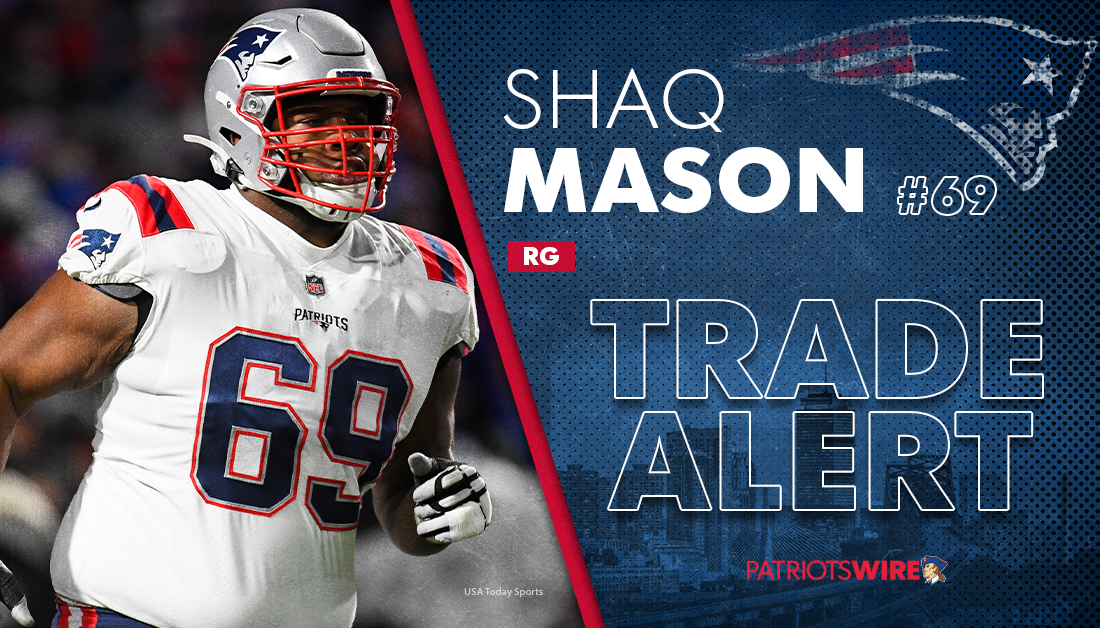 The New England Patriots are stripping down their offensive line in the early days of free agency. Not only did they allow right guard Ted Karras into free agency, but they also traded right guard Shaq Mason.

Tackle Trent Brown is a pending free agent, and if he follows Karras and Mason, the Patriots will have three openings to fill on the offensive line. Of course, guard Michael Onwenu is almost certain to fill one of those openings. But beyond that, the Patriots don’t have any proven starters to jump into the lineup.

The Patriots are certainly better equipped to retain Brown with Mason’s departure freeing up about $7 million in cap space. And finally, that’s why the Patriots made this trade. They were over the salary cap after re-signing a handful of veterans: Devin McCourty, James White, Nick Folk, Brian Hoyer. New England needed to start freeing up salary-cap space. Mason was an easy player to create that space.

But for a fifth-round pick? That’s the amazing part of this exchange. Mason has never received a Pro Bowl nomination, for whatever reason, but he is absolutely among the best players at his position in the NFL. That seems to be the going rate for a top-tier veteran whose contract is an imposition on the team. The most recent comparison is Amari Cooper, who scored a fifth-round pick for the Cowboys when they sent him to the Cleveland Browns.

Ultimately, New England wanted, or felt it needed, to leave Mason behind. So there’s a lingering question: Did the Patriots make this trade to help them fill out their roster with smaller signings and a larger draft class? Or will the Patriots make a big move in free agency?