Why are they giving so much food to the participants of “Survivors” and other keys to this edition that is ending? 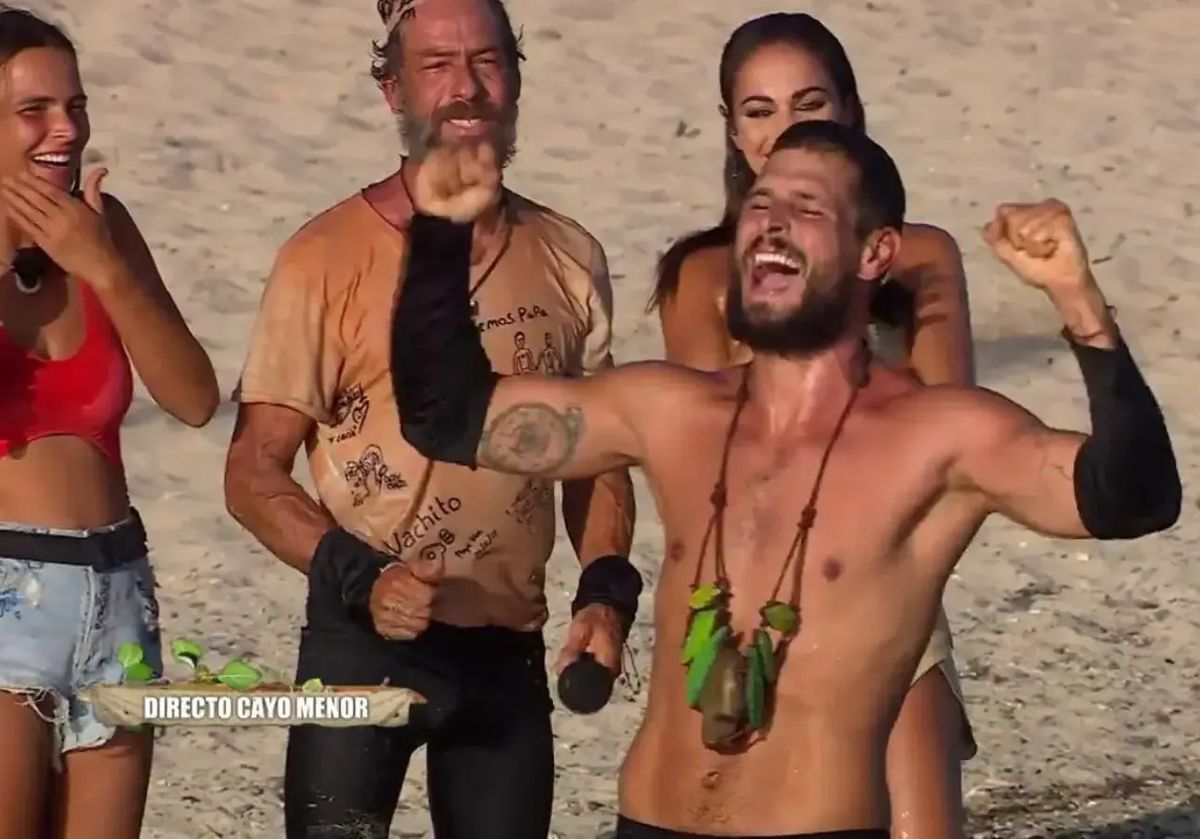 Marta Peñate, Alejandro Nieto, Nacho Palau and Ignacio de Borbón will play for the win this Thursday Survivors 2022, like the last four applicants who remain in the competition. The veteran format was again Telecinco’s star program this season, leading the majority of its shows. But it has seen a significant drop in its data, in line with the viewership crisis that Mediaset’s main channel is going through. While the average obtained last year was about 26% compardominating over the big bet of Antena 3, mask singer, this time under 20%, a result that is still well above the average of all national broadcasters. These are some of the keys that define the format in general and this edition in particular.

A much longer format than abroad

One of the most repeated criticisms from viewers, especially in this latest series, is that contestants are very often given food as a reward. It happens several times a week during the show’s live broadcasts, making it seem like its survival is less extreme.

One of the reasons for these constant awards for hopefuls is that it’s a device that builds narrative tension and is often the prize they receive for winning competitions. But the main reason is the excessive length of the Spanish format. Many of the international versions of the competition last only two or three weeks, while the Spanish version often exceeds three months. The four finalists Survivors 2022 who will be on set this Thursday have left the islands of Honduras 98 days after launch reality show. Although their great weight loss is obvious, they have to do it gradually and spend so much time on the program.

This long duration of space is a very Spanish aspect of television entertainment, saving costs by extending the airing of the same content rather than starting production of a different one from scratch. It still happens with comedy series like he comeswhose chapters exceed 90 minutes compared to 22 or 24 minutes by the Anglo-Saxon standard, occupying in one night what three different series would normally occupy.

… and less morbid than abroad

Contrary to popular belief, the survivor In some ways, Spanish is less morbid than versions from other countries. For example in I’m a Celebrity, Get Me Out of Here! (I’m Famous…Get Me Out of Here), a parallel format by British production company Granada Television and televised in Australia, Germany, the United States and the United Kingdom, Canada and Greece, the approach is more gruesome, as its name suggests . The experience is so extreme and takes advantage of its short duration that participants are expected to ask the audience to be expelled. Viewers decide whether they would prefer the tortured participants to continue suffering in the jungle from which it is broadcast, or to be able to return to their homes based on how sympathetic they arouse.

Contest of celebrities who win anonymously

In Spain, the VIP edition of the format was almost always broadcast. The reality is that the cast of contestants often includes current personalities, reality TV stars from other countries, and some characters unknown to the general public. Their caches are usually low, compensating for those of the big signings each year. But often it is precisely the anonymous candidates who become the darling of the public. This is the case of one of the recent winners, Jorge Pérez, a Civil Guard known only for a photo that went viral on social networks before winning the 2020 edition, or the model Jorge Díaz, who in his case 2016 was also champion.

Of Thursday’s four finalists, two were virtual strangers before the broadcast began. Survivors 2022. One is Ignacio de Borbón, a distant relative of the Spanish royal family, the other Nacho Palau, who jumped into the media a few years ago as the ex-partner of singer Miguel Bosé, but whose voice was hardly known until now. since he had not granted interviews in the media. They both face two reality TV professionals, Alejandro Nieto and Marta Peñate, but neither of those two anonymous may be the winner at this Thursday’s gala.

Nacho Palau in particular is an example of how many participants use their stay in the survival program to make unpublished statements about their private lives in front of the camera. Mediaset is an expert at camouflage exclusive interviews typical of gossip journalism in its formats it would normally offer deluxethe night edition of save me. Many celebrities who appear in planet alley They use their participation in Jesús Calleja’s adventure program to make statements they’ve never made in a magazine or gossip show. Something similar happens with let you lovea space that theoretically focuses on surprising loved ones, and that’s where it takes place survivor.

Isabel Pantoja, Olga Moreno or Rocío Flores, characters whose lives are commented on so much save meThey made indirect confessions on the island of Honduras that they would never make to the TV factory collaborators. They offer them a dropper throughout their stay in the competition. Eagerly awaited by the pink press for years, the Palau are one of the attractions of this edition that is about to end.

Physical competitions continue to be the star of the program

Despite the fame, physical tests and competitions, both individual and team, continue to occupy a very important place in sport survivor by Telecinco. Participants go through beachside gymkhanas, complex puzzles, tests of general knowledge, and tests of strength and endurance, which help complete the many hours of the room’s weekly broadcast. Last year, those in charge of these competitions told this newspaper that a team of more than 20 people is dedicated to the design, customization, staging and construction of these competitions, which often consist of large structures that have to be transported to these tiny Caribbean islands. It was one of the only two countries that broadcast it live, they commented at the time, which increased their difficulty in creating it.

The audience’s enthusiasm for this part of the program is demonstrated by the infernal ferris wheel, one of its classics since the 2018 edition. Two contenders for the prize must hold on to a structure that rotates with their legs and arms without falling into the water – uneven and accompanied by an annoying mechanical noise. Since it was included in the 2022 edition, almost two months after it started broadcasting, the show’s screen share has increased.

Previous article“It’s weird to go there.” 3 years of unfulfilled desire to have children: Anna Wilken gives insight into her emotional world
Next articleJapanese politicians admit ties to Unification Church after Shinzo Abe’s murder