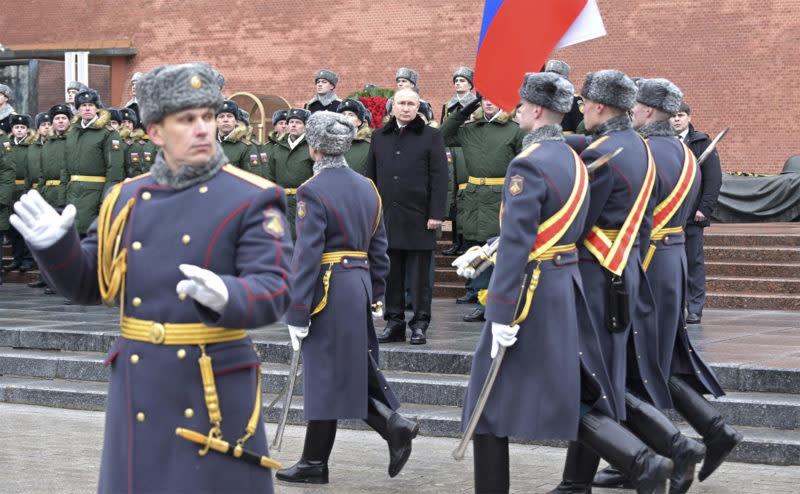 The war in Ukraine has been going on for more than a month and according to various estimates has claimed the lives of 2,500 civilians and up to 15,000 Russian soldiers. The “blitzkrieg” planned by Russian President Vladimir Putin was unsuccessful. According to experts, Putin apparently underestimated the fierce resistance of the Ukrainians.

However, two dates could be of great importance for the Russian side and for the course of the war in the future: April 1 and May 9.

In Russia there is a general compulsory military service of 12 months for young people between 18 and 27 years of age. The usual call date is now again in a few days, the April 1. Experts assume that the Russian army will soon have more soldiers available in Ukraine and thus be much more flexible militarily. However: they are probably not supposed to fight, but to support the professional soldiers in the rear, who would then be free and could go to the front lines. However, at the moment it is not possible to say with certainty what potential force the conscription will have on April 1 for the Russian army.

However, the date also carries a political risk: current conscripts, thousands of whom are believed to have been deployed to Ukraine, can return to Russia from April 1, provided they have not fallen or been taken prisoner by Russia. war. Western news services assume that young men and women will also talk about their war experiences. That could stand in Putin’s way: because the stories of the returning soldiers probably don’t match the line of Russian state propaganda. You have seen how many Russian soldiers have already died, against official Kremlin reports of only a few hundred casualties. They also saw that the Ukrainian population is not neutral, that Russian soldiers were not welcomed when they invaded, and that civilian targets in Ukraine were often bombed.

Furthermore, it is said that many soldiers did not know in advance that they would be sent to an armed conflict in Ukraine. The St. Petersburg “Committee of Soldiers’ Mothers” human rights organization reports: “There is a lot of information about the fact that the soldiers were told that these were exercises. There will be no fight. Later it was said: the population will be neutral and the Ukrainian army will not fight. You just have to go to kyiv to do exercises.” As of April 1, this could be confirmed by reports of returning soldiers.

May 9: Putin counts another “Victory Day” in Ukraine

the May 9 it could also play an important role in the future course of the Ukraine war. Under Putin, this day became the most important holiday in Russia, because it commemorates the signing of the unconditional surrender of the German Wehrmacht at the Red Army headquarters in Berlin. May 9 is therefore called “victory day”. It is celebrated annually with large military parades in Russia and war veterans are personally honored by Putin. Because May 9 is not intended to commemorate the painful losses of the catastrophic war, but above all to remind us of the strength of the Red Army.

The General Staff of the Armed Forces of Ukraine he told the Kyiv Independentthat the Ukrainian secret service considers May 9 in the current war as a key date for the Russian army. Because Putin’s army should be tasked with winning the Ukraine war for Russia to this day. Consequently, it is feared that the offensive maneuvers of the Russian army will increase to defeat the Ukrainian resistance before May 9.

In addition, Putin uses the rhetoric of “Victory Day” for his state propaganda. Because, according to the Kremlin, it is now, 77 years after the surrender of Nazi Germany, to “denazify” Ukraine. Ultimately, it is about the ongoing fight against the Nazis. As a result, Putin hopes that on May 9 Russia will celebrate another victory over the Nazis and renew the brotherhood between Russia and Ukraine, the so-called “crown jewel” of the former Soviet Union.

- Advertisement -
Share
Facebook
Twitter
Pinterest
WhatsApp
Previous article🎓 This is the expected budget of the United States in case of updating the cryptocurrency rules
Next articleWar in Ukraine: protests against the remilitarization of Germany