Why a no-fly zone over Ukraine would escalate the war 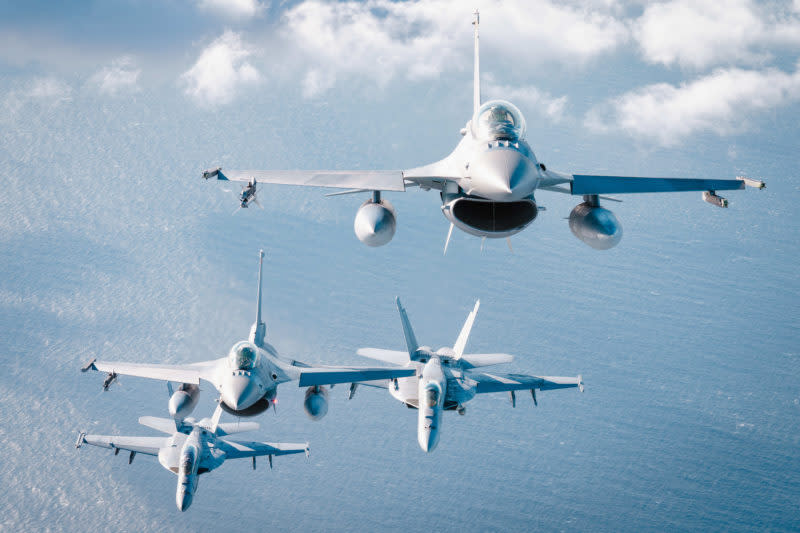 “Close the skies over Ukraine”: With these words, Ukrainian President Volodymyr Zelenskyy ended his speech to the US Congress on Tuesday. He accompanied this demand with a depressing video showing the destruction in Ukrainian cities by Russian airstrikes. Zelenskyy repeated the demand that he had made immediately after the outbreak of the war: NATO should impose a no-fly zone over Ukraine. This is aimed at preventing further Russian airstrikes in Ukraine as much as possible.

A no-fly zone is deployed to prevent an opponent from deploying their air forces. This is strategically very important in war, because the general rule is: whoever controls the airspace has almost won the war. There have only been three no-fly zones in history: after the first Gulf War in 1991 over northern and southern Iraq, over Bosnia and Herzegovina in 1992 during the Yugoslav war, and in Libya in 2011.

However, the imposition of such a zone is subject to certain conditions under international law: it must serve to enforce a United Nations (UN) resolution. This means that if a country violates a UN resolution by using the airspace, another UN resolution can impose a no-fly zone. As a result, one or more UN-mandated states can implement the no-fly zone. In the Ukraine war, this task should ultimately fall to the NATO military alliance. But that excludes that area over Ukraine, for several reasons.

First of all, fighter jets would have to constantly patrol Ukrainian airspace. A great logistical challenge, because the border with Ukraine is 2,295 km long. So these fighter planes need other planes that can refuel in the air at any time. These tankers, in turn, cannot defend themselves against danger.

Then the so-called Awacs come into play: these are aircraft with long-range radar systems that scan the airspace and detect incoming dangers and coordinate maneuvers. They too must be protected. For emergency situations, additional troops must be constantly ready for action in the event of a sudden attack on the no-fly zone. This requires adequate infrastructure on the ground.

It would be the first military contact between NATO and Russia

Is NATO even capable of all this? US Colonel Mike Pietrucha has been deployed as an Air Force pilot to the no-fly zones in Iraq and Bosnia and Herzegovina. He says on the Modern War Institute podcast that NATO has the capability and equipment to impose a no-fly zone over Ukraine. If you wanted, you could start tomorrow. The costs, which hovered around US$1 million a day in the no-fly zone over Iraq in the 1990s, are not necessarily the problem.

However, according to Pietrucha, imposing a no-fly zone over Ukraine would be tantamount to NATO going to war. You are telling Russia that if it attacks Ukraine, NATO will defend the country. The defense umbrella of the military alliance will be extended directly to Ukraine, without the country being a member state. That would mean, continued Pietrucha: if Russia continues to attack Ukraine with missiles, which is likely, the no-fly zone would draw all NATO countries into the Ukraine war. “It’s not about the risk of an escalation, but about an actual and measurable escalation,” says Pietrucha.

Furthermore, it is crucial that the airspace over Ukraine and deployed NATO aircraft be protected. On the one hand, this means that unauthorized intruding aircraft would have to be shot down. But also that the infrastructure of the enemy, in this case Russia, which represents a threat to the airspace from the ground, must be eliminated.

S-300 anti-aircraft missile systems are stationed in Russia and also in Belarus. These so-called “surface-to-air missile systems” have a long range and therefore strike targets in Ukraine through Ukrainian airspace. That would be a problem in a no-fly zone, because these missile systems would not only pose a direct threat to violating the ban, but also to unprotected NATO aircraft in particular. Therefore, one step in NATO’s mission should be to shut down Russian missile systems.

That’s why Pietrucha says: If a no-fly zone were to be deployed, there are only two possible outcomes: “Either Russia shoots first or NATO.” It would be the first military contact and the opening of direct hostilities between Russia and NATO.

Therefore, Chancellor Olaf Scholz (SPD) has already clearly ruled out a no-fly zone: “We will not establish any no-fly zone over Ukraine. That would mean a direct military confrontation with Russia, with Russian fighter jets. I agree with US President Joe Biden, French President Emmanuel Macron and the other allies that there should be no military conflict between NATO and Russia. No one can want that.”