Which team is the favorite in each World Cup group? 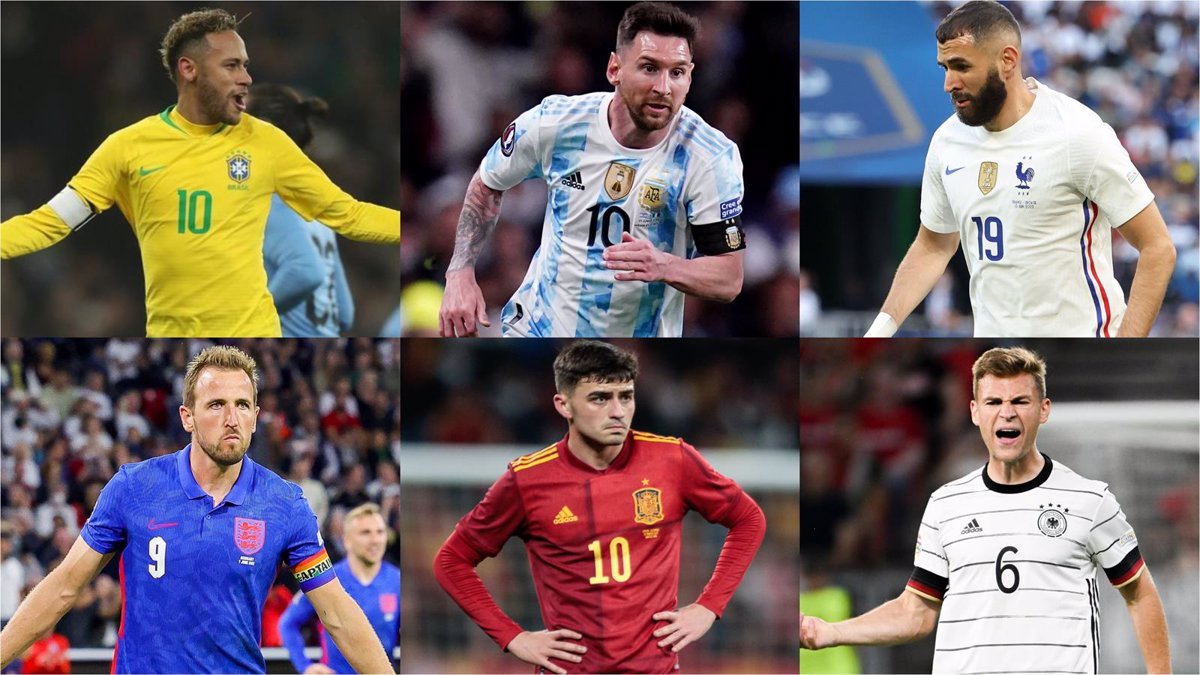 After Wales, Australia and Costa Rica secured their ticket to Qatar by winning their respective ‘playoffs’, the countdown to the event that the Asian country will host this November begins. Therefore, we analyze the groups of the first World Cup outside the usual dates in the summer season, with seven of the eight historical champions and with Europe as the continent contributing the most teams (13).

Group A: Qatar, Ecuador, Senegal and the Netherlands.

Star of the group: Sadio Mané.

With the permission of hosts Qatar, with no international experience and reigning Asian champions, the Netherlands, led by Van Dijk and intent on regaining world glory, will be favorites not to qualify for the 2018 World Cup in Russia after losing in the round of 16 at the last European Championship . Senegal, champions of Africa and with Sadio Mané as their stronghold, will be the contender for first place in their third World Cup appearance based on their physical strength. Ecuador, beaten only by Brazil, Argentina and Uruguay in qualifying, will offer its most modern version in Qatar.

Star of the group: Harry Kane.

After England were semi-finalists at the 2018 World Cup and finalists at EURO 2020, despite their poor performance in the Nations League, England appear poised to lift the trophy in Qatar, with a renewed squad entrusted to the clutches of its striker Harry Kane. A very balanced team, backed by the talent of Pulisic and Reyna, is the argument of the United States boasting one of their best generations. But it will clash with Wales, who are returning to a World Cup 64 years later with more enthusiasm than football and with what may be Bale’s last big serve. Iran would take this hypothetical fourth place in its “Cinderella” state.

Star of the group: Leo Messi.

It could be Messi’s last chance to win the world title with Albiceleste, unbeaten since July 2019. He will arrive with a very solid block of mature players, led by Scaloni on the bench. Argentina has not won the World Cup since 1986. Their main rivals for first place will be ‘Tata’ Martino’s Mexico side, who are feeling the pressure to progress through the round of 16 for the first time since 1994. Poland will contest their ninth World Cup with Lewandowski as the main threat, while Saudi Arabia will try to be one of the most competitive Asian teams.

Star of the group: Karim Benzema.

France is the absolute favorite in a very affordable group. A priori the best squad of the tournament, with stars like Benzema or Mbappé. They are the current champions and will want to repeat the title – the last to achieve it was Brazil in 1958 and 1962. Denmark, semi-finalists at EURO 2020, are keen to fight the French protagonism. Australia have made it through the group stage in just one of their five appearances, while veteran Tunisian number 10 Khazri remains the best hope for the Africans, who never made it to the last 16.

Star of the group: Pedri.

La ‘Roja’ and ‘The Team’ are the big favorites in the group. Spain lifted the cup once (2010) and will put up the contender’s poster but not the favourites, without great numbers and with the group’s value in favour. The situation is much the same for Germany, four-time world champions but without a clear star, although Flick has managed to take advantage of a not-so-terrifying generation. Japan will want to value their status as a strong team in Asian football, while Costa Rica with Keylor Navas as a reference will have fewer options.

Star of the group: Luka Modric.

De Bruyne and Hazard’s Belgium, third in Russia 2018, are finally looking to play their role as perennial contenders with a balanced and more mature squad. His main rival will be Croatia, a very dangerous team thanks to their great experience in recent tournaments (finalists 2018) and with a Luka Modric living his umpteenth youth. Canada return to a World Cup 36 years later with a young generation that led CONCACAF qualifying, while Morocco need to form a side full of quality with Achraf, En-Nesyri or Boufal.

Star of the group: Neymar.

Five-time world champions Brazil are going to Qatar as top favorites to win the title. An almost perfect classification and all the offensive potential of a squad with big names deters the rest of the teams. Switzerland, a very rocking team where Shaquiri or Xhaka stand out, and Serbia, which has a lot of gunpowder at the top thanks to Vlahovic, Milinkovic-Savic, Tadic and Jovic, will fight for second place. Cameroon, supported by Ekambi and dreaming of reaching the round of 16 like in 1990, are the weakest team.

Star of the group: Cristiano Ronaldo.

Like Messi, the Portuguese crack will play his fifth World Cup and will compete in a group where Portugal, European champions in 2016, will test their technical mettle with Uruguayan claws and souls – two-time world champions – and with Luis Suárez and Fede Valverde – in the fight for the first place. A notch below are Ghana, who face their fourth World Cup date with a selection of young talent (playing former track and field athlete Thomas Partey), and South Korea, a less physical but more quality team, where Heung-min Son stands out.