Which came first, RNA or DNA? 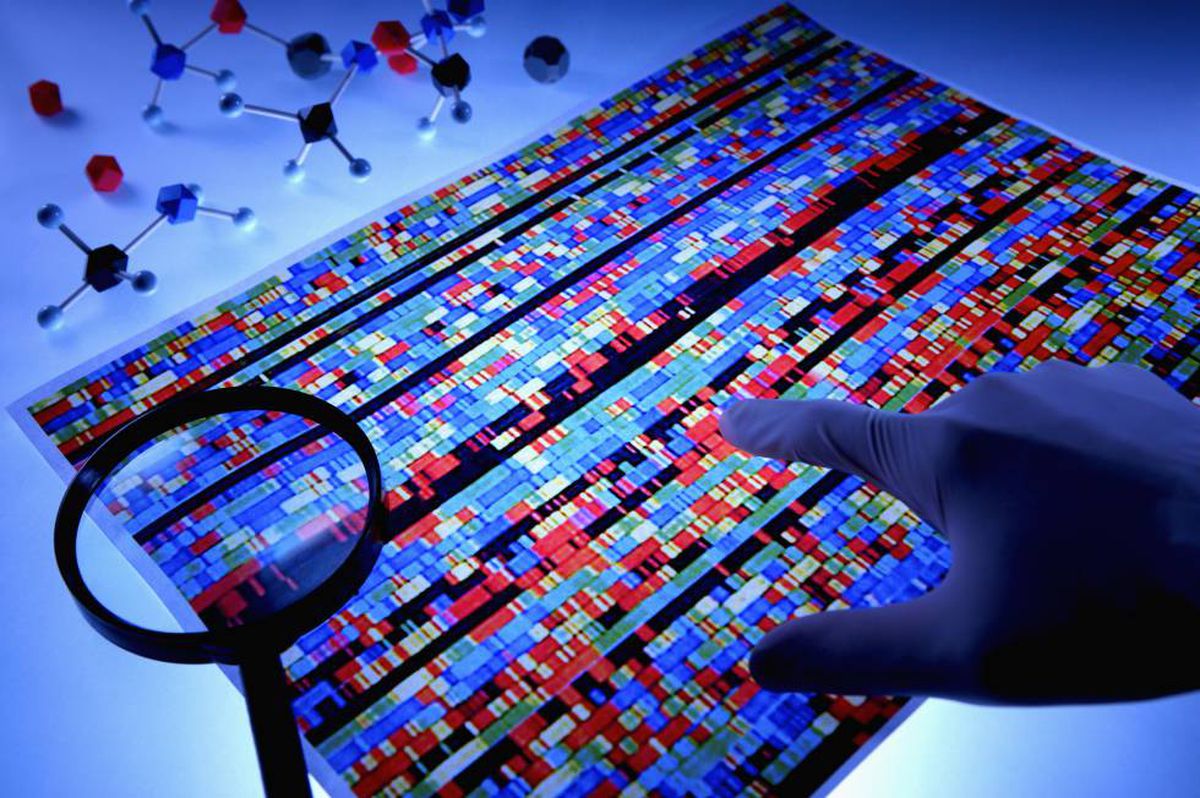 That’s an unanswered question at the moment. Today we do not know of any living being without DNA as genetic material. Only a few viruses, which many scientists don’t consider living things because they need another organism to reproduce, have only RNA.

Because of this, we might think that the first organism had to have DNA. But DNA is a molecule with a more complex conformation than RNA (in a double-stranded helix rather than a linear chain) and less functional versatility. DNA requires another type of complex molecules, enzymes, which are proteins with catalytic activity, to replicate and transfer genetic information to daughter cells during cell division. RNA, on the other hand, is a molecule that contains genetic information but also has enzymatic abilities. And theoretically, being the first genetic molecule would have advantages. But it is, on the contrary, a more unstable molecule.

Until recently, most scientists agreed that the early world was an RNA world. But there is no evidence that this was so. There is recent work that explains the efforts being made in many laboratories to answer this question. It is assumed that the original framework conditions corresponded to those that can be reproduced in the laboratory today. Attempts are being made to find polymers in nature or to make them without enzymes from prebiotic monomers (nucleotides) similar to those found in organisms, which are long macromolecules of DNA or RNA. However, this has not been achieved even through the application of external energy sources that could have triggered these reactions, including lightning, high temperatures, or radiation. That is, to reproduce the possible conditions of this primitive world of volcanoes, storms, etc. Nucleotides require all the tools present in the cell for assembly to take place, and also use the mother cell’s DNA as a model to make error-free copies. In other words, replication only seems possible when the entire cellular mechanism is already assembled.

So I think it’s likely that the first organisms had some molecules that facilitated the association of nucleotides and the replication of DNA or RNA.

The genetic material is essential for life, without it the cells would not have the necessary information to build other necessary building blocks or the hereditary transmission of this information. Therefore, solving the question of whether DNA or RNA arose first has been of scientific interest since the discovery of these molecules. It is even possible that it happened almost simultaneously, or that its occurrence depended on the previous existence of peptides or simple proteins. But we must continue to work to solve these problems.

Mary shift She is PhD in Biology and Researcher in the Department of Biology at the University of the Balearic Islands.

we answer is a weekly scientific consultation sponsored by thedr Antoni Esteve Foundationand the programL’Oréal-Unesco “For women in science”, which answers readers’ questions about science and technology. They are scientists and technologists, partners ofAMIT (Association of Women Researchers and Technologists)that answer these questions. Send your questions to[email protected]or on Twitter #nosotrasrespondemos.