When democracy saw pimping as part of sexual freedom 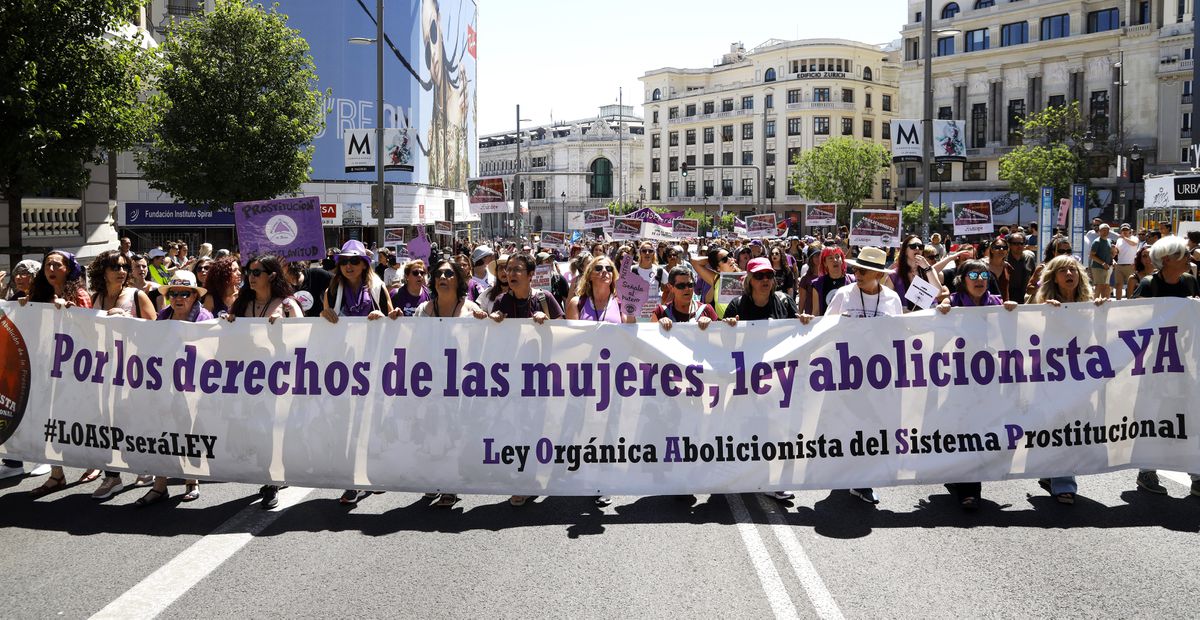 “Our position in this regard […] is that there is no reason to be prosecuted, that there is no reason if the man or woman who engages in prostitution does so as a result of a free choice, a choice made voluntarily and autonomously, and that this would be extremely absurd, since this is the Code in force, that in those cases where the practice of prostitution is a free and voluntary activity, it is not a crime for the man or woman who practices it, but a crime on the other hand for someone who facilitates this activity hires him. In our opinion, Mr. President, that makes no sense Pedro Jover Presa in the Justice and Home Affairs Commission, why his group understood that pimping in allegedly consensual prostitution had to be decriminalized. 27 years later, also at the suggestion of the PSOE, Congress has just decided to go the opposite way: to punish anyone who profits from prostitution.

The turn of the socialists is the reflection of a political, legal and social evolution that, for almost three decades, has shaped the legal treatment of prostitution in Spain, subjecting it to ups and downs and uncertainties that still weigh even on the fight against behaviors that already be punished. Probably no Socialist MP today would identify with those words of MP Jover, and the majority would dispute that thesis, but at the time they represented the position of the PSOE and most of the Chamber.

The context is important: in June 1995, the first major reform of the penal code since the restoration of democracy was being debated, and the aim was to eradicate all traces of Francoism. The dictatorship had outlawed all behavior related to prostitution, and its decriminalization seemed another symbol. “Formally everything was forbidden, but in practice no. There was tolerance and nobody was surprised that it was decriminalized,” warns criminal law professor Manuel Cancio.

MP Jover explained this in his speech collected in the Chamber’s journal: “It avoids and overcomes the preachy notions that remain in the current text and, as an essential legal right, fundamentally protects what needs to be protected. , i.e. the ability of the individual to freely exercise their sexual self-determination”. Under this glamor of sexual freedom, scuffles (living at the expense of the prostituted person), locating third parties (renting a premises to practice prostitution) and even bribery of minors were decriminalized, which was reintroduced in the penal code four years after. The punishment of the local third party penalized in the PSOE proposal passed by Congress last week struck Jover as “outrageous”. “What does the landlord have to do with it? He rents an apartment and whether or not there is any criminal activity going on there, it’s not his fault,” he exclaimed.

For former socialist MP Ángeles Álvarez, Spain left the country with the 1995 reform de facto from International Convention on Prostitution of 1950, which she joined in 1962, which penalizes anyone who “operates, manages, or knowingly assists in, or helps fund, a prostitution establishment.” The practical consequence of this reform was the incubation of the sex business in the public domain. “There used to be these places, the usual whiskey bars, but they didn’t have to hide anymore and the clubs grew,” Professor Cancio recalls.

Apart from a 1999 reform that first criminalized human trafficking for the purpose of sexual exploitation, the matter was not brought up again in court until 2001, when the CiU launched an offensive to reopen the debate. It was Jordi Xucla, then a young 28-year-old Senator who promoted her in his parliamentary group. On September 26, 2001, Xuclà asked then-Vice President and Interior Minister Mariano Rajoy if he planned to regulate prostitution. “What is the Spanish position on prostitution? abolitionist? Not a prohibitionist? Still regulatory? Either. We operate within a framework of lack of definition and tolerance that can become complacency if we do not respond to the profound changes that prostitution is undergoing. Rajoy assured that there are enough legal instruments to take action against exploitation networks and resorted to his proverbial ambiguity: “I don’t have a clear idea on this matter either, it’s very difficult and complex.” Xuclà recalls that Rajoy approached him after the session to tell him that it was better to leave things as they are, that there is no debate in society and there is no need to encourage it. “But we did it and all the groups got together and created a study commission on prostitution,” recalls the then senator, who is now far removed from politics.

At the same time, the CiU submitted a motion to call for the criminalization of pimping in the Criminal Code. Out of this came the 2003 reform, which repealed as a crime all conduct designed to profit from the sex trade. The new Article 188.1 punished anyone who “benefits from the exploitation of another person’s prostitution, even with that person’s consent”, but his subsequent legal journey was bizarre, to say the least. It was never clear if pimping was banned in all its forms or only when women were “exploited” financially and in the workplace.

Merce Pigen, a CiU representative who pushed the reform in Congress, affirms that her proposal, and what was approved, was to punish everyone who benefited from it except the prostitute. But the penalties provided for pimping and forced prostitution were the same (ranging from two to four years in prison), and the Supreme Court interpreted that it could not refer to every “exploitation” but only to “particular gravity”. is when violence, intimidation or deception has taken place because of the woman’s situation of “vulnerability or need”. “Maybe the wording wasn’t happy,” admits Pigem, who advocates removing the term “exploitation” to avoid double interpretations. “But what we did manage to do was to punish pimping in all its forms, and that proves that I’ve never felt so much pressure as in this debate, especially from the owners of the premises,” he recalls.

Legislative reform went so far in the opposite direction, however, that in 2015 the PP voted by an absolute majority to amend the law to bring what jurisprudence had solidified into the norm. Since then, the penal code has specified the cases in which there is “exploitation” according to the criteria established by the Supreme Court. During the debate on this reform, Socialist MP Ángeles Álvarez asked then-Justice Minister Alberto Ruiz-Gallardón if he planned to “legalize pimping”. “Introducing two subjective conditions that are almost impossible to prove will generally leave pimping behavior out of the penal code,” Álvarez lamented. The minister defended that he only wanted to establish “objective” criteria that would allow proof of the “exploitation situation”. “A situation of exploitation, how is it proven in court? With incriminating statements. Know? Of the woman who is forced into prostitution, who, of course, due to pressure from the pimp, will never appear in court to testify against it,” Gallardón warned. “It will never be necessary for the women themselves to testify, it will be enough to prove the objective situation,” he argued in defense of his reform.

Álvarez still regrets this reform. “It was sold as a useful measure, but it has legalized fact a situation: that soft pimping is not punished”. At that time, says the former MEP, the women of the PSOE were already rejecting the 1995 reform and, of course, the ones that followed. He recalled “internal disputes” with the “influential regulatory sector” that was defeated after Alfredo Pérez Rubalcaba entered the General Secretariat. “Alfredo is the first time the abolitionist concept has appeared and now it has been implemented in a bill for the first time,” said the former MP.