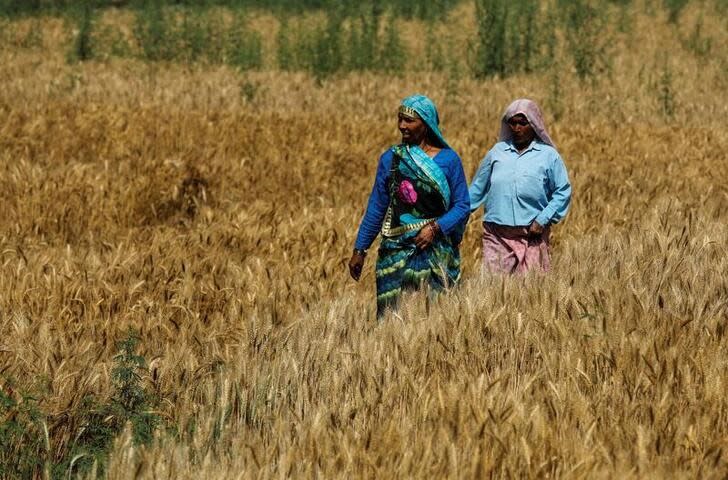 MUMBAI, March 15 (Reuters) – Chicago wheat futures rose on Tuesday, buoyed by concerns about the U.S. harvest following a drought in the key region and a temporary ban on grain shipments by part of the main exporter, Russia, to the countries of the former Soviet Union.

* Corn and soybeans fell on fears that demand from the world’s top consumer, China, could moderate due to rising COVID-19 cases.

* The most active wheat contract on the Chicago Grain Exchange (CBOT) was up 1.4% at $10.85 a bushel in early morning trading after sinking 15% in the past four sessions.

* Russia on Monday temporarily banned grain exports to countries of the former Soviet Union and most sugar shipments, but a senior minister said it would continue to issue special shipping licenses to operators within its current quota.

* A worsening drought in the southern plains of the United States is threatening the region’s winter wheat crop just as the Ukraine crisis hits global supplies.

* Short-term feed demand could moderate in China as coronavirus cases are rising at an alarming rate and this could force Beijing to impose further restrictions, a New Delhi-based trader said.

* Soybeans have also come under pressure as falling palm oil and soybean oil prices have squeezed crushing margins in the past week, the trader said.

(Reporting by Rajendra Jadhav. Editing in Spanish by Marion Giraldo)