What will the 49ers get for Jimmy Garoppolo? 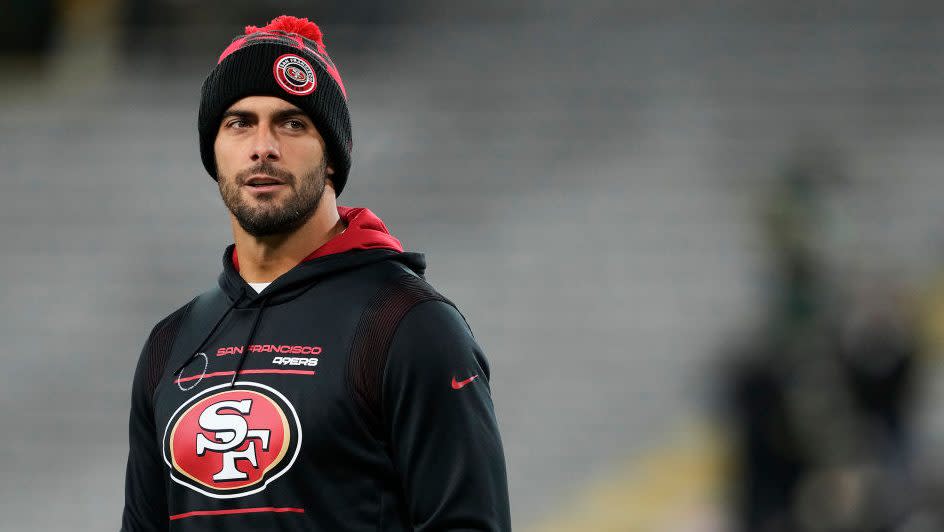 With Deshaun Watson landing in Cleveland, the rest of the quarterback market can move again. And while Baker Mayfield becomes the biggest name to land on the stop-start carousel, 49ers quarterback Jimmy Garoppolo remains the biggest question mark in this year’s veteran quarterback class.

In fact, the 49ers are trying to trade him. The Colts are the team considered in league circles to be the most interested.

Potential destinations beyond Indianapolis include, in our view, the Saints, Texans and maybe the Panthers. The Seahawks are likely looking for an upgrade, but it’s unclear if the 49ers would trade him in the division. (It happens; the Patriots sent Drew Bledsoe to the Bills in 2002, and the Eagles sent Donovan McNabb to Washington in 2010, to name the first two that come to mind.)

Garoppolo has a non-guaranteed compensation package of $25 million and is recovering from shoulder surgery. He is prone to injury. He is a fringe quarterback in the top half of the league. He also has no contract for 2023.

Yes. If the 49ers can get two second-round picks for Garoppolo, they should take them.

What will the 49ers get for Jimmy Garoppolo? originally appeared on Pro Football Talk