What weapons has the UK sent to Ukraine? 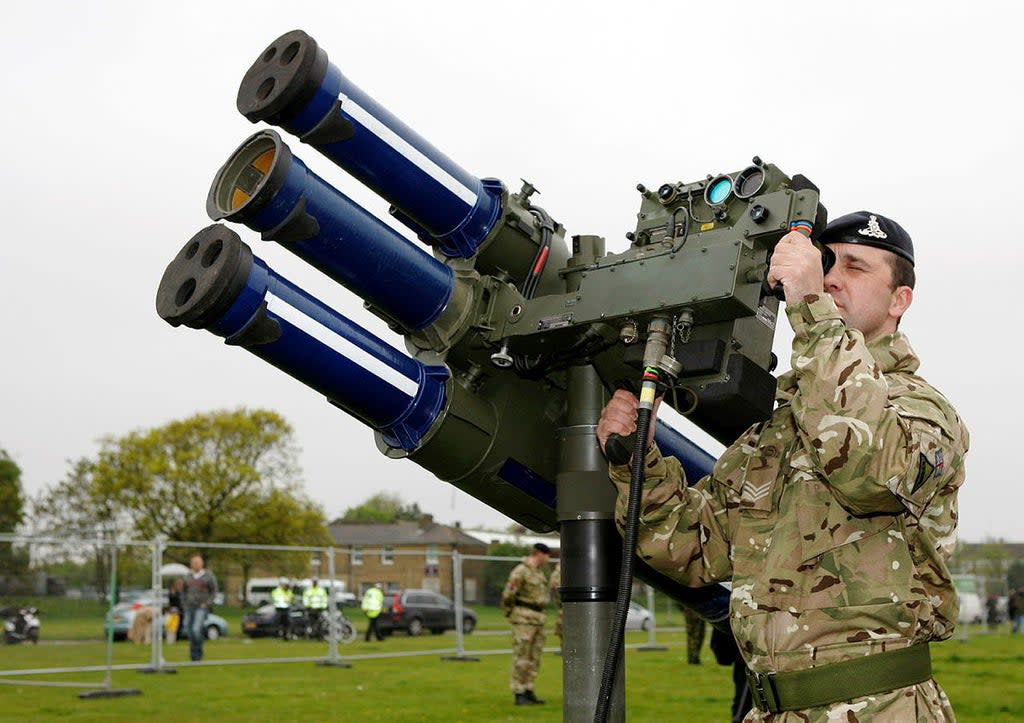 Ukraine’s ambassador to the UK has said the country’s military is running out of long-range anti-tank weaponry.

Speaking to Sky News on Wednesday, Vadym Prystaiko said soldiers “need to have something with a much greater distance” as Russia continues its attack on the country.

The UK has supplied a range of weapons to Ukraine and has also deployed a missile system in Poland.

What are these weapons, what exactly do they do and can the UK do more?

– What has the UK sent to Ukraine?

NLAW and Javelin anti-tank missiles and Starstreak anti-aircraft missiles are being provided to Ukraine.

The UK has supplied well over 4,000 NLAW anti-tank missiles to Ukraine, as well as a small number of Javelin missiles.

– What do these weapons do?

Both NLAWs and Javelins are shoulder-mounted missile systems designed to destroy tanks on the battlefield, but they also have some key differences.

Manufactured by the Swedish company Saab, the NLAWs have a range of up to 600 meters and weigh just 12.5 kilograms.

The missile can destroy “any main battle tank with a single shot by hitting it from above,” according to the British Army.

Unlike the NLAW, which uses a simple sight to aim, the Javelin uses a heat-seeking system to guide itself to the target. It has a greater range than the NLAW, up to 2,500 meters.

Meanwhile, Starstreak is an anti-aircraft missile and travels at more than three times the speed of sound. It can be shoulder mounted, attached to a vehicle, or fired from a ground launcher.

The missile is designed to target low-flying, very high-performance aircraft.

The UK will train the Ukrainian military to use this system, however the Ministry of Defense has said it will not reveal where such training will take place.

– Is there anything else that the UK has sent to the Ukrainian army?

In addition to weapons, the Ministry of Defense has supplied approximately 3,000 sets of bulletproof vests, 2,000 helmets and 4,000 boots to Ukraine.

Thousands of hearing protectors and sleeping mats have also been shipped.

– What weapons are sent to Poland?

Sky Saber, a long-range air defense system, is being deployed to Poland, along with approximately 100 British servicemen.

The Army says it can hit a tennis ball-sized object traveling at several times the speed of sound.

The system is made up of three different elements, including a radar, with a range of up to 120 km, that tracks targets.

A separate command and control center then links these targets to Land Ceptor missiles, which, traveling at speeds of up to 2,300 mph, can destroy fighter jets, drones and even bombs in flight.

– What else can be done?

For the Ministry of Defense, the support is not as simple as sending weapons, systems and equipment to Ukraine.

The Ukrainian military must be trained to use whatever the UK supplies. Before the Russian invasion, hundreds of British troops were in Ukraine training the country’s soldiers, but now they are gone.

With the invasion of Russia underway, efforts to supply Ukraine with any new type of weapon will need to be accompanied by training and education on how to use it.