What the newspapers say – March 15 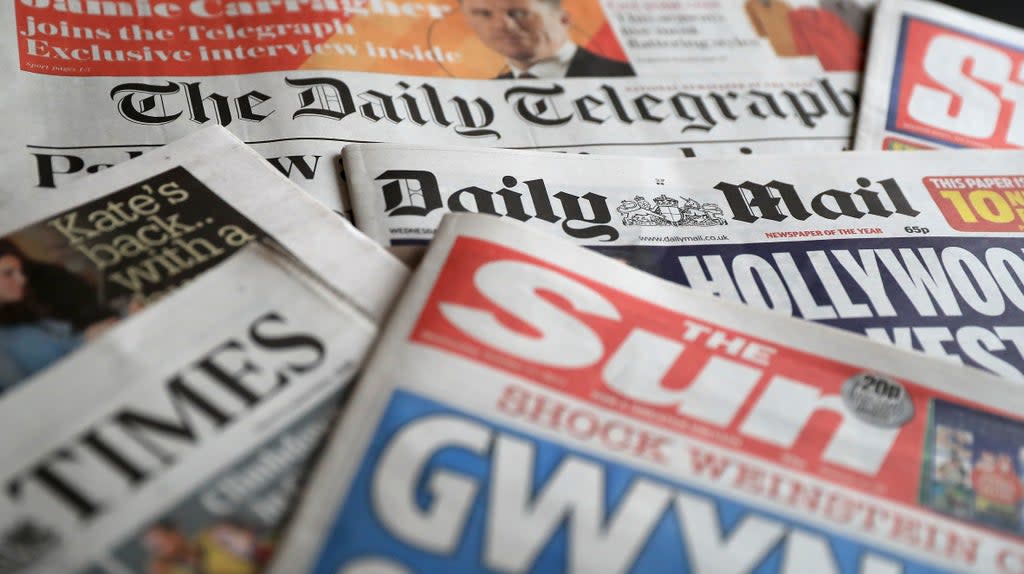 British responses to the war in Eastern Europe feature on many of the front pages.

the financial times quotes the US telling its allies that China has signaled its willingness to provide military support to Russia in Ukraine, with The Guardians reporting nearly 3 million people have felt the war.

A humanitarian corridor was used successfully for the first time in the war on Monday when invading forces allowed at least 160 cars to leave the southern city of Mariupol, according to the independent.

Boris Johnson has said The daily telegraph Western leaders had made a “terrible mistake” by allowing President Vladimir Putin to “get away with it” by annexing Crimea in 2014 and subsequently becoming “more dependent” on Russian energy sources.

the daily express other daily mirror report that three former British special forces soldiers are feared dead in Russia’s attack on a Ukrainian base near the Polish border.

the daily mail other I report that tens of thousands of Britons signed up for the sponsorship scheme to house Ukrainian refugees in its first hours, while The times says that the program’s website crashed immediately after opening. The story is also covered by Sun.

subway covers protesters who stormed a mansion owned by a sanctioned Russian oligarch in west London.

And the DiaryStar reports a scholar’s claim that the Shroud of Turin is just a tablecloth and not the face of Jesus, with the newspaper adding that “very mischievous monks did it as a scam to make money.”