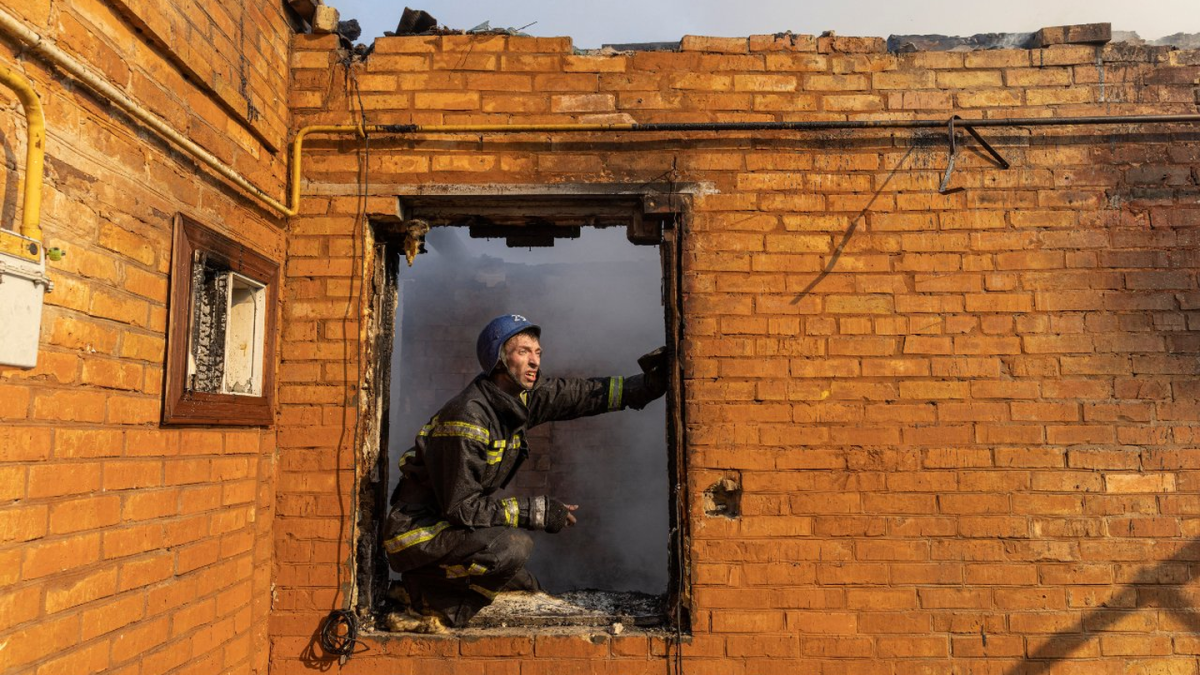 The United States accuses Russia of war crimes, Putin presents the West with a tough choice, and NATO is stepping up its presence in Eastern Europe. The morning summary

You are reading the newsletter “Now what?” on March 24, 2022. To receive the Sunday through Friday newsletter by mail, sign up here.

A month ago today the Russian war of aggression began. the president of ukraine Volodymyr Zelenskiy calls for protests around the world on this occasion.

According to the United States, Russian troops have committed war crimes in Ukraine.

According to the Ukrainian army, it has fended off an advance on kyiv. The fight for the besieged city of Izyum continues.

NATO wants to double its presence in Eastern Europe.

A resolution introduced by Russia failed in the UN Security Council. Apart from Russia, only China voted in favor of the draft resolution.

Olaf Scholz has declared its Russia policy in the Bundestag. However, the general debate was dominated by the leader of the opposition, reports my colleague Michael Schlieben.

“This war breaks all the rules”: The Federal Chancellor spoke with Tina Hildebrandt and Heinrich Wefing about the situation in the Ukraine, the German approach and their own mistakes. (Z+)

Russia only accepts rubles for gas deliveries to Europe. That presents the West with a delicate decision, my colleagues in the Economics Department analyze.

No home, no plan: Andrei Panow was deputy director of the Russian airline Aeroflot. When the war started, he fled to Israel. My colleague Ann-Kathrin Nezik met him. (Z+)

Russia wants to confiscate the leased planes to maintain civil air traffic. But many aircraft could only be used to a limited extent, reports our author Christian von Stülpnagel.

Maxim Biller no longer wants to be a writer. Because of the war, but also because of some reactions to it. (Z+)

Hannah Beitzer has been helping Ukrainian children at Berlin Central Station for three weeks. She wrote for us what she experienced during this time.

Madeleine Albright has died at the age of 84. She was the first woman to head the United States Department of State.

According to our data, 304,395 new corona cases were registered yesterday, 25,443 more than a week ago and more than at any time since the start of the pandemic. In addition, 328 deaths were recorded, 33 more than in the previous week.

Do you still have some time? I recommend these texts.

Corona is not finished, but Christian Drosten is finishing his podcast. Why? And how will the pandemic continue? My colleague Andreas Sentker spoke with the virologist at Charité.

What to do if there is a conflict at work? Our author Antonia Schaefer asked a mediator. (Z+)

Salad is okay, but not my thing. The best salad dressings for every occasion could change that. (Z+)

On the sister podcast of this newsletter Now what? Today we debate whether more arms shipments to Ukraine will prolong the war or help end it. It is also about the flight of young Russians.

That was our shortest possible newsletter in the morning. Do you have any suggestions for the next issue? What do you like, what annoys you, what do you lack? Write us! Please forward this newsletter to others. You can subscribe here.

The editorial deadline was today at 5:30 am. Mathias Peer did the legwork in Bangkok. There was a bit of a rush in Berlin: if you finish the newsletter earlier, you can shower undisturbed longer.