What is the war doing to us in the media? 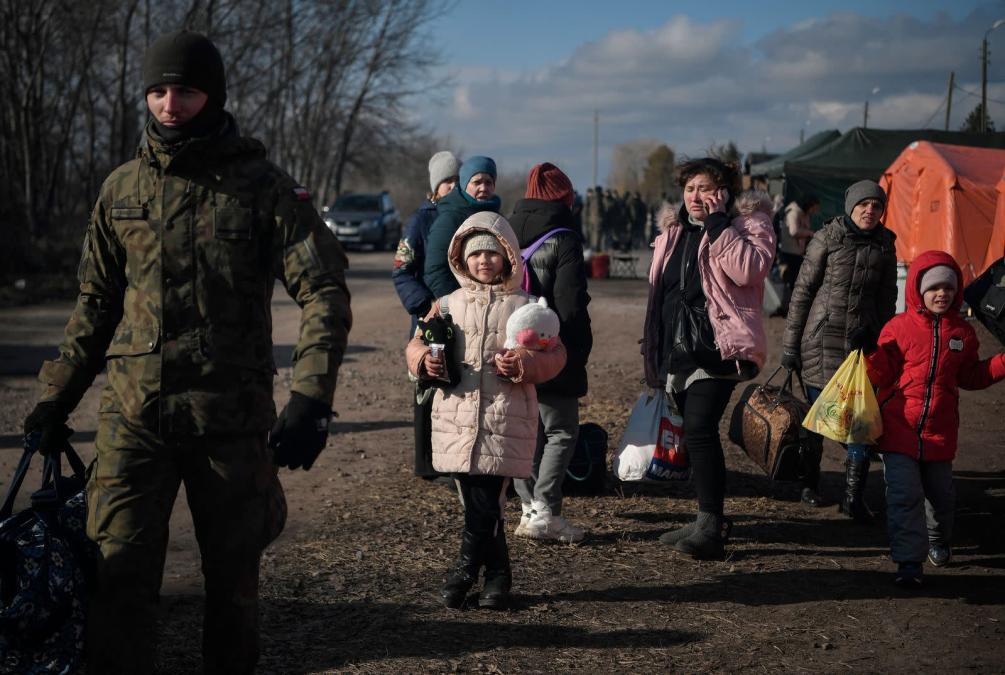 Images of the war in Ukraine, some of them horrifying, reach us every day on television and the Internet. What does this media noise and social media “shift of fate” do to us in the long run? Psychologists give the answer and advice on how to deal with it.

Cities bombed, livelihoods devastated, desperate people fleeing: since the beginning of the war in Ukraine, the daily images in the media have been similar. On television, between the magazines in the morning and the news at night, we get war reports in a continuous loop, stations like n-tv have hardly known anything else for weeks. Not to mention social networks, where photos, videos and therefore also propaganda spread rapidly, mostly without control. “Doomscrolling” is the name of a phenomenon already known by the coronavirus pandemic: we look at the bad news on the Facebook and Instagram timelines of our smartphones and we can’t stop. What does this incessant noise of war do to us in the long run? Psychologists clarify – paradoxically halfway between the images of the bunker and the panic of nuclear war – on television and the Internet the consequences of media consumption in times of war.

The images and reports in the media created a sense of insecurity that went against our existential need for security, explains psychologist Nesibe Özdemir in the “psychologeek” format of the Funk youth network of ARD and ZDF. To combat this, we develop control strategies, such as the aforementioned “doom shift”. Although information is being absorbed all the time, news consumption is often very passive, according to the expert. This can increase feelings of helplessness and helplessness. With “Doomscrolling” “you constantly switch between the tension because you read something bad and the relaxation when you find nothing bad,” also classifies WDR science journalist Christina Sartori in a contribution from the station.

You can observe it in yourself and in the people around you: not everyone is equally susceptible to the media-triggered fear of war. It depends on the ratings, confirms the psychologist Özdemir in the radio video: Do ​​you take the news seriously or do you feel directly threatened here in Germany, for example? The latter can be problematic, as psychologists agree: Fainting can create a “downward spiral” that’s not so easy to get out of, Özdemir says. One feels a loss of control, says the psychotherapist Heide Glaesmer of the Leipzig University Hospital in an interview with “MDR um 4”, and that “without really being able to act”.

But what to do once you are caught up in it after extensive media consumption? Here, too, the experts have advice: anti-war fear advice seems to form a small subgenre online and on TV. It’s important to “question the thoughts behind it,” advises psychologist Özdemir: “Is that really true, am I really powerless?” His colleague Ruth Marquardt similarly argued in an interview with n-tv: “Is what I’m thinking in my head really real?” – With this question, according to the psychologist, you can simply reorient yourself again and again. The expert also has very specific advice for dealing with fear and panic in such situations: With breathing and other exercises you can get out of “inner fight or flight mode.”

“We get the information, but we don’t have the frame of reference”

So, in order to avoid this “downward spiral”, wouldn’t it be easier to completely dispense with pictures of soldiers and tanks, the consumption of martial speeches and sad reports of defenseless victims? “The most important thing is a certain abstinence from the news,” says MDR expert Glaesmer. She recommends for people who find it very difficult to watch the news once a day; otherwise, for us: “TV off.” You can also structure your day differently and do positive things, according to the psychologist from Leipzig. Similar advice applies to smartphone use: “Psychologists Say: No Doomscrolling,” the WDR quotes its science journalist. Of course, “it’s also completely fine to say: I’ll retire, I’ll retire, I’ll do something else, otherwise it will be too much for me,” says Christina Sartori.

Limit media consumption as soon as you feel overwhelmed and overloaded; psychologist Nesibe Özdemir also advises Funk to do this. The constant availability of information gives each individual a certain responsibility for handling it, this also applies to his own burden. “We don’t have to absorb all the information we have all the time,” says the psychotherapist. The problem is that “we get the information, but we don’t have the frame of reference”. After all, not everyone is an expert on Ukraine or politics. Therefore, a distinction must be made between the quality of individual pieces of information. It is recommended, for example, to follow journalists online who have already pre-filtered the news and put it in a frame of reference.

“The picture says: put an end to it”

As with corona and the refugee crisis, the media treatment of the Ukraine war seems to be about credibility and reliability, including the accompanying uncertainty caused by “fake news”, “bubbles of filter” and propaganda material. This applies even more to images and videos of cities destroyed and civilians bombed, as Susan Sonntag pointed out in her 2003 book “Looking at the Suffering of Others”: Portraying the victims leads to simplification and the “illusion of consensus”. “. according to the philosopher in her oft-quoted essay on war photography.

But at the same time, Sonntag emphasized another effect of the media portrayal of war in his work: “The image says: stop this, intervene, act. And this is the decisive reaction, the correct one.” Perhaps, one can hope in view of the huge wave of solidarity with the refugees, that the images of the war in Ukraine broadcast on television and the Internet will not only cause uncertainty and feelings of helplessness, but also a kind of enlightenment, with an attitude positive, completely humanistic. Consequences.