What is driving the nationalist violence on the French island of Corsica? 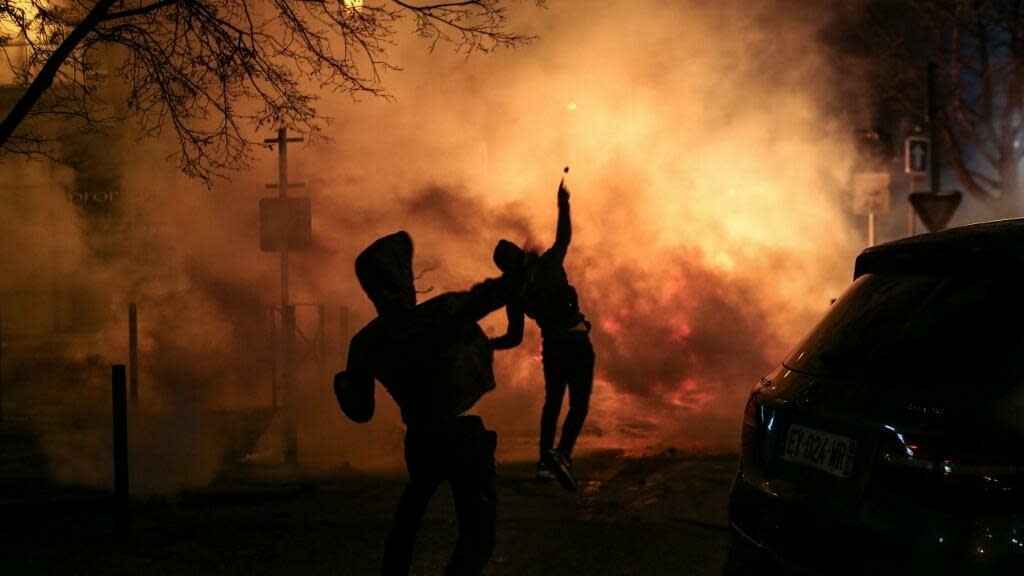 A brutal prison assault on prominent Corsican nationalist Yvan Colonna has brought thousands to the streets to protest against the French state. Students, but also schoolchildren as young as 12, are leading the angry and sometimes violent demonstrations.

Between 7,000 and 10,000 people marched in the northern city of Bastia on Sunday, responding to a call by nationalists for the immediate release of political prisoners, more autonomy for the island and better recognition of the Corsican people and their language.

But once again the protest turned violent when several hundred youths in balaclavas attacked the prefecture, torching a public tax office, setting fire to the national tricolor flag and firing projectiles at the police.

It is the latest in a series of clashes between islanders and police, prompting France’s interior minister to announce that he would travel to Corsica on Wednesday and Thursday this week.

“Calm must be restored immediately,” the minister said in a statement.

But it will take more than instructions from Paris to defuse the anger that has been building since March 2 when imprisoned nationalist Yvan Colonna was brutally attacked by a fellow prisoner serving time for terrorism offences.

Colonna is serving a life sentence for the 1998 murder of Claude Erignac, who as prefect of Corsica embodied the power of the French state on an island with a history of separatist violence.

The former pastor, seen by some as a symbol of resistance to the French state, is still in a coma.

The protests, organized by nationalist groups and student unions, have attracted a wide section of Corsican society.

“Corsican nationalism has become much more popular and has gone beyond politics, appealing to all social classes and ages,” political scientist Thierry Dominici told RFI.

Those who riot, however, are mainly young: middle school, high school and college students.

“This social category did not experience armed violence [from the 70s to turn of the century] but they are engaged in a struggle: to resist France as a colonial state,” Dominici said.

Most had not even been born at the time of Erignac’s murder.

“I was only one year old in 1998, but the Yvan Colonna affair lasted for years: the trial, the demonstrations in Ajaccio and Bastia, marked our childhood,” says Pierre-Joseph Paganelli, 24, president of the Nationalists. student union Cunsulta di a Ghjuventu Corsa (CGC).

“Our militancy was built through that, we learned about political prisoners, we grew up with that.”

Last Monday, about 50 colleges and universities, as well as the university, were affected by the blockades.

Recent protests have crystallized around the fact that Colonna was being held in a prison on the mainland due to his “special status” known as DPS.

For years, nationalists had called for him to be transferred to a prison in Corsica to be near family and friends; a request by French authorities denied on the grounds that the island’s only prison could not provide sufficient surveillance.

In December 2020, the national commission in charge of renewing DPS status recommended that it be lifted, but Prime Minister Jean Castex overruled the decision.

“If he had been transferred, the attack would not have happened,” Paganelli told RFI at the Corte line, home to the main campus of the University of Corsica.

The circumstances of the attack have also shocked many islanders: Colonna was beaten, choked and strangled for more than eight minutes in the gym of what was supposed to be a high-security unit.

“How could they be alone together for so long and how could such an act have happened without the intervention of the prison guards?” asks Paganelli, echoing the sentiments of many Corsicans.

“We demand truth and justice.”

The protesters brandish the nationalist slogan “Statu Francese Assassinu” (The French state is a murderer).

“We are expressing our indignation and anger,” explains Paganelli. “The State interfered with justice by blocking the transfer of Colonna and other political prisoners. Therefore, we consider that the State is co-responsible for what happened.”

France’s anti-terrorism prosecutor has announced an official investigation into what has been called a “terrorist crime”.

And on Tuesday of last week, Prime Minister Castex said Colonna’s DPS status would be lifted, paving the way for his move to the island.

Castex has yet to visit the island as prime minister and his act was seen as a provocation.

“They lifted his status because in effect Colonna can no longer be considered a danger, he is in a coma; it is not a political act”, says Paganelli. “It is adding fuel to the fire and even making people angry.”

On Wednesday night, protesters set fire to the courtroom in the capital Ajaccio.

On Friday, Prime Minister Castex made a further gesture by announcing that the other two “Érignac commando” detainees, Pierre Alessandri and Alain Ferrandi, would also have their DPS status lifted, allowing them to return to the island.

Paganelli welcomed the announcement but said it was far from enough.

“We ask that the political prisoners be released on bail – what the law provides – and that the question of Corsica be put on the table.”

With the presidential election just a month away, “we are at a crucial moment,” he says. “It is time to bring the question of Corsica to the debate because we have the impression that we do not count and that whatever we do is useless.”

President Macron has said he is open to adding specific mention of Corsica in the French constitution, but has rejected broader demands for autonomy.

Since 2015, the nationalists have made significant gains through the ballot box and now control around 70 percent of the island’s regional assembly.

But young people have not noticed much change.

Recent data suggests that a quarter of the 16-29 age group is unemployed or inactive, and has fewer opportunities than on the continent.

For Armand Occhiolini, president of the Ghjuventu Paolina student union, “the nationalists, and the Corsican people as a whole, are not sufficiently considered by the state.”

“We want to be able to develop our island. We young people have seen the nationalists win elections, but they don’t give us anything,” said the 20-year-old. The cross Newspaper. “So what is the point of protesting through institutions? There is a risk that the violence will escalate.”

Paganelli agrees that change needs to come faster and that means increasing the pressure on Paris.

“We supported the nationalists in 2015 and 2017, but there has been little response to our demands, so there is necessarily a feeling of abandonment.”

Nationalism has historically expressed itself in three ways: through struggles at the institutional level, at the grassroots level, and through armed struggle, which was definitively abandoned in 2014 when the FLNC laid down its arms.

“When the nationalists came to power, the struggle on the ground was also abandoned”, says Paganelli, “but if we limit ourselves to the institutional struggle, the violence will return. That is obviously not desirable.”

The violence is back: young protesters have been using Molotov cocktails, metal petanque balls, iron bars and dumbbells, according to police.

There have been dozens of wounded on both sides.

Local media reported on children as young as 10 years old who participated in the riots.

“I am in favor of violence,” Antoine, 14, told Corse net info about Sunday’s protest in Bastia. “It’s better to provoke the riot police than to let them drink coffee in their vans.”

For others, violence is unacceptable.

“Not everyone is here to support Yvan and his family. Some don’t even know who he is. They are here to beat up the police. It’s like a video game for them,” laments high school student Julie, also at Sunday’s march. .

Pierre-Ange, an activist with Bastia’s nationalist youth movement, told RFI that the police were inflaming the situation.

“A young man in Ajaccio was shot in the head with an LBD rubber bullet, he has scars from ear to ear, his life is ruined,” the 22-year-old criticized.

“Another young man was shot in the neck. And yet they say that we are to blame, that we should not demonstrate because we are not in the [Colonna] family or whatever. It is not true, everyone feels worried,” she said.

“The fight has been going on for 50 years. Our parents, grandparents and ancestors fought to defend our land and we cannot let that go to waste.”

Gilles Simeoni, autonomist president of the executive council of Corsica, has called for calm and has asked young people not to take risks.

While he welcomed the change in prisoners’ status, he argued that it will not be enough to calm “the explosive situation” on the island.

He asked Paris to make more strong and immediate gestures, in particular a parliamentary investigation commission to investigate the assault on Yvan Colonna with “guarantees of impartiality and independence”.