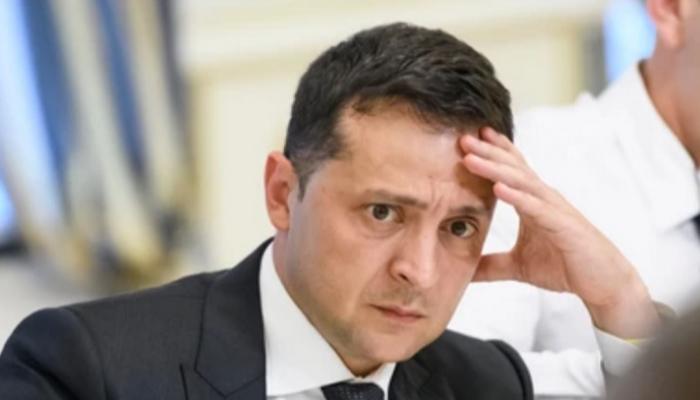 A full month after the Russo-Ukrainian war saw military and diplomatic battles but raised a big question for Ukrainians: What if President Zelensky dies?

Terrifying numbers for the last thirty days, perhaps the most prominent of which were announced by Ukrainian President Volodymyr Zelensky himself hours before Russia launched more than 1,000 missiles and countless bombs on his country.

With the announcement by the mayor of the Ukrainian capital, kyiv, Vitali Klitschko, that the city witnessed several explosions, on Sunday night, in presidential buildings and a shopping area, fears related to the fate of President Zelensky have increased.

But on March 6, US Secretary of State Anthony Blinken answered the most difficult question for Ukrainians: what if Zelensky had died?

Business Insider quotes Blinken as telling CBS that Ukraine has “plans in place” to ensure “government continuity one way or another” if the number one man in kyiv dies.

For the past four weeks, Zelensky has remained at the forefront of Ukraine’s defense against Russia despite reports of at least one assassination attempt and an attack near his presidential residence.

“The Ukrainians have plans that I’m not going to talk about or go into detail about to make sure there is what we might call continuity of government one way or another,” he said. “Let me leave it like that.”

A Ukrainian security and defense official confirmed that his country’s forces had foiled an assassination plot against Zelensky with the help of members of the Russian security services, he said.

Zelensky himself scoffed at the Russians after one of his top aides claimed that what appeared to be shrapnel from a missile had landed near the presidential residence in kyiv.

Ukraine’s press secretary Sergei Nikiforov posted on Facebook that a visible piece of a missile had been found near the presidential residence, before Zelensky replied: “It has been lost.”

Blinken did not elaborate on Ukraine’s plans in the event of Zelensky’s death, but said the world needed to prepare for this conflict to continue “for some time” despite sanctions against Russia by Western countries.

Since the offensive began on February 24, Russia in the first days controlled the main city of Kherson, as well as a nuclear power plant in Zaporizhia.

On Thursday, the United States announced “a set of sanctions that include both political” and “financial” figures from Russia, US National Security Adviser Jake Sullivan, who is accompanying President Joe Sullivan, said on Wednesday. Biden to Europe. .

Biden is headed to Brussels for a NATO-European Union summit to discuss the Russo-Ukrainian war.

Washington has imposed strict sanctions on Moscow and various Russian figures since President Vladimir Putin decided to launch a special operation in Ukraine a month ago.

Britain and the European Union also imposed sanctions on Roman Abramovich, owner of Chelsea Football Club, but the United States has refrained from doing so.

The Wall Street Journal reported on Wednesday that Ukrainian President Volodymyr Zelensky asked Biden not to impose sanctions on Abramovich, saying the Russian billionaire could play a role in reaching a peace deal with Moscow.