What can Russia’s “Kinzhal” hypersonic missile do and how great is the danger to NATO? 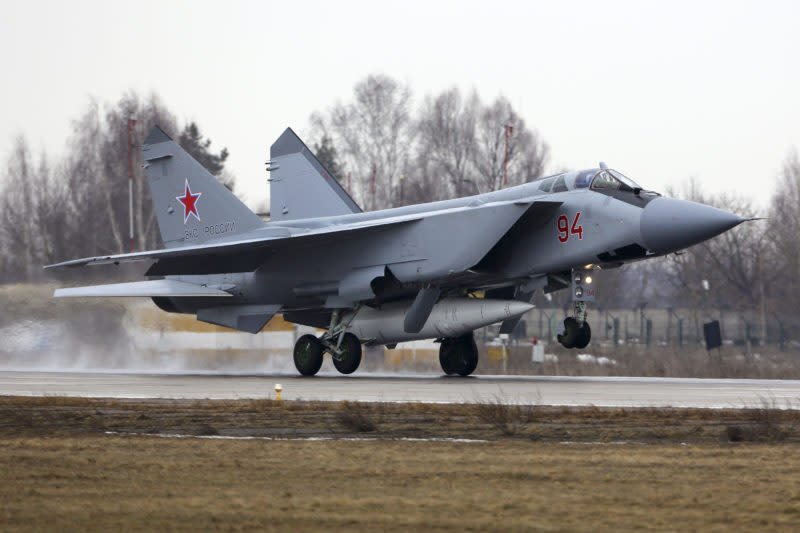 The Russian armed forces used Kinzhal hypersonic missiles for the first time during the war of aggression in Ukraine. According to Russian Defense Ministry spokesman Igor Konashenko, an underground weapons depot in Delyatyn, Ukraine, was destroyed on Friday, some 100 kilometers from the border with NATO member state Romania. Meanwhile, there are doubts about the description that it was actually just a farm. But on Sunday, the Russian military reportedly attacked a fuel depot in Mykolaiv to the south.

Either way, the West is concerned about the missiles, which are difficult to intercept. What can Kinschal do and how great is the danger to NATO? A general vision.

What are hypersonic missiles?

Russia is the first country in the world to develop hypersonic missiles. The Kremlin’s original idea behind this was to be able to overcome the American missile shield in Europe in case of war. China and the US are now also working on the development of modern missiles. By hypersonic we mean anything that reaches a speed greater than five times the speed of sound, that is, greater than 6,100 km/h. The rockets are particularly distinguished by the fact that they are easy to maneuver even at extreme speeds. Therefore, they are much more difficult to intercept than conventional missiles.

What can the kinsha do?

Russian President Vladimir Putin described the Kinshah – “dagger” in Russian – as an “ideal weapon” when it was unveiled in March 2018, the British “Guardian” reported. It flies up to ten times the speed of sound and can change altitude and direction at any speed. They reach a speed of around 12,000 kilometers per hour. Destinations can be between 1,000 and 2,000 kilometers away. This means that hypersonic missiles could reach Western Europe from Moscow in a few minutes and, according to Russian information, also defeat the US air defense system.

The missiles can also use conventional warheads with greater speed and accuracy than others, but they could also be armed with nuclear warheads. According to the BR report, military expert and head of a research center in Moscow, Vasily Kashin, spoke of a “world premiere” shortly after the Kinzhal missile was deployed last week. Apparently, the Russian military wanted to use the missile in combat conditions from the very beginning.

How big is the danger to NATO?

NATO is concerned about the Russian use of hypersonic missiles because they create strategic uncertainty. In the case of an attack on Western Europe, the speed of sound makes it unclear whether it is a conventional missile or a nuclear missile. “Hypersonic missiles, with their novel combination of speed and maneuverability, can outperform all current missile defense systems and radically reduce the reaction time of the attacked actor,” notes a report from the 2019 Munich Security Conference.

According to experts, at the moment there does not seem to be any direct danger to NATO. The use of modern missiles has above all a symbolic power and gives Russia a psychological rather than a strategic advantage, Russian military expert Pavel Felgenhauer told BR. “In the end, it won’t change the nature of the fight. But it has an effect on psychological propaganda meant to scare the whole world,” Felsenhauer said.

US Defense Secretary Lloyd Austin also told CBS on Sunday that he did not consider the use of Kinschal a “game changer” in the course of the war. Given the clear resistance of the Ukrainian population and military, Putin hopes that the use of weapons will give his troops a head start again. However, the fact that Russia is firing the hypersonic missiles is worrying: it shows that Russia is reluctant to use a few means to completely take over Ukraine.

How do German politicians evaluate the use of Kinschal?

The Bundestag agrees with NATO’s tenor. Foreign policy spokesman for the FDP parliamentary group, Ulrich Lechte, called the mission “historic and on another level of escalation.” CDU defense politician Johann Wadephul told the “Welt” newspaper that the hypersonic weapons were a clear signal from Russia to NATO: “Do not interfere, because we have weapons against which they can hardly defend themselves.” This “capability gap” in NATO needs to be closed urgently.