“What can dogs do for that?” 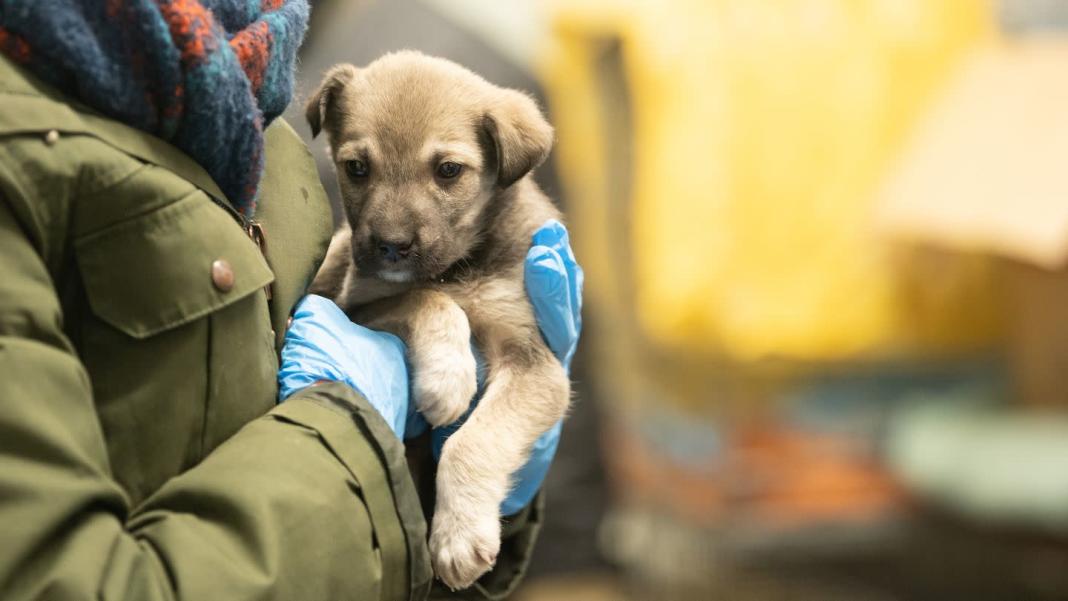 Medyka (dpa) – It was already dark when Sascha Winkler drives his white minibus into the yard of an abandoned farm in Medyka, eastern Poland. Loud barks, eager barks and pleading moans come from the cellar.

“I have 23 dogs, a lot of puppies,” says Winkler. Before dawn, the animal rights activist set out to rescue abandoned dogs from war-torn Ukraine. He is now finally back in Poland, and the dogs are safe. For now, they can stay in a makeshift shelter set up by the Polish Centaurus Foundation at the disused farm in Medyka.

Less than two kilometers from the stables of the abandoned farm, human tragedies unfold. Tens of thousands of refugees from Ukraine arrive every day at the Medyka-Schehyni crossing point on the Polish-Ukrainian border. They are fleeing from Russian missiles and bombs that are destroying their homeland. Polish border guards have counted 1.7 million refugees since the start of the war.

There is often no place for dogs and cats.

“When people have to flee, many leave their pets behind,” says Sascha Winkler. This is the 12th animal rescue trip to Ukraine for the 35-year-old businessman from Chemnitz. On the crowded trains bringing refugees from Ukraine, there is often no room for cats and dogs. “Especially taking bitches with puppies is practically impossible.” There are local animal shelters and animal rights activists in Ukraine who take in abandoned four-legged friends, says Winkler. But his options have been exhausted.

That is why he left in the morning with two other drivers to bring donated animal feed to Ukraine and pick up dogs from the cities of Brody and Radekhiv, near Lviv. As he says, Winkler is not afraid of war. “I was with the Bundeswehr in Afghanistan, I’ve seen worse.”

Dominik Nawa brought five dogs from the city of Stryj, in western Ukraine, in his blue van. “Four puppies and their mother. A woman found them tied up in front of the church in Stryj,” says the 46-year-old, who runs a sanctuary for horses, donkeys and goats in Silesia.

Many puppies with their mothers.

A dozen volunteers from Poland, Ukraine, Germany and the United States help unload the cages, covered in fleece blankets, from delivery vans. There are many cubs with their mothers. Animal rights activists pet the frightened puppies and carefully carry them to warm containers. “My grandmother had to run away as a child and she couldn’t take her black Spitz with her. She never let it go, she kept talking about the “Mohrchen” of her », says Stefanie Seelmann from Munich. And she quietly adds, “What can dogs do for that?”

The makeshift animal sanctuary at Medyka is just a transition station for the cats and dogs that are also sheltered here. Paul came from Dresden to bring animals to Germany. “As many as fit in my car.” At home he has found a private animal shelter that will take her in. And some masters and lovers who are already looking forward to her new love.