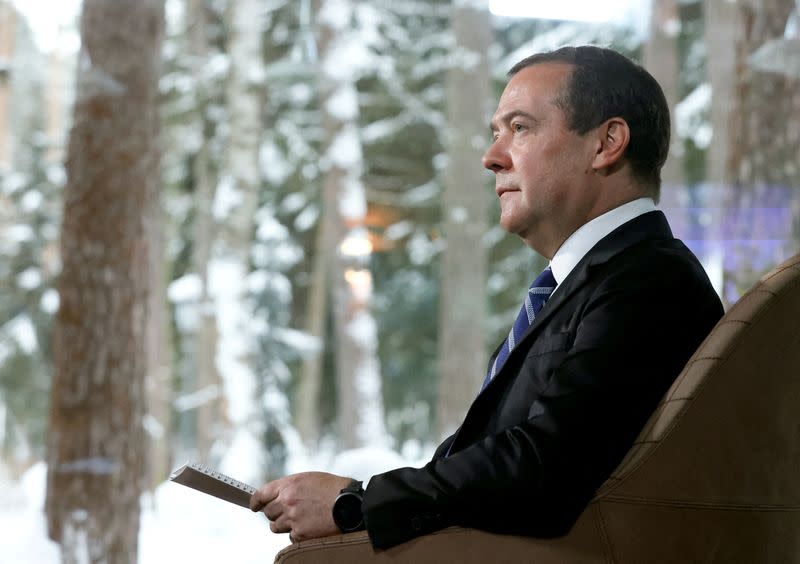 (Reuters) – It is “foolish” to believe that Western sanctions against Russian companies could have any effect on the government in Moscow, former Russian President and deputy head of the security council Dmitry Medvedev said on Friday.

The sanctions will only consolidate Russian society and will not provoke popular discontent with the authorities, Medvedev told Russia’s RIA news agency in an interview.

The West has imposed a series of sanctions on Russia following its invasion of Ukraine, but a month into the war, the Kremlin says it will continue the assault until it achieves its goals of “demilitarizing and denazifying” Ukraine.

Some of the sanctions have specifically targeted billionaire businessmen who are believed to be close to President Vladimir Putin.

“Let’s ask ourselves: can any of these important businessmen have the slightest amount of influence in the leadership position of the country?” Medvedev said.

He lashed out at Russians who spoke out against the invasion while staying outside of Russia:

“But you can’t take a stand against the state in such a difficult situation, because this is treason.”

Thousands of people were detained earlier this month in protests across Russia against Putin’s invasion of Ukraine, according to an independent protest monitoring group.