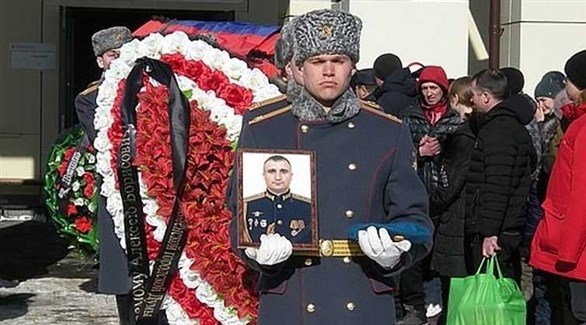 A Western official on Friday announced the names of seven Russian generals he said had been killed so far and one deposed during the war in Ukraine.

The latest death was that of Lt. Gen. Yakov Rezanteev, commander of the 49th Combined Arms Army in Russia’s Southern Military District, an official said.

Meanwhile, it was announced earlier this week that General Vlaslav Yershov had been fired from the Sixth Combined Arms Army.

It was reported that his sudden dismissal was caused by the heavy losses and strategic failures witnessed during the Russian army’s invasion of Ukraine.

Among the dead was General Magomed Tochaev of the Chechen special forces sent by Russian President Vladimir Putin to Ukraine.

Western military officials were shocked by the large number of Russian soldiers, non-commissioned officers and senior officers killed in the war that has been going on for about a month.

The high death toll was attributed in part to logistical and communication problems that led senior officers to use unencrypted communication channels that exposed Ukrainian forces.

The Kremlin announced on Friday that just over 1,300 Russian soldiers had been killed in the war, but there are reliable estimates in Western capitals of up to 4 or 5 times that figure.

The authorities believe that around 20 of the tactical battalions deployed in Ukraine, numbering between 115 and 120, “are no longer combat effective” due to the losses suffered.

The Western official added that “when about a sixth of their forces become combatively ineffective after a month of battles, this is remarkable.”

He also claimed that the commander of the 37th Motor Rifle Brigade in Russia was killed by his forces “as a result of the magnitude of the losses suffered by the brigade”.

“We believe that he was deliberately killed by his forces,” added the official, who noted that he was “run over.”

He viewed this as another sign of the “moral challenges facing Russian forces”.

The Western official concluded that the Russian forces “found themselves in a hornet’s den and were suffering greatly.”