Western countries confirm the failure of the Russian offensive, despite the continuous bombing of Ukrainian cities 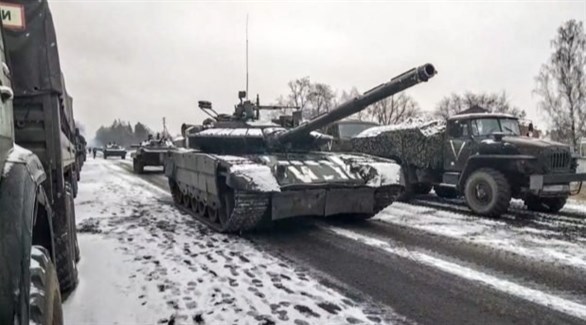 Western countries said Thursday that Russian forces are shelling Ukrainian cities and killing civilians but making no headway on the ground, with the war Moscow expected to win just days into its fourth week.

Local officials said rescuers on the southern coast of Mariupol were searching through the ruins of a theater where women and children were sheltering, which was shelled yesterday by Russian forces.

Russian forces began allowing some to leave in private cars this week, but are preventing aid convoys from reaching the city.

The governor of the city of Chernihiv, Vyacheslav Chaus, which was subjected to heavy shelling, confirmed the death of 53 civilians in the last 24 hours. It was not possible to verify the number from an independent source.

In the capital kyiv, a building in the Darnitsky district was badly damaged by what authorities said was the remains of a missile that was launched in the early hours of the morning.

Although both sides hinted at limited progress in peace talks, Russian President Vladimir Putin, who ordered the invasion on February 24, showed no signs of abating.

In a harshly worded speech, Putin denounced the “traitors and scum” at home who helped the West, saying the Russian people will spit on them like mosquitoes.

“(The plot) will not succeed… Russia has the strength to stop all our enemies to the limit,” he added.

kyiv and its Western allies believe that Russia launched the war to subjugate its neighbor, whom Putin calls artificial, and isolate it from Russia.

Moscow says it is carrying out a “special operation” to disarm Ukraine and rid it of the Nazis.

Despite the large numerical difference in favor of the Russian forces, the Ukrainian forces have prevented them from controlling any major cities so far, despite the largest attack on a European country since World War II.

More than 3 million Ukrainians have fled so far and thousands of civilians and fighters have been killed.

stopped on all fronts
Ukrainian President Volodymyr Zelensky cited the Berlin Wall and the Holocaust in a video-link speech to the German parliament, a day after a similar speech to the US Congress.

Russia attacked Ukraine from 4 directions, sending two large columns towards Kyiv from the northwest and from the northeast, advancing from the east near Kharkiv, Ukraine’s second largest city, and spreading south into Crimea.

But British military intelligence said on Thursday that the invasion had “largely stopped on all fronts” and that Russian forces had suffered heavy losses from fierce and well-coordinated Ukrainian resistance.

Although the fighting continued unabated, the two sides reported progress in the talks. Ukrainian officials said they believed Russia did not have enough forces to continue the fight and might soon come to terms with its failure to topple the Ukrainian government.

Moscow has said it is close to agreeing on a formula that would preserve Ukraine’s neutrality, one of its longstanding demands.