Welcome to the multiverse: guide not to get lost in the Marvel television universe 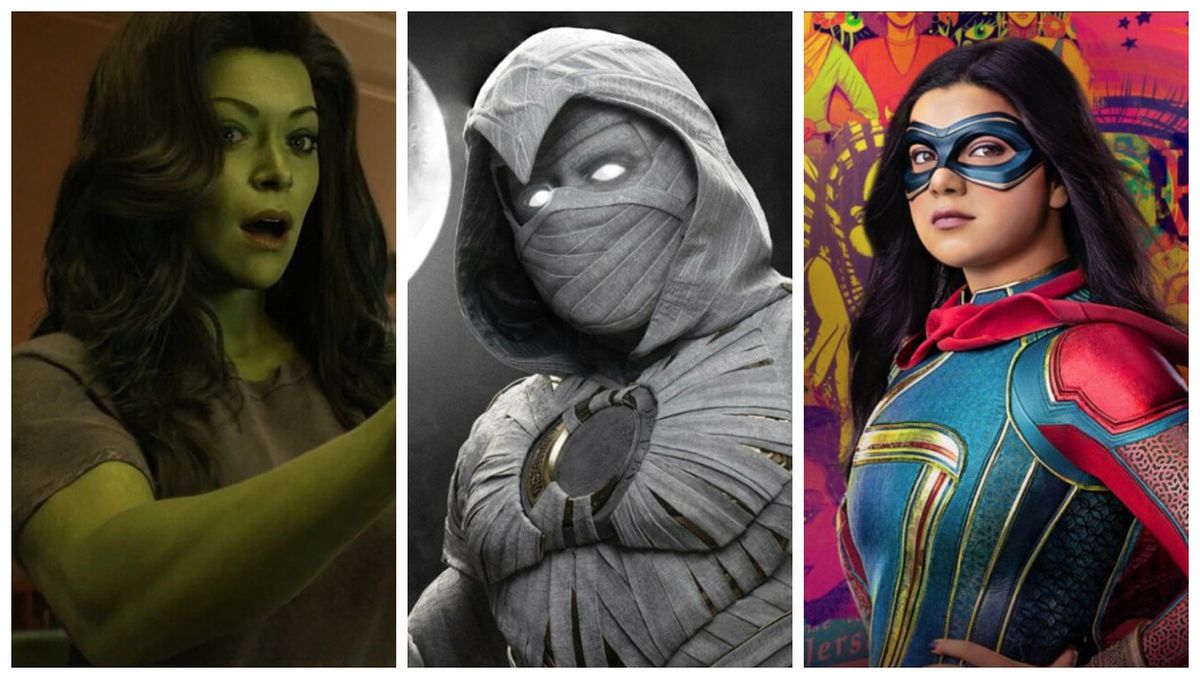 Three years ago, Earth’s Mightiest Heroes defeated Thanos. With this win, the Avengers ended their phase as we know it from the movies. And veterans like Iron Man, Captain America or Black Widow said goodbye to the group. But aside from recording the highest-grossing film in history, Marvel put a stop to that Infinity Saga and began the transition to the newly baptized multiverse Saga, officially unveiled last Saturday at San Diego Comic Con. Master of Ceremonies was Marvel Studios President Kevin Feige, one of those responsible for what is happening to the cinematic universe now: what stories they want to tell, who their next protagonists will be and where they are going. Much of this mystery was solved after an hour of announcements in which Feige revealed Marvel Studios’ future projects for the next three years. In order not to get lost between these 40 premieres, we explain what the roadmap looks like in this new television stage of the Marvel Cinematic Universe (UCM).

To make life easier for viewers, for a number of years Marvel has been grouping its productions into phases that are ordered numerically. These in turn form the great sagas, of which only two are currently known: the first, with Thanos as the great villain, was the Infinity Saga (2008-2019), which grouped the first three phases; while Saga of the Multiverse (2021-2025) where they must defeat Kang the Conqueror will advance from phase four to phase six. The difference between the two mainly lies in the television products. Why? When the studio started this adventure, they didn’t have Disney+, which only launched in 2019. The company relied solely on its films on the big screen. The result was fewer projects that spanned more years, were further apart in time, and had fewer supporting characters. This new era offers the opposite: phases with more content in less time.

The arrival of the platform stream blew up Marvel’s roadmap. Disney + has opened up the possibility of creating many other projects that complement the films projected in cinemas: series that introduce new characters and develop others that we have already seen in the films, so that their plots progress in parallel.

Feige himself made it clear: “The truth is that in phase one, phase two and phase three there were fewer projects for more years. It was smaller and more individual character stories (…) As phases four, five and six get closer, there are more projects in fewer years because all of the incredible stuff that we’re getting to do on Disney+ right now is already getting Fox characters [Los cuatro fantásticos, Deadpool o los X-Men]. And the feeling is that, afterwards Avenger: Infinite War Y Avengers: Endgame“We think the Avengers movies aren’t the icing on the cake anymore,” he assured at Comic Con a MTV News. However, this formation will return, albeit differently than originally: “We are right in the middle Saga of the Multiversewhich will culminate in two Avengers movies,” Feige said.

Series with Marvel characters have already been made before – such as Agents of SHIELD (2014-2020), which deals with the day-to-day life of the counterterrorism intelligence agency headed by Nick Furia, the character of Samuel L. Jackson –, but in the background that didn’t interfere with the plot of the film. Now the strategy is to produce our own series to develop the stories that are excluded from the big screen but have a greater meaning in the saga.

The series as a starting point

The first series from Marvel Studios is Scarlet Witch and see (2021), in which everything that happens to this couple after that Avengers: Endgame (2019). But besides introducing new characters, it also serves as a prequel to pave the way for that Doctor Strange in the Multiverse of Madness (2022). Something similar happens with Falcon and the Winter Soldier (2021), That after exit game, addresses the replacement of Falcon as the new Captain America and the relationship between the character duo that gives the series its name. And while they’re not essential to enjoying the films, they help Marvel switch between them and paint a more complete perspective of their universe. The first season of Loki (2021) serves as a pillar for this Spider-Man: No Way Home (2021) to justify the arrival of the multiverse while also telling the story of the god of deception, even after the events of endgame.

Thus, phase four fulfills the function of a cover letter for the new characters who will succeed the veterans and who are and will be the protagonists of the 40 series and films that Marvel has planned for the Saga of the Multiverse. An example is the series of origins: hawk eye (2021), which features goalkeeper Kate Bishop; moon knight (2022), with a darker tone combined with black comedy where the character of Oscar Isaac is revealed; Mrs Miracle (2022), closer to youthful audiences, with the house’s first female Muslim superhero; either She-Hulk, Lawyer She-Hulk (2022), the last series of the phase that will bring us Hulk’s cousin, a lawyer who will enforce the offices with her new life.

In phase five, which arrives next year and runs through spring 2024, things promise to get more serious. In addition to the five planned films, there will be six Marvel series that will have to defend the Disney+ grill. The first, Secret invasionwill be an adaptation of the comics’ story of the same name, centered around Nick Fury who must deal with the invasion of Earth by the Skrull – an alien and metamorphic race introduced in Captain Marvel (2019)—. will follow Kick out, that will shine the spotlight on Maya Lopez, the UCM’s first Native American superhero to be introduced in hawk eye. And since Echo is the adopted daughter of the Kingpin, the main villain of daredevilcould be the starting point of Daredevil: Reborn, another story straight out of the comics that will come out a year later. In the middle is the second season of Lokithe development of Riri Williams – which will be in Black Panther: Wakanda Forever (2022), a film that concludes phase four – as the new Iron Man in heart of steeland the series of the witch Agatha, supporting character from Scarlet Witch and Vision who acquired the right to his own series.

Of the 11 planned premieres in phase six – the final of the Multiverse saga – only three films have been announced at this time: The fantastic Four, Avengers: Kang Dynasty Y Avengers: Secret Wars. If Marvel sticks with its new formula, it’s expected that many of the remaining eight dates will match series for Disney+. The answer may come between September 9th and 11th, when Disney hosts D23: its biggest fan convention in the world. It will be when projects like the galactic adventures of Eros and Pip, starring Harry Styles, are still undated on the calendar.

And given the reluctance that seeing 40 productions in four years can inspire in some viewers, Marvel is proposing alternatives. Although it is not strictly necessary to watch everything to enjoy many of the proposals separately, the company also offers series to be consumed without being aware of continuity, a more relaxed way of approaching the UCM. The best options are What would happen if…?a series of self-contained animation chapters which examine what the Marvel Universe would be like if events had unfolded differently, and i am groot, five self-contained stories featuring the Talking Tree of the Guardians of the Galaxy as the protagonist. The options are served.