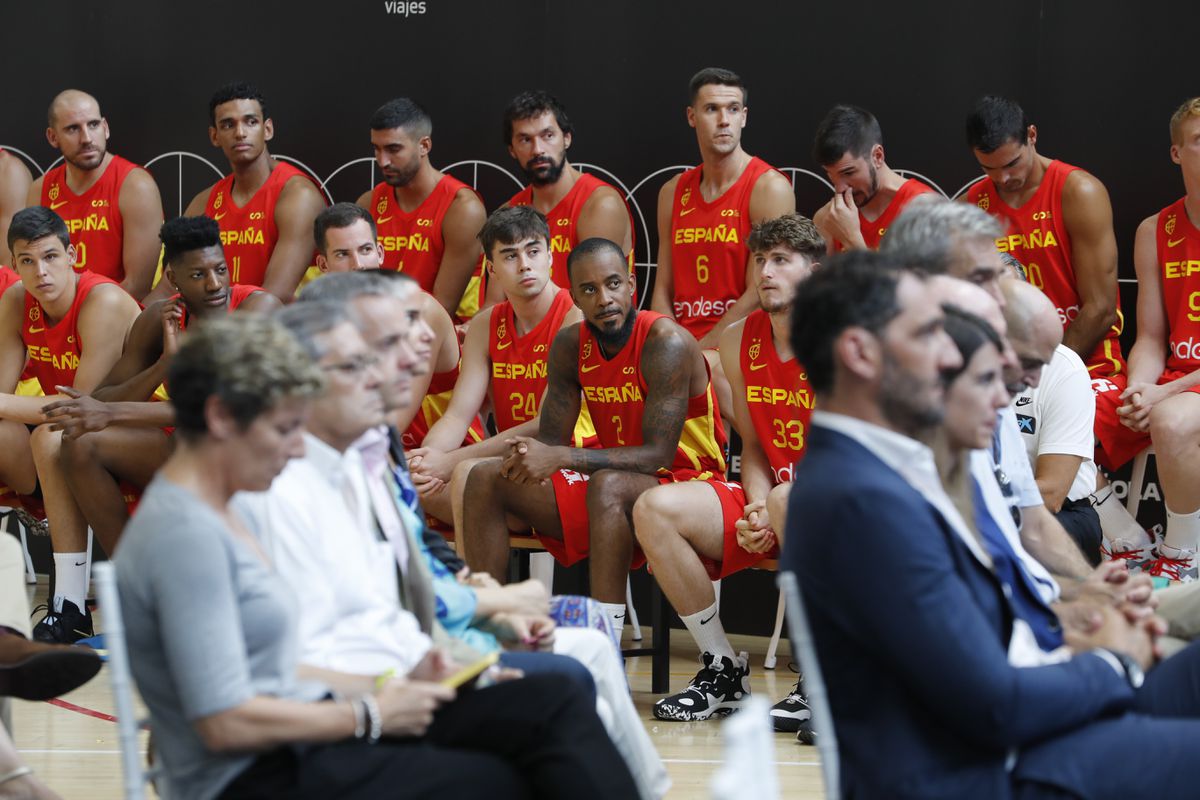 Lorenzo Brown was presented to society this Tuesday as a new player in the Spanish basketball team. The North American guard, who was specially nationalized for the Eurobasket that starts in September, was enthusiastic: “The opportunity to be part of the Spanish team was a situation that I could never have imagined and which I could not refuse for anything in the world.” Brown was the center of attention as he presented the 22 players who will make up the pre-selection for August’s games ahead of the start of Eurobasket in Georgia. Jorge Garbajosa, president of the federation, has highlighted the personal effort Brown has made to be in the team and welcomed him to La Familia: “Welcome Lorenzo”. The player replied in a somewhat precarious Spanish. “I’m very proud to be here,” he said before continuing his presentation in English.

Regarding the criticism, Brown has stated that he never gave them any importance and that he comes to the national team to be one more and was very grateful. “I’m here to learn and grow as a player. I never paid attention to criticism, I just focused on my work. And I couldn’t say no to join this team,” stressed the player, who explained that the negotiations that led to his nationalization have been going on for months and that Scariolo plays a fundamental role. “The talks started last year. I talked to the coaches and afterwards I couldn’t say no. It’s an honor for me and I’m really looking forward to the start.”

Both Rudy Fernández and Sergio Llull downplayed Brown’s situation. The captain, who opposed the American’s naturalization because “he has no connection to the country,” puts his words into perspective. “It’s one more and we want it to be integrated as soon as possible,” said Rudy, who insisted it seems unfair to him that players should be nationalized instead of trusting those who come to the windows, but im Brown’s case is so different. “I spoke to the Federation and they explained it to me. He can contribute a lot and when he’s finally part of the Eurobasket squad he can help us a lot.” Llull, who shares a point guard position with Brown, was in the same vein. “Lorenzo is another teammate, he is seen with great enthusiasm and a great desire to help and integrate with the team. We will treat him as another one who will help us as much as possible and let’s all row in the same direction,” said the Real Madrid player.

Spain will start their Eurobasket match against Bulgaria on September 1, but before that they still have six games to play: four friendlies, two against Greece by Antetokoumpo, on August 9 in Athens and August 11 in Madrid, and two more preparatory games against Lithuania . first in Las Palmas on August 16 and then in Vilnius on August 18; The team then plays two qualifiers for the World Cup, against Iceland on the 24th and against the Netherlands on the 27th. Once their commitments are over, the 12 players remaining on the final list will pack their bags to face Bulgaria, Georgia, Belgium, Montenegro and Turkey in the Eurobasket group stage. The four best of the group take part in the qualifying tournaments, which are held in Berlin.