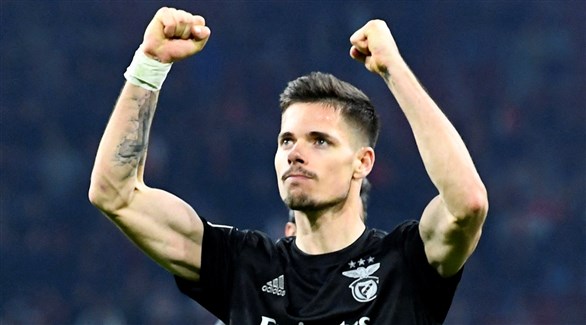 Midfielder Julian Weigl is back in the Germany squad after a 5-year absence and appears stronger and more mature since joining Benfica two years ago.

The defensive midfielder surprisingly joined the Germany squad for the first time since 2017, for a friendly at home against Israel on Saturday and an away game against the Netherlands on Tuesday, after two impressive seasons with his Portuguese side.

Germany coach Hans Flick said Weigl’s call-up was necessary to provide a midfield replacement for Yozoa Kimmich, who is absent for personal reasons.

The 26-year-old Weigl began an impressive journey up the ranks with Borussia Dortmund and made his first five caps for Germany in 2016, but suffered a series of injuries and Kimmich dominated the defensive midfield position in the national team.

Some saw his move to Benfica in 2020 as a step backwards in his career, after leaving a more competitive environment in the German League and Dortmund.

“I was convinced of Benfica’s project and of the club’s capabilities, and you can see that this season,” Weigl said at a press conference.

Benfica qualified for the Champions League quarterfinals and will face Liverpool next month.

But the return to the national team remains a surprise for Weigl.

He said: “I was so happy when Hans (Flick) called me and I really didn’t expect it. I saw his name on the phone and I couldn’t believe it.”

“I have matured in Lisbon and improved physically, and of course I would like to participate in the World Cup,” said Weigl, who has made 41 appearances in all competitions this season, scoring three goals and assisting one.