‘We won’t forget’… Egypt threatens Senegal ahead of World Cup 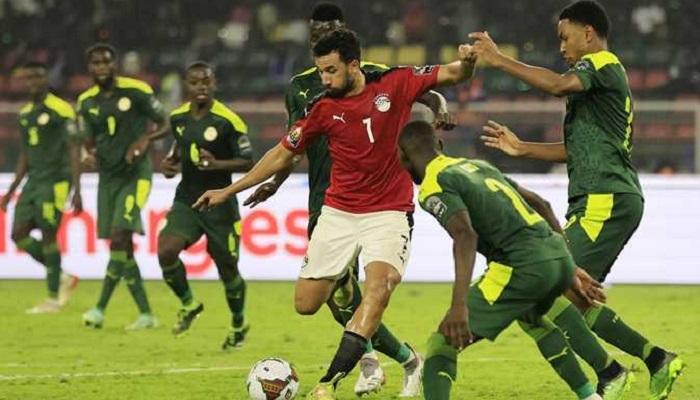 The Egyptian players will play a fierce showdown against Senegal on Friday in the qualifiers for the World Cup “Africa” ​​​​2022, and they are eager for revenge and rehabilitation.

Egypt will face Senegal on Friday at Cairo Stadium in the first leg of the play-off round of African qualifiers for the 2022 World Cup, before the match resumes four days later in the capital. Senegalese, Dakar.

The ‘Pharaohs’ hope to recover from the defeat against the Teranga Lions in the final of the last African Cup of Nations in Cameroon last February, with a penalty shootout, after which Senegal won the continental title for the first time in his story.

“We have not and will not forget our image after losing the African Cup of Nations against Senegal,” said Amr Al-Sulayya, one of the leaders of the Egyptian team, during a press conference on Thursday.

He added: “We will also not forget our messages and words to ourselves, and that we have the opportunity to respond by qualifying for the 2022 World Cup against the same team that won the Nations Cup.”

The Egyptian Al-Ahly player underlined that the players have great motivation to win and added: “We have great hope that our Lord will repay us with the presence of the fans, and we will do our best to win.”

The international player added: “Everyone is waiting for the match to take place now, not tomorrow. We have great reasons to be present at the World Cup in Qatar, and I hope that the fans will be present in great numbers, as it is the case”. great motivation to achieve a positive result before the second leg”.

He continued: “Everyone is experienced in dealing with the intense crowd, and we want the fans to have the same spirit as the players, and I hope we will be successful, and congratulations to all 11 players who will take part in the match.”

Amr Al-Sulayya concluded his remarks by saying: “I don’t have a different role. We are all players of the national team and we represent Egypt. We do what we have to do in training and we strive to be better every day. We realize the importance of the match, and we have a great opportunity”.

- Advertisement -
Share
Facebook
Twitter
Pinterest
WhatsApp
Previous articleGet off the phone! The reality shows that try to take us back to basics
Next articleWeigl motivated for a fresh start with Germany after 5-year absence