We will not allow Iraq to become a scene of reckoning 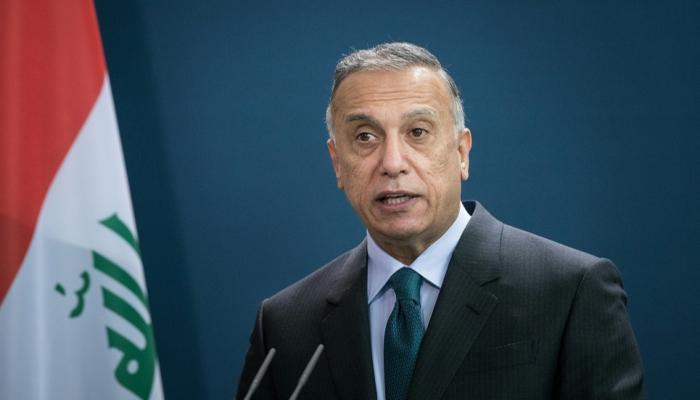 Al-Kazemi stressed that Iraq would not be allowed to become a stage for settling scores abroad, in an oblique reference to the Iranian attack that targeted Erbil in the north of the country.

And the Prime Minister’s press office indicated, in a statement, that “Al-Kazemi received, on Sunday night, a telephone call from the Minister of State of the United States of America, and during the call, bilateral relations and the developments of events were discussed”.

According to the statement, Minister Blinken affirmed the solidarity of the United States of America with Iraq and its support for what would support its security and sovereignty.

For his part, the Prime Minister expressed his gratitude for the positions of support for Iraq, stressing that the government continues to take everything that can strengthen the sovereignty of the Iraqi state and strengthen it against any attack or any damage to the country’s sovereignty. country and the dignity of its citizens.

Al-Kazemi stressed that Iraq must not be allowed to become a stage for settling scores abroad, noting that “Iraq continues to strengthen its active role at the international and regional levels.”

The statement added: “The contact also witnessed a discussion on regional and international developments, and an exchange of views on the best ways to resolve conflicts and stabilize stability for the benefit of the Iraqi people, the peoples of the region and the world”.

On Sunday, the Iranian Revolutionary Guards announced responsibility for an attack it claimed had targeted “one of Israel’s headquarters” in Erbil Governorate, the capital of the Kurdistan Region in northern Iraq.

The Tasnim news agency quoted a military source as saying “Fateh 110 missiles launched by the guards towards the Erbil Governorate in northern Iraq were launched from the northwestern region of Iran.”

The council added, in a statement after a meeting chaired by Prime Minister Mustafa Al-Kazemi, that “the attack is a violation of international laws and norms,” ​​noting that “Iraq had previously announced its refusal to violate its sovereignty and use their lands to settle scores between countries and entities”.

Kurdistan regional government officials denied the existence of any Israeli intelligence base in the region, adding that “the headquarters that was attacked in Erbil is a civilian base, not an Israeli one.”