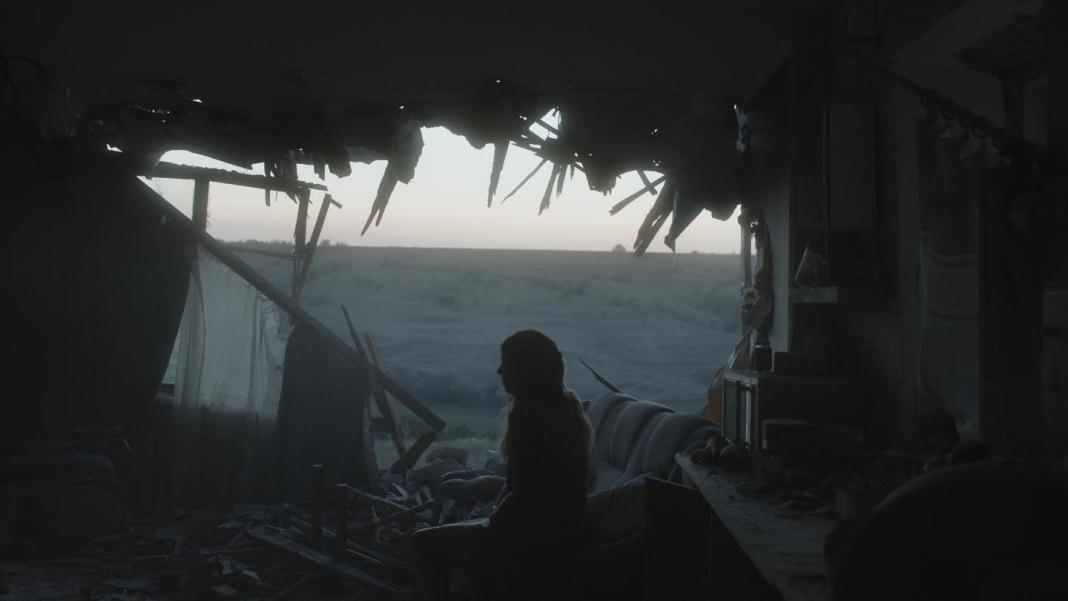 Shortly before the start of the war, Maryna Er Gorbach received an award at the Berlinale. Here the director talks about how reality took over her film Klondike.

When Maryna Er Gorbach presented her feature film “Klondike” about the fate of a couple in eastern Ukraine at the Berlinale in February, a Russian attack on Ukraine was still unthinkable to many. Now the Ukrainian director has to experience how much of what she portrays in her film becomes reality. “It’s so hard to follow that,” says Er Gorbach, who lives in Istanbul and only stopped traveling to Kiev after the Berlinale because of a storm.

ZEIT ONLINE: Mrs. Er Gorbach, on February 20 you have another Audience Award for your feature film in Berlin Klondike Two days later, Russian President Vladimir Putin announced that he would recognize the Donetsk and Luhansk regions in eastern Ukraine as independent. How did you live these days?

Maryna Er Gorbach: I am shocked by everything that has happened in the last three weeks. About this immeasurable, unacceptable violence, about the rockets fired at cities and civilians, children, innocent people. Many journalists, professors, psychologists are trying to understand what Putin’s logic is. I don’t think there is a need to look for explanations: this is simply a matter of crimes against humanity.

ZEIT ONLINE: Your movie Klondike takes place in the Donbass of 2014. One image is particularly memorable: after a rocket hit the home of the protagonists Irka and Tolik, a huge hole opens in the wall of the living room. It’s an absurd sight, you can still see the remains of the palm tree wallpaper and the hanging curtain. Now we see those images in the news every day. Did you foresee the war in your film?

He Gorbach: That Putin had ambitions that Ukraine fill I was not surprised. I would not have made an anti-war film if I thought that the end of the fighting in Donbass was in sight. I wouldn’t have felt the need to point this out over and over again. But my intuition as an artist told me: This is just the beginning.

ZEIT ONLINE: On Klondike war erupts literally out of nowhere on the protagonists. The two find a dead body and an airplane seat on his property. This brings to mind an event that many have already forgotten: the shooting down of a Malaysian airliner with 298 passengers on board over eastern Ukraine in the summer of 2014.

He Gorbach: I well remember my feelings that July 17 because it was my birthday. After that, I kept looking for international declarations, lawsuits to hold accountable those responsible for shooting down. But almost nothing happened, even after two or three years. It was then that I realized: if this big event is not punished, if shooting down a plane is not a “hot topic”, who will be interested in the people of Donbass who have no voice at all?

ZEIT ONLINE: Her main character in the film, Irka, is heavily pregnant and her husband is forced to help pro-Russian separatists. He tries to persuade her wife to leave the area, but Irka refuses, as she does not want to leave her childhood home or give up her plans for the future.

He Gorbach: In 2014, nobody would have thought that a war was possible. Today you are warned: stay home, close your windows. War is now called by its name. The international press no longer doubts it. Two weeks ago it was different. There was talk of a “conflict” between Russia and Ukraine.

ZEIT ONLINE: You explicitly dedicated your film to women. Why?

He Gorbach: Irka’s survival instinct is stronger than war. This message made me dedicate the film to all women. In a broader sense, it also means: There is no murderer or soldier without a mother. There is always a woman behind him. I don’t think any man would fight for his values ​​just for his own good. The men who are now fighting in Ukraine draw strength from having mothers, wives and children.

ZEIT ONLINE: He has been living in Istanbul for several years. Can she keep in touch with her family and friends in Ukraine?

He Gorbach: Yes, even if the Internet goes down often. Some members of our Klondike-The crew reported that they were evacuated with their children. We are now trying to organize protective clothing for some of the men we have worked with. We all work as volunteers. We spend at least a third of the day organizing help, finding people who need help, raising money, finding foundations that Ukrainians can support. This activity helps me, it is my way of hiding the news. As soon as I start reading again and see photos of the war, I am emotionally drained.

ZEIT ONLINE: After the start of the war, many cultural institutions, including the Berlinale, expressed solidarity with Ukrainian filmmakers and other artists. Did you find that support?

He Gorbach: It helps a lot because we no longer feel alone with our pain. When I was in Berlin, many people asked me what it meant to me when there were hundreds of tanks on the Russian-Ukrainian border. I answered: I feel like a citizen of a country that is left alone. But then the war broke out and the people supported us. Of course, it may be the case that the topic will soon bore many people again, but we will do our best to ensure that this war is not forgotten. It shouldn’t happen like the Malaysian airline crash. What is happening now is too big to disappear from the spotlight.

ZEIT ONLINE: What do you think of the restrictions imposed by some theaters and opera houses on pro-Putin artists such as the Russian soprano Anna Netrebko?

He Gorbach: I am against categorizing artists based on whether or not they supported Putin. That is not the correct perspective. We are at war, we are protesting the terror of war, this is not the time to make lists of “positive” and “negative” cases. Ukrainian artists are not censors of Russian artists. When the fight is over, each organizer can decide for himself which artists he wants to perform in his opera houses, theaters or festivals.

ZEIT ONLINE: Can you even think about making movies right now?

He Gorbach: Also during filming Klondike I realized that there are two groups of people: those who want to create and those who want to wage war. I want to be part of the group that creates things. My next project is an auteur film based on children’s creativity. It may sound a bit old-fashioned, but I think our kids play too many war games. War should not be entertainment. Human life is too valuable for that.