‘We have always been open to dialogue, but not to ridicule’: Leonidas Iza says after a year they have had no answers 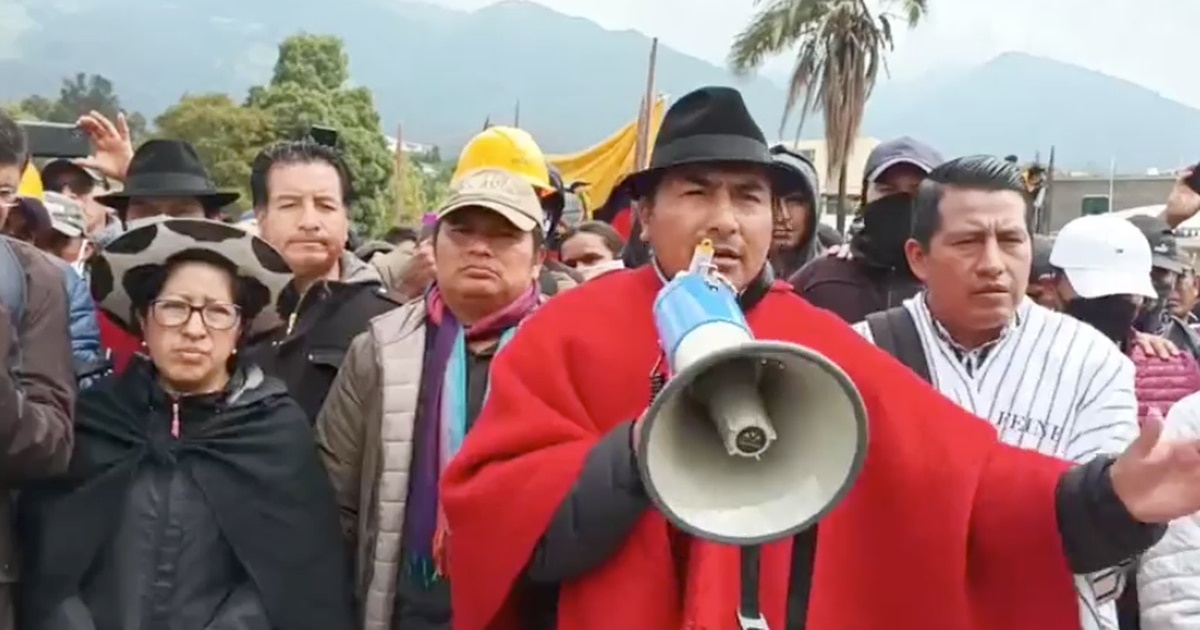 The president of the Confederation of Indigenous Nationalities of Ecuador (Conaie), Leonidas Iza, insists that they are open to dialogue processes but have not received responses from the government.

“We have always been open to dialogue, but not to ridicule (…) This fighting people has never closed itself to the process of dialogue. We dialogued for a year, forgiving those who insult us, we returned to the dialogue table in November. It’s been over seven months and we have no answers.” said Iza of the march she is leading in Quito.

He stressed that the current situation does not only affect Conaie. “The problem is of a society, that we no longer have the conditions to continue to survive.”

He emphasized that in the process of finding solutions, the indigenous organization must “surveillance, to witness a process that produces results and responds to the demands of the Ecuadorian people. We are not here to be intermediaries.

🚨 The problem is structural, we have always been open to dialogue, but not to ridicule. After 1 year of dialogue without answers, we are not for intermediation, we invite organizations to set up a watch and to be guarantors of a new approach with results. pic.twitter.com/69G5eP99Hh

The protests continue on Wednesday as the government awaits Iza’s acceptance of the invitation to dialogue issued by more than 300 civil society organizations, with technical support from the European Union and the United Nations.

The government has declared a state of emergency in the Andean provinces of Imbabura, Pichincha, Cotopaxi, Tungurahua and Chimborazo, as well as in the Amazon province of Pastaza, in an attempt to contain the indigenous mobilization which has taken hold with force in Quito.

The natives demand that the state of exception be repealed and that the repression cease to favor a space for dialogue.

Among the demands of the demonstrators are the reduction and freezing of fuel prices, the control of the prices of basic necessities, the prevention of privatization and the non-flexibility of work, among others.

Ecuador’s Interior Minister, Patricio Carrillo, denounced this Wednesday that three police officers were arrested by protesters in the Amazonian town of Puyo, while the fate of 18 others is unknown in the context of incidents in the during which a protester died on Tuesday and set fire to a police unit.

According to Carrillo, in Puyo, “people in a state of intoxication generated impressive crowds that did not allow people to take care of themselves in terms of health, the passage of ambulances, food. The shortage in the city was already reaching intolerable levels.”