“We can’t join NATO,” Zelensky admits to the US Congress. 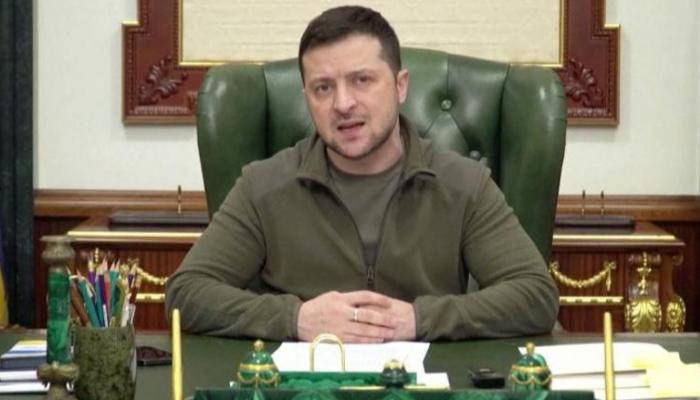 Ukrainian President Volodymyr Zelensky on Wednesday urged US lawmakers to do more to protect his country.

This came in a speech to Congress via the Internet, in which Zelensky called on President Joe Biden to be the “peace leader” in the world.

“Russia has turned the skies over Ukraine into a source of death for thousands of people,” Zelensky said in the speech.

He continued: “We cannot join NATO. This is a fact and we must admit it.”

After the speech, the President of Ukraine showed a video recording containing horrific scenes of death and destruction in his country, ending with the phrase “Close the sky over Ukraine”.

In his speech, Zelensky continued to push for a no-fly zone over Ukraine, calling for more planes and air defense systems to respond to the Russian attack that began last month and caused widespread destruction in the former Soviet republic and sparked a wave of requests. of asylum. for neighboring countries, according to Reuters.

Biden and many US lawmakers, including NATO, resist a no-fly zone for fear it could escalate conflict with nuclear-armed Russia.

The White House has also not yet endorsed a proposal to help move Russian-made MiG fighter jets to Ukraine, but the idea has found some support in Congress.

Zelensky’s online speech came a day after he called on Canada’s parliament to impose more Western sanctions on Russia and impose a no-fly zone over Ukraine.

A White House official said Biden is expected to announce an additional $800 million in security assistance for Ukraine later Wednesday, in comments about US aid to the country.

In recent weeks, Zelensky has sought to mobilize support for his country in several speeches before foreign bodies, including the European Parliament and the British Parliament.

On the other hand, Jens Stoltenberg, NATO Secretary General, told reporters on Wednesday: “We agreed to continue to provide significant support to Ukraine, including military support, financial and humanitarian assistance.”

“We have activated our defense plans to protect NATO member states,” he said after a meeting of NATO defense ministers.

“We will not deploy our forces on Ukrainian soil,” he added.