We are vulnerable and that makes us strong: what art teaches us about viruses 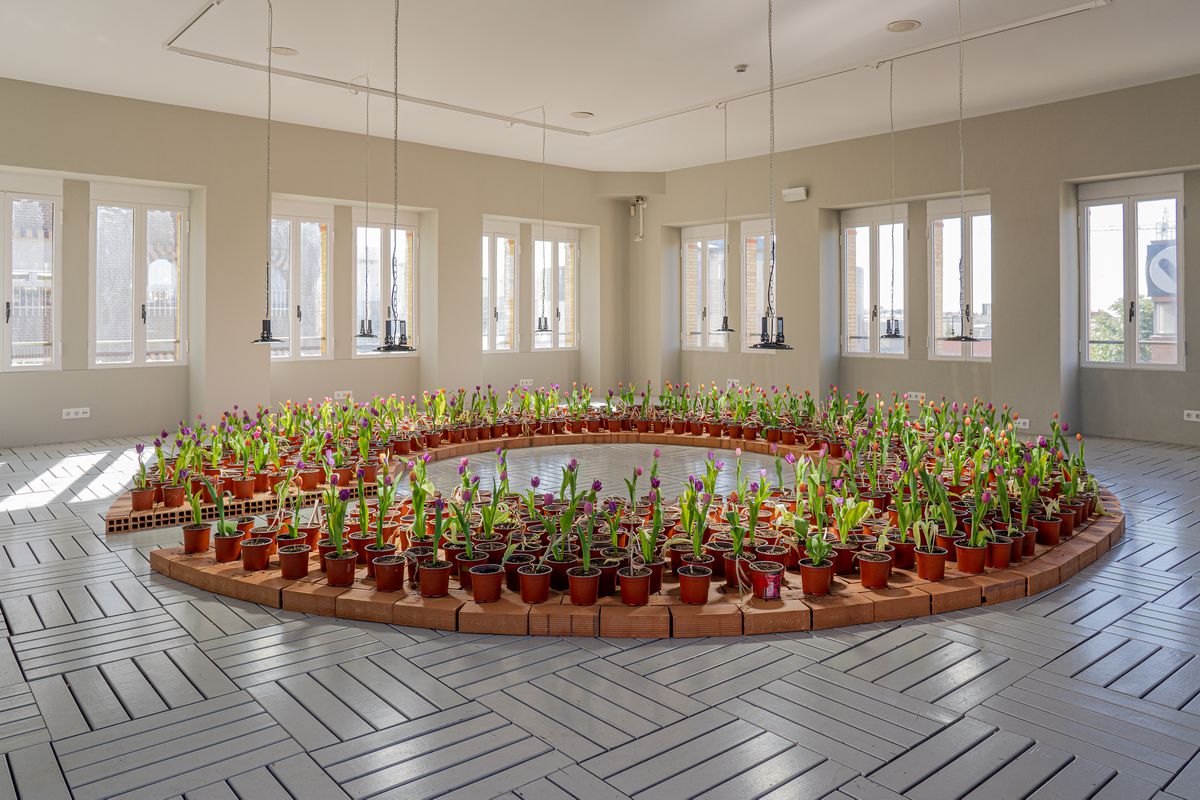 Among all that can be said about the significance of the pandemic, it should be noted that it has proven to be an accurate detector of buried truths. A revealer of problems that were there, latent, problems ranging from the public and professional spheres to the most intimate, which were revealed in their full breadth after a chain of restrictions and states of alarm. One of those ideas is that we are all susceptible to contagion. That we live side by side with infectious diseases, with bacteria and viruses, and that no one is spared from disease. We now know all this with the certainty of the inevitable, but some artists had recognized it long ago.

Before the coronavirus reality slap Andrea Bagnato and Iván López Munuera, the curators of the exhibition vulnerable creatures, at La Casa Encendida in Madrid, they each began to examine art’s differing views on subjects such as the spread of malaria in southern Italy and the architecture of AIDS in New York and the Caribbean. In 2018 they compiled their results. One of the first was that a misperception about epidemics had spread: “They were considered a thing of the past, although infectious diseases are still the leading cause of death in countries like sub-Saharan Africa,” explains López Munuera. “And given the process of deforestation on the planet, it was clear that there would be more epidemics.”

You were right. With events now adding the new monkeypox to the trauma of the pandemic, his presentation takes on new meaning. Through the works of artists such as all (zone), Pratchaya Phinthong and Işıl Eğrikavuk, “we can see that Covid is a disease that has had precedents such as sleeping sickness, the fractured tulip virus and nuclear radioactivity,” says the curator. What’s more, it is clear “that contagious diseases are part of our ecosystem”. They are a fundamental – even necessary – part of life and do not only concern humans: one of the works on display, The Garden of Contagionhighlights that viruses can be primed with any type of living thing, in this case tulips.

This work by American Michael Wang consists of a series of pots containing randomly infected bulbs and other healthy ones that end up being infected by the former. In this way the work is transformed and decays from a state of initial fullness to its inexorable destiny. It is the prize for sharing the same space, a notion explored by other works, such as the scale model of a house (zone) designed by everyone, with a quarantine zone and another for shared living. The virus that causes infection of plants, called tulip mosaic, was one of the first to be studied in modern times, although it dates back to the 17th century, at the time of tulip mania. Importing tulips from Central Asia to the Netherlands made the plant more susceptible to the disease. “Then lightbulbs were banned in many countries,” explains López Munuera. And so pathology became political.

If today there is an exponent of a politicized infectious disease, it would undoubtedly be AIDS, represented in the La Casa Encendida exhibition through various works by the Cordovan artist Pepe Espaliú. Nobody looked here a recently published essay signed by Andrea Galaxina (conceived like the exhibition before the pandemic) coincides with a look back at the explosion of activist creativity that followed the emergence of HIV in Europe and especially the United States. “With no public health system like in Spain, people there had to organize themselves radically because there were episodes of absolute abandonment,” the author explains the greater flare of cultural manifestations around this virus on the other side of the Atlantic.

With the tools of agitprop and materialized in ephemeral creations such as posters and leaflets, as well as videos, groups and activists who have generated a direct and powerful artistic language in the US, denouncing the neglect of governments and the stigmatization of various groups, especially LGTBIQ+. For Galaxina, the fact that the word “homosexual” is making headlines again with monkeypox doesn’t mean that we haven’t learned anything from AIDS, but that it is a strategy that “responds to certain interests”. “The focus on gay people has to do with a political agenda,” affirms the author, “although there is also a certain ignorance, particularly about the damage done to the collective just in the first decade of the epidemic.” .

With the arrival of the corona virus, López Munuera adds, it has again been shown that the infectious disease is usually accompanied by social symptoms such as rejection and intolerance. “Covid sparked racism towards Asians and monkeypox immediately pointed to the LGTBIQ+ collective,” he points out. A video of Turkey’s Işıl Eğrikavuk was exposed in vulnerable creatures flies the same idea. In it, an Iraqi scientist gives an interview to American television. The scientist is working to cure bird flu and the scene is set in the midst of the invasion of Iraq, which not only sheds light on the ideology of immigration policies that create a divide between good and bad migrants, but also the proliferation of a discourse that Islamically equates to terrorism with an epidemic.

In terms of AIDS, compared to the political activism of the works of collectives like Gran Fury in the US and La Radical Gai y LSD in Spain, Espaliú’s work – like the drawings and leather objects featured in La Casa Encendida – appeals to ideas like Fragility, humanity (remember his famous perfomance Wear) and the validity that diseased bodies contain, a notion directly related to Wang’s tulips, which, when infected with the virus, develop delicate marbled veins. “He expresses that the collective can help to accept the unhealthy body more beautifully,” says Iván. “Art opens the door to new configurations not only about what a healthy body is, but also about what a body is.”

In this glorification of the beauty of a fragile body, Espaliú’s work could be linked to that of Egon Schiele, another artist who tried to express the consequences of infectious diseases through painting a century before him. In his case, it was the so-called Spanish flu that not only killed him, but also his wife and his teacher Gustav Klimt. Like her, Edvard Munch was infected (although he survived) and reflected the disease’s presence in two self-portraits, one during and the other after the virus, disturbing works from which emanates the collective pain that shaped the society of his time. , where disease and war were strung together.

As similar as this historical moment is to the current era, in truth there are also notable differences. A very obvious one is the advances that have taken place in the field of medicine. The pain is still there and we are all susceptible to it. However, this vulnerability does not always have to be felt negatively, as the works by La Casa Encendida suggest. “The subject is very serious, but you can also look at it with humor and irony, and that’s what these artists do,” says Iván. “Viruses are part of our ecosystem, so we need to find ways of coexisting. In addition, illness is our future: we have all been or will be ill. We have to be prepared.”