We are looking forward to advancing our partnership with the United Arab Emirates. 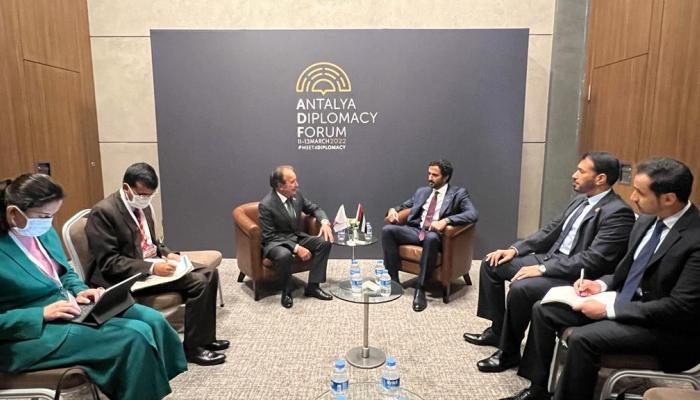 The UAE has made great strides in the transformation process towards a more flexible and sustainable economy, through effective strategic initiatives.

Abdullah bin Touq Al Marri, Minister of Economy of the United Arab Emirates, stated that his country supports all global efforts to promote the transformation towards a circular economy system in order to serve global efforts to face environmental challenges and improve the quality of life of people around the world. to achieve the goals of sustainable development.

This happened during his participation in a dialogue session within the “Antalya Diplomatic Forum”, under the title “Green Economy for Inclusive and Sustainable Growth”, with the participation of representatives of various chamber federations in Turkey, Europe and Asia.

The work of the third edition of the forum was launched on March 11 and lasted for three days in the city of Antalya, southwestern Turkey, under the patronage and presence of the Turkish president, Recep Tayyip Erdogan, and with the participation of several heads of State, ministers, prominent personalities from the business world, opinion formers, experts and academics.

Abdullah bin Touq Al Marri said that the UAE has made great strides in the transformation process towards a more flexible and sustainable economy, through effective strategic initiatives, a large part of which have been implemented, noting that the country’s efforts in this direction they focus on key tracks, especially the circular economy.

In this context, the UAE Minister of Economy reviewed the country’s efforts to attract Dh550 billion worth of foreign direct investment in new economy sectors by 2030.

Apart from his participation in the work of the forum, Abdullah bin Touq held a series of bilateral meetings with the ministers of several countries, including Mustafa Varank, the Minister of Industry and Trade of Turkey. of association and sign a significant number of agreements that serve the business, commercial and investment environment in the markets of the two countries.

Abdullah bin Touq said that Turkey’s economic and trade relations are likely to enter a phase of unprecedented growth during the next phase, driven by the mutual desire to develop existing cooperation frameworks, stimulate the private sector and diversify internal trade. , especially with the two countries announcing the start of talks to conclude a comprehensive economic association agreement, which will constitute a watershed in the process of bilateral cooperation between the two countries.

In turn, the Turkish Minister of Industry and Trade stressed that the United Arab Emirates is an important and vital partner for Turkey, and that his country wishes to advance this partnership and support all efforts to reach more advanced and prosperous levels that serve common interests and achieve the development visions of the two countries. 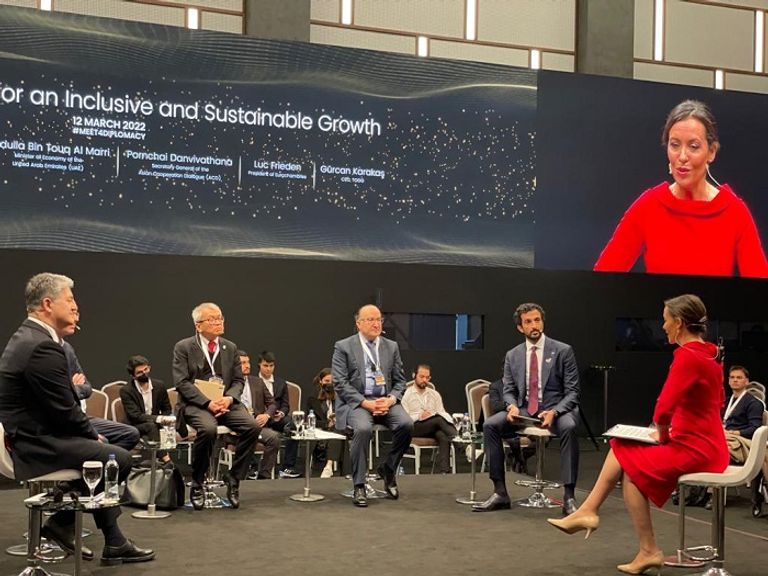 Abdullah bin Touq also reviewed the UAE’s Clean and Renewable Energy Strategy for 2050, which aims to create a clean energy mix that ensures a balance between its economic needs and its strategic environmental and sustainable development goals.

He also briefed participants on the determinants of the UAE’s circular economy policy aimed at improving resource use efficiency, reducing waste of materials, goods and energy, and encouraging recycling to improve production and processing efficiency. consumption, and called for a close look at the opportunities. and the promising partnership prospects provided by the UAE’s pioneering development policies in these areas.

The dialogue session discussed the United Nations and Paris agreements on climate change, which define the comprehensive multilateral framework for efforts to address climate change at the global level, supporting efforts aimed at achieving global changes in consumption patterns, production and investment, taking into account of the effects of that The matter applies to various economic sectors at the long level.