We are getting closer to victory, says Volodymyr Zelensky 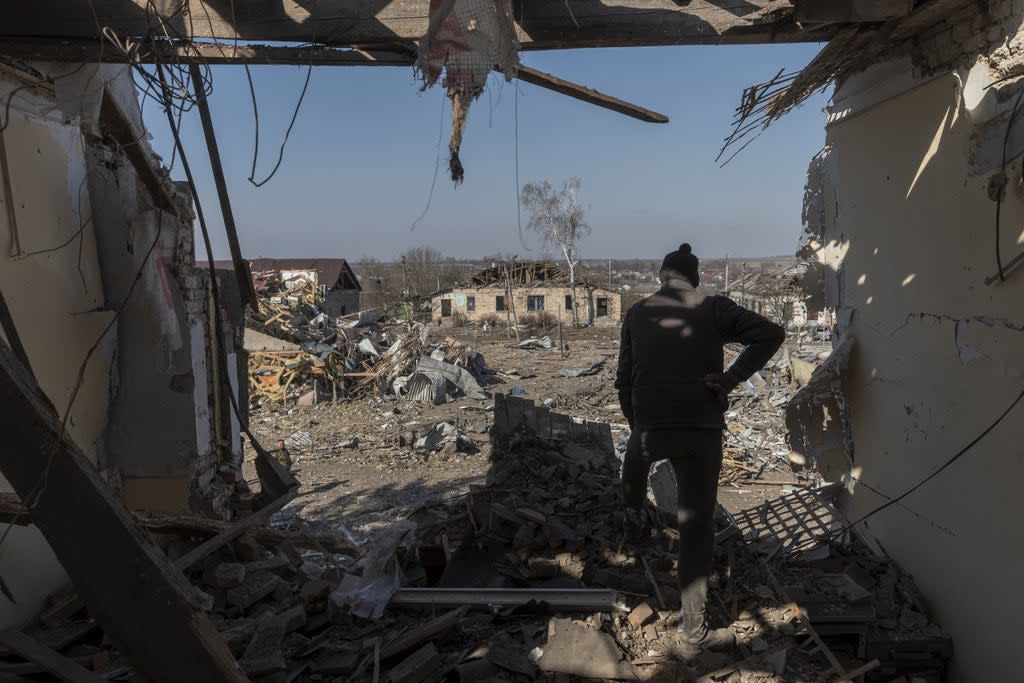 Ukraine is moving closer to “peace and victory” after its forces regained control of some towns near kyiv, President Volodymyr Zelensky said on Friday.

Russian troops have been forced to withdraw up to 22 miles east of the capital, according to British defense chiefs. With Vladimir Putin’s blitzkrieg plan now in tatters, the Russian president has resorted to a “barbaric” strategy of trying to bomb cities into submission.

But as Russian ground advances have been thwarted on many fronts, Zelensky said: “With each day of our defense, we are bringing much-needed peace closer. We are getting closer to victory. Because in this war it is simply impossible for us not to win.”

Yet the sheer horror of the war is growing by the day, with reports that 300 people were killed in a Russian attack on a theater in Mariupol, where more than 1,000 people were sheltering in the basement.

Putin’s forces were also accused of starving civilians in the siege of Mariupol, which has been without electricity and running water for weeks, and where food and medicine supplies are low.

Russian troops were said to be gradually seizing territory in fierce fighting in the Azov Sea port city.

However, British military chiefs stressed that Russian troops, with “failing” morale, were being forced back in some areas near the capital.

At an intelligence briefing this morning, the Defense Ministry said: “Ukrainian counterattacks and Russian forces pulling back on overextended supply lines have allowed Ukraine to reoccupy towns and defensive positions up to 35 kilometers (22 miles) to the east. of Kyiv”.

He added: “Ukrainian forces are likely to continue trying to push Russian forces along the northwest axis from kyiv towards Hostomel airfield.”

Putin’s initial invasion plan failed, in part because Russian forces failed to adequately seize and secure the airfield, which would have allowed an airlift to be established to prepare a major attack on kyiv to topple the Zelensky government.

Volodymyr Borysenko, mayor of Boryspol, an eastern suburb, said 20,000 civilians had fled the area in response to a call for Ukrainian troops to push back the Russians.

Ukrainian forces had recaptured a village from Russian troops the day before between Boryspol and Brovary, and would have advanced further, but stopped to avoid endangering civilians, he said.

On the other main front outside of kyiv, northwest of the capital, Ukrainian forces have been trying to encircle Russian troops in the adjacent suburbs of Irpin, Bucha and Hostomel, reduced to ruins by heavy fighting in recent weeks.

The Defense Ministry analysis came after Ukrainian defense chiefs said they had pushed Russian troops back near kyiv as much as 44 miles, although this could not be confirmed.

In London, the Ministry of Defense emphasized in a late-night briefing that Ukrainian forces had launched attacks on “high-value targets in Russian-occupied areas of Ukraine, including a landing ship and ammunition storage depots in Berdyansk.

He added: “The Ukrainians are likely to continue to target logistics assets in Russian-controlled areas. This will force the Russian military to prioritize defending their supply chain and deprive them of much-needed resupply of forces.

“This will reduce Russia’s ability to carry out offensive operations and further damage already falling morale.”

After a day of talks yesterday with NATO and G7 allies in Brussels, Johnson acknowledged that the situation of the Ukrainian people was “grim, miserable.”

But in an interview with BBC2’s Newsnight, he praised their “Churchillian” leader, Mr Zelensky, saying: “I think Ukraine can certainly win.”

He added: “In a sense, Putin has already failed or lost because I think he literally had no idea that the Ukrainians were going to mount the resistance that they are, and he totally misunderstood what Ukraine is.”]

However, the prime minister admitted that it would be a challenge to give Zelensky the tanks he demanded to fight the Russian invaders.

Western allies have previously been hesitant about providing planes and imposing a no-fly zone, fearing it could spark a wider war across Europe.