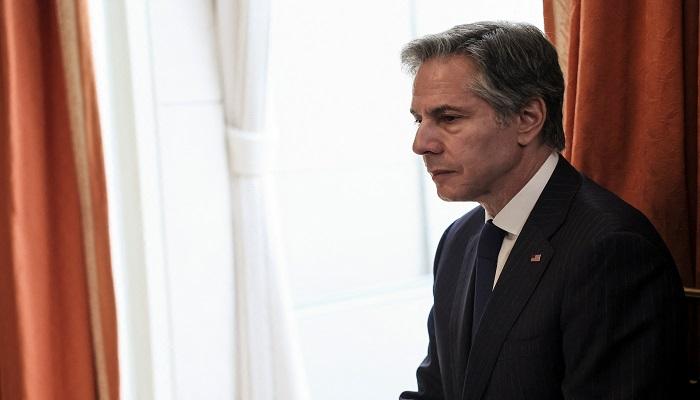 US Secretary of State Anthony Blinken said the United States strongly condemns the Houthi attacks in Saudi Arabia, including the attack on Aramco facilities in Jeddah.

The spokesman for the Coalition Forces to Support Legitimacy in Yemen, Brigadier General Turki Al-Maliki, said that Aramco’s petroleum products distribution station in the city of Jeddah was the target of hostile action on Friday. at night, signaling the first indications of their target by the Iranian-backed Houthi terrorist militia.

He added that the fire, which broke out in two tanks belonging to the oil facility, was controlled without injuries or victims.

He added that this hostile escalation is targeting oil facilities and is focused on trying to influence energy security and the nerve of the global economy, and there is no impact or repercussions of these hostile attacks on public life activities in Jeddah.

The UAE expressed its strong condemnation and denunciation of the Houthi terrorist militia’s systematic and deliberate targeting of civilian objects and vital economic interests in various locations in Saudi Arabia, through ballistic missiles and booby-trapped drones, some of which were intercepted. and destroyed by Saudi defenses.

Some of these hostile attacks on oil and electricity distribution facilities caused material damage to some facilities and civilian property.

In a statement issued by the Ministry of Foreign Affairs and International Cooperation, the UAE confirmed that the continuation of these attacks by the Houthi terrorist militia reflects its blatant defiance of the international community and efforts to end the Yemeni crisis and its disregard for all international laws. and standards, which requires a deterrent response to anything that threatens the safety, security and lives of civilians.