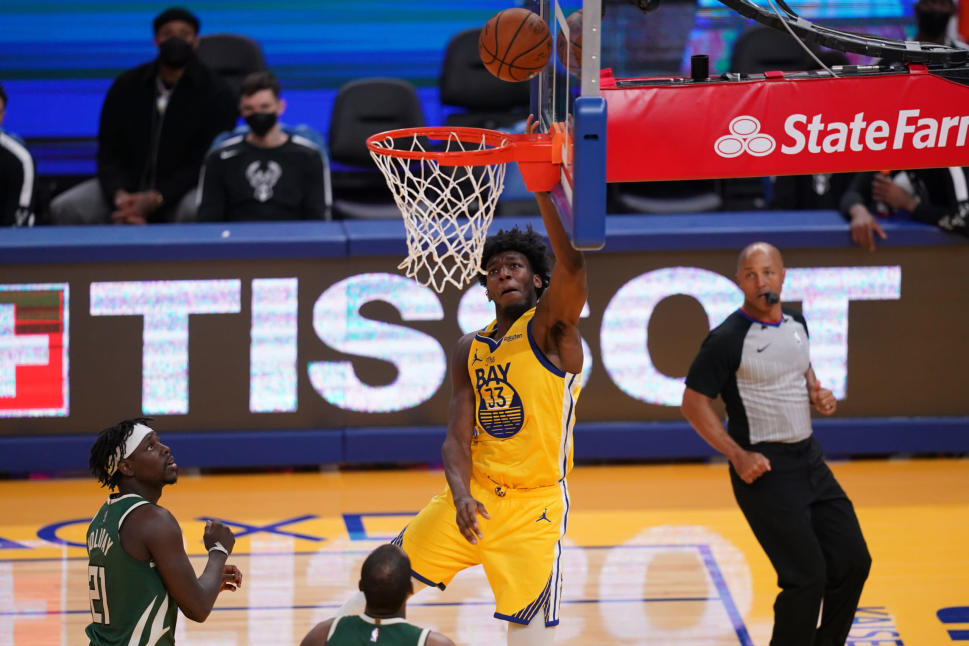 After being cleared to return to the court for the first time since suffering a meniscus injury in April 2021, James Wiseman joined the Golden State Warriors G League affiliate in Santa Cruz for three straight games.

Wiseman posted double figures in scoring and grabbed at least six rebounds in each contest. During his three-game stint with Sea Dubs, the 20-year-old played around 20 minutes in each contest. Wiseman impressed against G League Ignite, posting a double-double performance with 19 points and 14 rebounds.

Following his three-game run with Santa Cruz, the Warriors recalled Wiseman from the G League on Wednesday before hosting the Boston Celtics at the Chase Center.

Wiseman will miss Wednesday’s game against the Celtics but will practice with the team while the Warriors have three days off, according to The Athletic’s Anthony Slater.

After playing the Celtics on Wednesday, the Warriors will have three days off before hosting the San Antonio Spurs at the Chase Center on Sunday night.