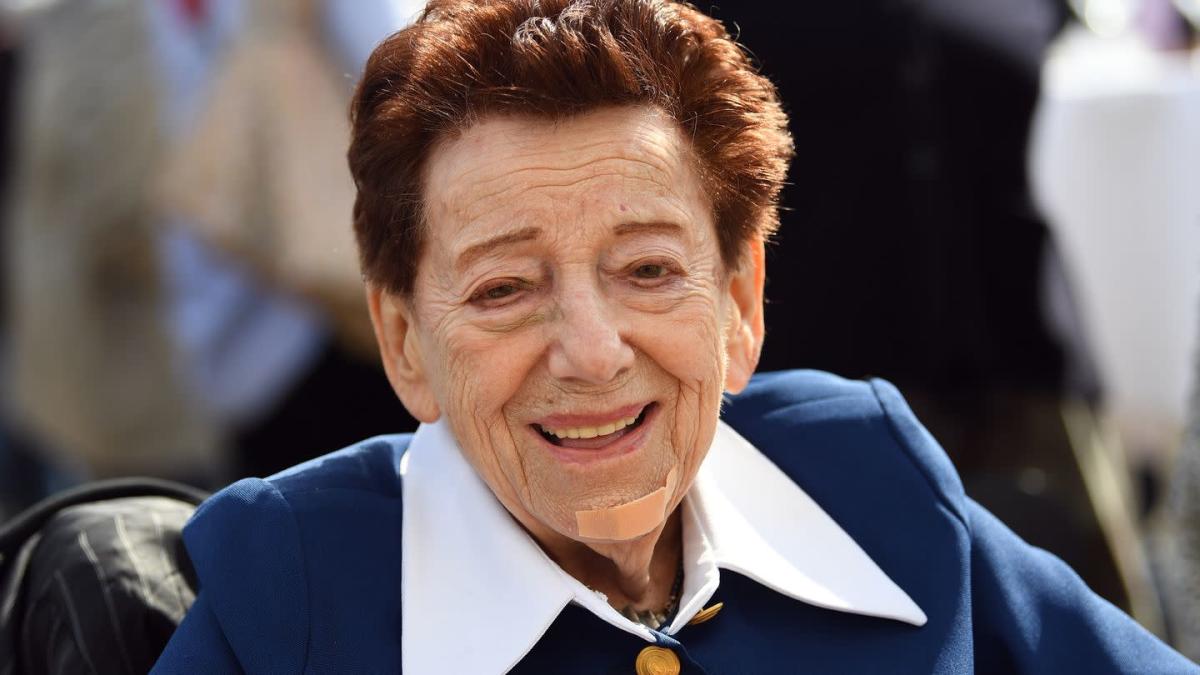 Berlin (dpa) – Secretly, he slipped some food coupons from Berlin. Or they discreetly slipped a piece of bread or an apple into the young woman’s coat pocket. Some braves blinked at their fellow citizen marked with the Star of David on the street as a show of solidarity.

“But most of them looked at us with blank eyes,” Holocaust survivor and author Inge Deutschkron once said. Her life on the run began the day she took off her yellow Star of David. Deutschkron and her mother survived the Nazi terror regime in hiding. Warning watchman against oblivion, she told young people the story of her life for many decades. Her dramatic autobiography “I Put on the Yellow Star”, published in 1978, made her famous.

Deutschkron died this Wednesday in Berlin at the age of 99, as confirmed by the Schwarzkopf Young Europe Foundation and the Inge Deutschkron Foundation, citing his personal environment.

Federal President Frank-Walter Steinmeier praised his commitment to “draw the right lessons from the crimes committed during National Socialism”. He wrote after a message: “Despite everything the Germans did to her, Inge Deutschkron has not left Germany.”

“With Inge Deutschkron, we have lost an important contemporary Jewish witness to National Socialist terror in our city,” the Berlin House of Representatives said. “Inge Deutschkron will be greatly missed by all of us,” the website of the Inge Deutschkron Foundation said. “Full of ideas, always fighting against any form of sociopolitical injustice, she was a constant source of motivation for her friends,” said a statement from Vice President André Schmitz.

so that history does not repeat itself

Deutschkron was often impressed by encounters with young people. “This is a generation that wants to know.” Trying to explain the terrible events so that history does not repeat itself, that is what Deutschkron understood as his task.

Every year, on his birthday, Deutschkron celebrated his survival. «I always say, this is the day of my triumph. I am alive and the bandits who wanted to kill me are not,” said Deutschkron. Thousands of Jewish Berliners were deported to death camps and murdered by the Nazis. In a hiding place, he watched from the window how the Gestapo took people from their homes and had to get on the wagons. “It was horrible. Guilt never leaves you. You think, how could you let others go and try to hide yourself.”

Born on August 23, 1922 in Finsterwalde, Deutschkron grew up in Berlin from 1927 onwards. When it became increasingly difficult for Jews to find work after the Nazis took power in 1933, Inge found a job in Otto Weidt’s workshop for the blind in 1941 with forged papers. “Weidt hated the Nazis and did his best to help his Jewish workers. We all adored him and called him Dad.”

At the end of 1942, the last members of his family were deported to Nazi concentration camps. Only Father Martin Deutschkron was able to emigrate to England. Mother and daughter could no longer leave the country and had to hide. In 1943, the Gumz family made the offer: “Mrs. Deutschkron, take off your star and come with Inge. We hide you,” Mrs. Gumz said. It’s the start of an odyssey from hiding place to hiding place, including a former goat barn and boathouse in the Havel.

After years on the run and in hiding, after news of the brutal murder of so many Jewish family and friends, the 22-year-old collapsed at the end of the war. “She couldn’t be happier,” Deutschkron wrote in her autobiography. “We cried for days.”

In 1946, Father Deutschkron brought his wife and daughter to England. Inge studied foreign languages ​​and worked in the London office of the Socialist International. In the late 1950s she became the German correspondent for the Israeli newspaper “Maariv” in Bonn. In 1972, Deutschkron moved to Tel Aviv and worked on the Maariv editorial team until 1987. For many years, the author commuted between Tel Aviv and Berlin. Since 2001 he has returned to live in his German hometown.

- Advertisement -
Share
Facebook
Twitter
Pinterest
WhatsApp
Previous articleLower Saxony and Bremen: SVW in top form after Heidenheim: “Interesting match”
Next articleLive blog on the war in Ukraine: Macron: There is no solution in the next hours and days