War scenes in Ukraine. Is the West more prepared? 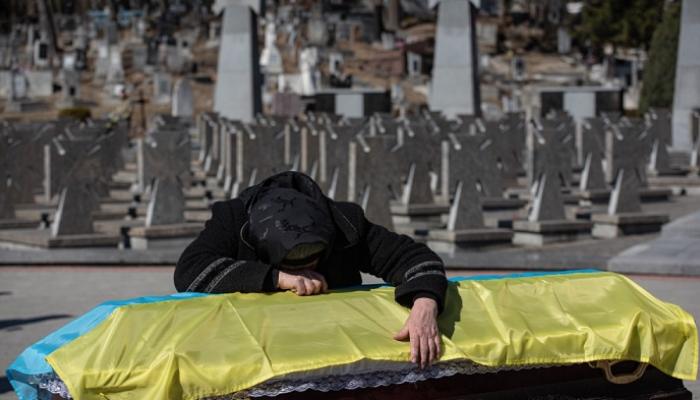 Various scenarios on the horizon of the Russian war against Ukraine are located in the line of contact with the reactions of the West and anticipate the future of the general scenario.

An analysis published in the US magazine “Foreign Policy” finds that Ukraine and the world were more prepared for the Russian war compared to 2014, when Moscow annexed Crimea.

The analysis by Esther Tetroashvili, a researcher at the Georgetown Institute of Technology, Law and Politics, found that Russian President Vladimir miscalculated how quickly world opinion turned against him and how fierce Ukrainian resistance would be.

He also noted that he misjudged the support of his people and certainly did not imagine the drastic measures that the various parties were prepared to take, as governments mobilized and implemented the most comprehensive and coordinated package of sanctions ever imposed on any country.

But the democratic world must think carefully about what kind of exit Russia and Ukraine can accept or be forced to accept, according to the source.

To save face, Putin will seek regime change and/or Ukraine’s disarmament, with no option for Ukraine’s membership in the North Atlantic Treaty Organization (NATO) or the European Union, while the analysis presented three scenarios that could lead to the situation. .

It could include a partial defeat of Putin by taking control of the Donetsk and Luhansk provinces, either as Russian territory or autonomous regions, as well as the recognition of Crimea as part of Russia.

The world will have to accept a gradual lifting of sanctions in exchange for the withdrawal of Russian troops, and private companies can be persuaded to do business with Russia again. Putin will then punish opponents in parliament and his inner circle, and take further steps to suppress anti-government sentiment.

To prevent further losses, Ukrainian President Volodymyr Zelensky will agree to a ceasefire, leaving the two countries with another frozen conflict, but Zelensky will retain control of the government and the country will likely join the European Union.

According to the analysis, Ukraine will need support to rebuild its infrastructure and economy, and a new purge of pro-Russian politicians, citizens and activists may follow.

Joining NATO would also remain unfeasible, as the two breakaway regions would force NATO countries to engage in an endless cycle of military contributions if Ukraine were to join.

The analysis pointed to the withdrawal of Russia, and its complete isolation from the world order, and perhaps it will be accused of war crimes against the military and politicians, pointing to the formulation of something like a roadmap to normalize relations, but it is not it is clear what its conditions will be, since the lifting of sanctions will depend on Putin’s guarantees regarding Ukraine’s sovereignty.

In the scenario where Russia defeats Ukraine and installs a puppet regime, Russian forces will brutally crush Ukrainian forces, similar to what Soviet leader Nikita Khrushchev did in Hungary in 1956, according to the analysis.

Due to their actions, Russia’s isolation will continue and it will rebuild the Iron Curtain around Ukraine and Belarus. The Ukrainians will likely never accept a Russian-installed leader, resulting in a protracted and brutal insurgency.

Regime change in Russia may occur as a result of an internal coup or popular revolution with the Russian people and political elite feeling the pressure of sanctions, and this would lead to a succession crisis.

According to the analysis, if this happens through a popular revolution, Alexei Navalny, the darling of Russian populists, remains in prison and may be eliminated before he has a chance to lead.

For liberals, Mikhail Khodorkovsky, living in exile in London, may seek to return but may not be popular. In theory, according to the constitution, Prime Minister Mikhail Mishustin should take over as interim president and elections will take place three months later, but this form of smooth transition is highly unlikely.

The analysis saw that the most likely successor would come from Putin’s inner circle, but only after a bloody power struggle, noting that oligarchs, as well as powerful regional leaders, would enter the fray.

The analysis indicated that during the events leading up to the dissolution of the Soviet Union, Mikhail Gorbachev attempted to bolster support within his inner circle before turning against him in a largely unsuccessful coup, but this coup paved the way for the arrival of Boris Yeltsin, a populist figure outside Gorbachev’s inner circle.

Russians will feel the devastation to their economy, having spent the last two decades rebuilding a sense of national identity and pride, and will likely turn to fierce populism and nationalism to rebuild.

The analysis argued that the West needed to start deciding now about future possibilities, as partial defeat was the most likely outcome of the war, reducing Ukrainian casualties and providing a lifeline to ordinary Russians.

Achieving this will require multilateral diplomatic efforts; Europeans must agree to welcome Ukraine into the EU, lift sanctions against Putin in exchange for a reduction in violence, and negotiate a treaty that gives Moscow guarantees that its economic and security interests will be met.