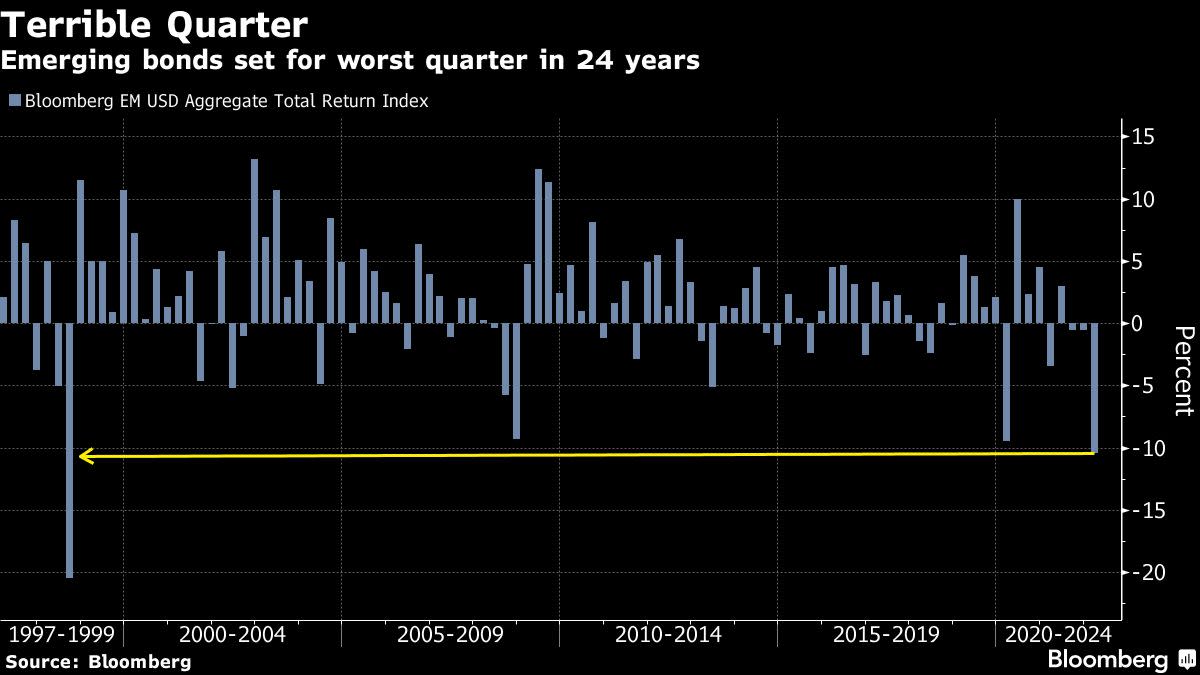 (Bloomberg) — As the worst quarter in 24 years for emerging-market dollar bonds ends, a deep divide between commodity haves and have-nots is opening up, with investors pinning their hopes on exporters. from the Middle East and Latin America.

Rapidly rising energy and food costs amid ongoing war in Ukraine are hitting the most vulnerable markets while boosting producers of those goods. It is the latest jolt for money managers that entered 2022 hoping that inflation would peak when the Federal Reserve began its tightening cycle.

This is shaping up to be an important moment for investors caught off guard by the conflict in Eastern Europe, just two years after the coronavirus shocked financial markets.

The war has sparked a wave of risk aversion, sending Bloomberg’s gauge of emerging dollar debt headed for its worst financial quarter since the 1998 Asian crisis. Stocks are just off their biggest quarterly drop since the pandemic began, while three-quarters of emerging-market currencies tracked by Bloomberg have fallen.

The impact of higher energy and food costs has been severe on frontier economies and on countries that import these commodities. Generic oil futures prices are up 22%, gas futures are up 20% and wheat futures are up 24% since the war began.

But it also underpins the strength of Latin American exporters, as well as Saudi Arabia, the United Arab Emirates and Nigeria, according to Goldman Sachs.