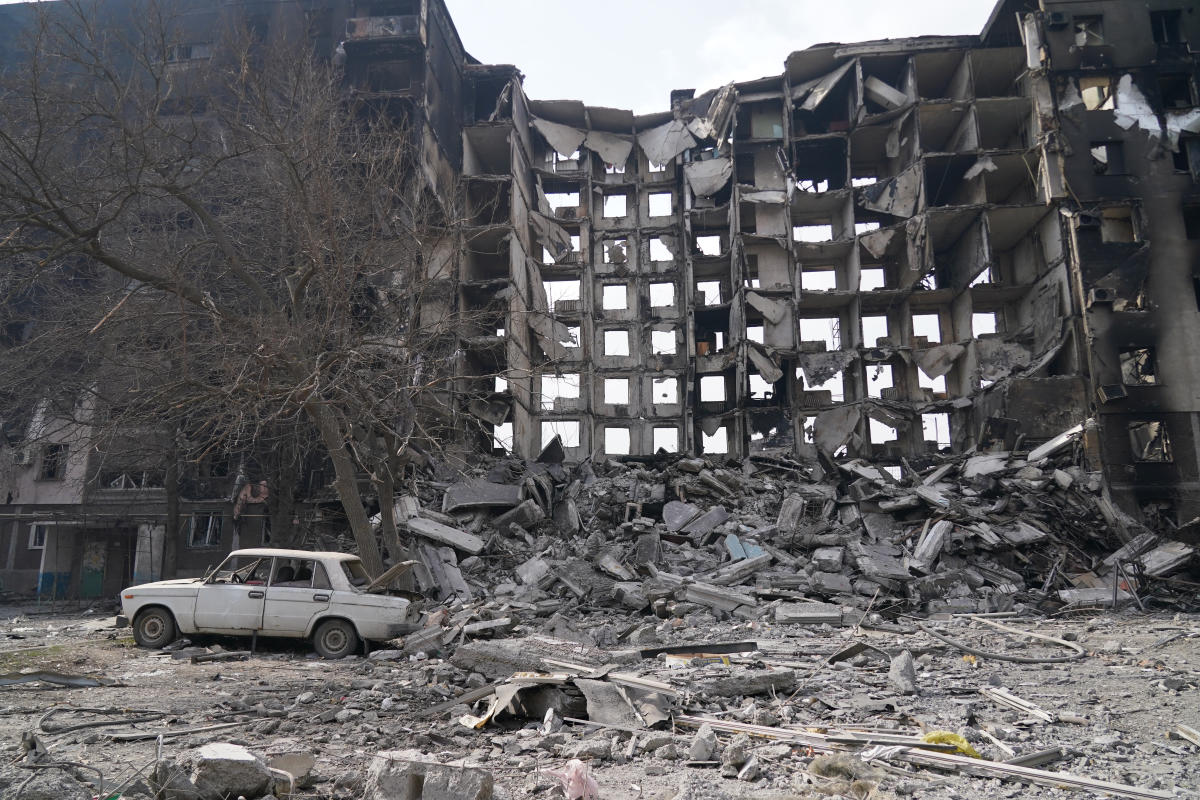 Fierce fighting on the ground, rocket attacks from the air: Ukraine continues to come under Russian fire. The Federal President warns that the consequences of this war will also affect Germany for a long time.

kyiv – As the war continues in Ukraine, Federal President Frank-Walter Steinmeier is preparing Germany for difficult times. “Many difficulties still await us,” Steinmeier said on Sunday, referring to the fallout from the sanctions against Moscow. Over the weekend, Russia not only attacked cities like Mariupol on the ground, but also used rockets against targets in western Ukraine. Germany is now considering protecting itself with a missile shield. US President Joe Biden caused a stir with a verbal attack on Kremlin chief Vladimir Putin.

At the end of a speech in Warsaw on Saturday night, Biden said: “For God’s sake, this man cannot stay in power.” The White House quickly tried to qualify the statement, emphasizing that it was not a call for subversion. US Secretary of State Antony Blinken also stated in Jerusalem on Sunday: “We are not pursuing a strategy of regime change in Russia or anywhere else.” But Moscow was outraged. Kremlin spokesman Dmitry Peskov said that Biden does not decide who is the president of Russia. Leading Russian parliamentarians accused Biden of weakness.

Fierce fighting continues in Ukraine following the Russian attack on February 24. Russia is in control of parts of the country in the north, east and south, but there it is met by Ukrainian resistance. The information provided by the conflicting parties cannot be independently verified.

The Ukrainian General Staff reported fighting around the city of Chernihiv in the north and around the cities of Rubishne, Sievarodonetsk and Mariupol in the southeast. “The enemy continues its all-out armed aggression against Ukraine,” he said. The mayor of the port city of Mariupol, Wadym Boychenko, accused the Russian forces of being ruthless. Escaping from Mariupol remains difficult. However, a second escape corridor was designated for the Luhansk region in eastern Ukraine.

Pro-Russian separatists in Lugansk announced on Sunday they would vote on the region’s accession to Russia. A referendum will be held in the near future, Luhansk separatist leader Leonid Passechnik said, according to the state agency TASS. The move puts pressure on kyiv.

The Russian Defense Ministry also confirmed a missile attack on Lviv in western Ukraine, which is only about 80 kilometers from the Polish border. A fuel store was attacked there on Saturday. According to Russian sources, rockets were also fired at the area around the capital kyiv. A total of 67 military objects were destroyed in 24 hours.

Over the weekend, Ukraine’s President Volodymyr Zelenskyy again demanded the handover of heavy weapons, such as tanks and fighter jets. The leadership of the Ukrainian air force also stated: “In order to fight on an equal footing with enemy forces in the airspace, both quantitative and technological improvements are needed.”

The Ukrainian government bought 5,100 anti-tank weapons from a German arms manufacturer on its own account, the German Press Agency has learned. “Welt” and the newspaper “Bild” had previously reported on the purchase.

Will Germany get a missile shield?

Due to the Russian attack on Ukraine, Germany is now also considering building a missile defense shield. “We have to better protect ourselves against the threat from Russia,” SPD politician Andreas Schwarzer told “Bild am Sonntag”. “Israeli “Arrow 3″ system is a good solution.”

How the special fund planned for the Bundeswehr of 100 billion euros will be spent is currently being examined. Chancellor Olaf Scholz (SPD) wanted to comment on the ARD program “Anne Will” in the evening.

Due to the large number of war refugees from Ukraine, Interior Minister Nancy Faeser (SPD) and her Polish colleague asked the EU Commission for help. In a letter, they mentioned a lump sum of 1,000 euros from EU funds for each person admitted and called for greater coordination in the distribution of refugees. According to official figures, around 2.3 million people have arrived in Poland and around 267,000 refugees are officially registered in Germany.

“These are terrible days”

Federal President Steinmeier said in a video message for a concert at Bellevue Palace: “These are terrible days and weeks. We are all shocked, horrified by what is happening in Ukraine.” Due to the sanctions against Russia, more difficult times would inevitably come to Germany as well, and for a longer period of time. “We will have to be prepared to use them if our solidarity is not just lip service, if it is taken seriously”, said the Federal President.

Pope Francis called the Ukraine war in Rome “barbaric and contemptuous of God.” In a war there is no winner. “Each war is a defeat for all of us,” Francis said.

VIDEO: US Secretary of State Blinken puts Biden’s statements about Putin into perspective