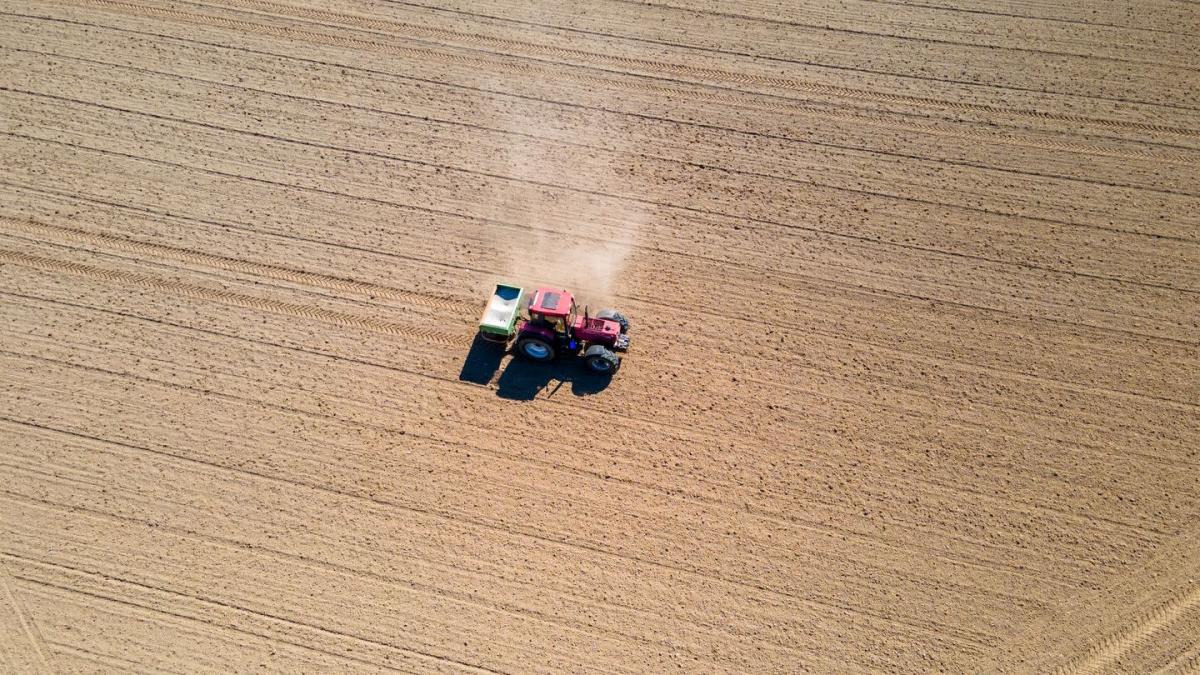 Munich/London (dpa) – The Russian attack on Ukraine hits the global food supply at a sore spot: especially in the poorest parts of the world, fertilizer could become scarce and too expensive for farmers this year.

In industrialized countries, exorbitantly high fertilizer prices are contributing to rising food prices, agricultural market experts say. Furthermore, in Germany and Europe it cannot be ruled out that harvest volumes will be lower this year if less fertilization is used.

Against the backdrop of the war in Ukraine and its effects on international trade flows, fertilizer prices have risen to a record high, according to London-based CRU Group, a market research institute that specializes in global commodity markets. basics.

Price increase even before the war

The rapid rise in prices began long before the war: according to the CRU, nitrogen fertilizer prices have quadrupled since the beginning of 2020, and those of phosphate and potash have more than tripled. The reason for this is the previous rapid increase in energy prices: “Natural gas is essential both as an energy source and as a raw material in the production of ammonia, the basic material for most nitrogenous fertilizers,” says Sven Hartmann, head of the plant nutrition department at the Frankfurt Agricultural Industry Association.

“Therefore, the price of gas represents around 80 to 90 percent of the production costs of nitrogenous fertilizers, so European manufacturers in particular are hit hard.”

And that’s not good news for farmers: “Nitrogen is like baby food for plants,” says Kashyap. That’s not an exaggeration: the development of synthetic nitrogen fertilizers before World War I allowed for a dramatic increase in harvest volumes.

This was a prerequisite for the multiplication of the world population to seven billion people. The inventors were two German chemists: Fritz Haber developed the process in 1908, and large-scale industrial production was perfected a few years later by Carl Bosch, who later became CEO of IG Farben.

Dutch environmental scientist Jan Willem Erisman and several colleagues, in a widely cited paper published in 2008, estimated that thanks to Haber-Bosch processes, one hectare of farmland can now feed more than twice as many people as before First World War. In 2008, 48 percent of the world’s population owed their food to Haber-Bosch.

Fertilizer producers, traders and farmers felt the pinch of last year’s rapidly rising energy prices. Large manufacturers such as the Austrian company Borealis have temporarily reduced their production, according to a spokeswoman for the company in Vienna. “Plant shutdowns can be considered for economic reasons.”

As early as the fourth quarter of last year, many fertilizer manufacturers temporarily stopped production, says nitrogen expert Kashyap. There are currently restrictions on production in Europe, although to a lesser extent.

“Currently we are not aware of any restrictions in Germany, but that can change at any time if general conditions deteriorate,” says Hartmann, head of plant nutrition at the Agricultural Industry Association.

If farmers fertilize less, less will be harvested. “If the operational situation allows, we recommend fertilizing as needed,” says a spokeswoman for the Bavarian Farmers’ Association in Munich. “But we also hear that fertilizer sales are down significantly, which is not surprising given the high costs.”

The possible consequences: “Depending on the weather, this can definitely lead to lower yields or weaker qualities,” says the spokeswoman for the farmers’ association.

However, according to Shruti Kashyap, the Ukraine war will have the most noticeable effects on agriculture in Africa and South America. Some fertilizers could be in short supply, on the other hand, very high prices could mean that farmers can no longer afford fertilizer or do not want to. According to Kashyap’s assessment, this “demand destruction” mainly affects phosphate and potash fertilizers.

The analyst expects a change in international trade flows: manufacturers from the Middle East, which have so far not played a role in the European market, would divert deliveries to the West. “Europe should get all the nitrogen it needs.” That should at least stabilize prices in Europe, assuming gas prices don’t continue to skyrocket and there are no major production shutdowns in Europe. “It will probably be the Latin American and African countries that will feel it the most.”