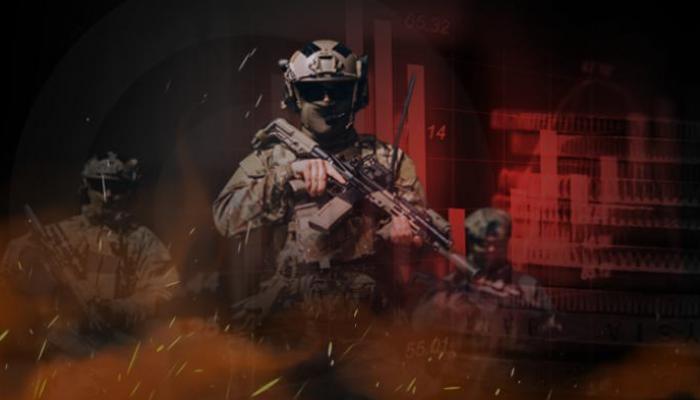 Since the end of February 2022, the global economy has been suffering from two pandemics, so to speak, the first one is Corona and it extends from 2022.

The second, as described by market watchers, is the Russo-Ukrainian war, which has fueled energy prices, threatened international supply chains and pushed up grain prices, especially wheat.

And this morning, Monday, the Shanghai government announced it would impose two-stage lockdown measures on the city to limit the spread of a wave of infections with the mutant Omicron, at a time when China recorded the highest number of infections since beginning. of the epidemic

The government declared that China’s largest city will lock down its eastern half for five-day exams starting Monday, followed by a similar lockdown in the west from April 1.

And the city, which has a population of 25 million, has in recent days become the largest epicenter of the epidemic in the country, which has begun to accelerate since the beginning of March.

Although the number of infections recently is still small in relation to the numbers recorded in the world, it is the highest in China since the first weeks of the outbreak of the epidemic, which first appeared in the city of Wuhan in late 2019.

“If the rudder of our city Shanghai stops completely, many international cargo ships will sail into the East China Sea,” said Wu Fan, a medical expert who is a member of the anti-virus committee.

“This will affect the entire national economy and the global economy,” added the medical expert, a member of the antivirus committee.

According to Western reports, Tesla plans to suspend production at its Shanghai factory for at least a day while the local government tightens “Covid”-related restrictions, following a spike in cases of contagion in the city.

Production will reportedly stop on Monday, adding that Tesla has not yet informed its employees whether it will extend the suspension beyond Monday, and Tesla did not immediately respond to requests for comment. Last week, reports revealed that the American company, Tesla, suspended production at its factory in Shanghai today, Wednesday, for two days.

According to the news, Tesla has informed suppliers of the decision, according to which work at the plant will stop on Wednesday and Thursday, and will return to work next Friday.

Infections on the rise in China

oil is going down

Oil prices fell more than $5 today on growing concern over slowing fuel demand in China, after authorities in Shanghai, the country’s financial hub, said they would implement a two-stage lockdown to contain an increase in coronavirus cases. .

“The Shanghai shutdown triggered a new sell-off from investors who were frustrated that they hoped to avoid such a shutdown,” said Kazuhiko Saito, chief analyst at Fujitomi Securities Co., Ltd.

“As OPEC+ is unlikely to increase oil production at a faster rate than in recent months, we expect the oil market to turn bullish again later this week,” he said.

The Organization of the Petroleum Exporting Countries (OPEC) and its allies known as OPEC+ are scheduled to meet on Thursday.

OPEC+ has so far resisted calls from major consuming countries, including the United States, to increase production. OPEC+ has been increasing output by 400,000 barrels a day every month since August to mitigate the impact of cuts made as the Covid pandemic hit demand.

Gold prices fell more than 1% on Monday after the US dollar rose and Treasury yields stabilized near multi-month highs as investors focused on potential Russia-Ukraine peace talks, denting the safe-haven appeal of gold. 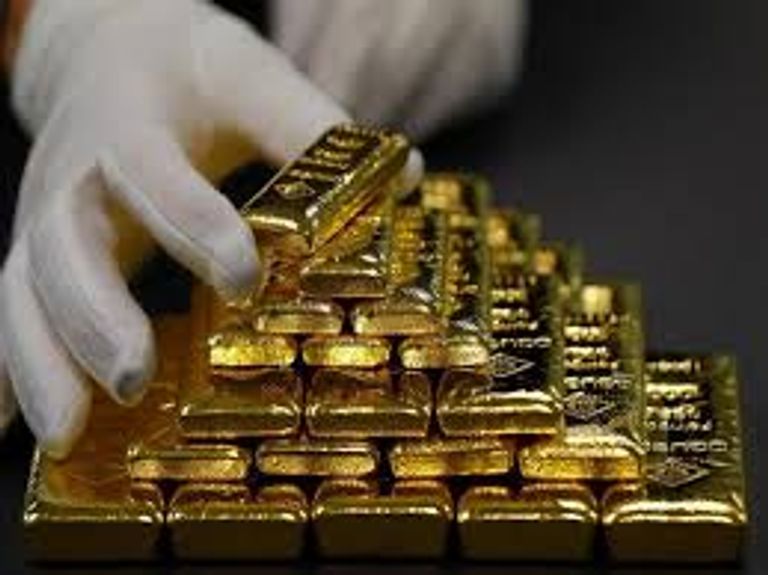 “Gold is pulling back after its rally stalled on Friday and the US dollar rose this morning in Asia,” said Jeffrey Halley, chief analyst at OANDA.

The dollar index rose to its highest level in more than a week, making gold more expensive for holders of other currencies.

The dollar has benefited from its safe haven status, and the conflict in Ukraine has raised expectations that the US Federal Reserve will raise interest rates.

US 10-year Treasury yields rose near multi-year highs, helped by expectations of a tightening of monetary policy by the US Federal Reserve.

On March 4, the Executive Board of the International Monetary Fund met, chaired by Kristalina Georgieva, Managing Director of the Fund.

IMF staff briefed the Board on the economic impact of the war in Ukraine and on financial assistance that could be provided through fast track to affected countries.

The war in Ukraine continues to have tragic consequences, claiming lives and causing human suffering, as well as inflicting heavy losses on the country’s physical infrastructure.

A wave of more than a million refugees was sent to neighboring countries. As a result, unprecedented sanctions against Russia were announced.

While the situation remains highly volatile and the outlook is subject to exceptional uncertainty, the economic consequences are indeed very serious. A boom in energy and commodity prices, including wheat and other grains, has added to inflationary pressures stemming from supply chain disruptions and the recovery from the COVID-19 pandemic.

The price shock will have an impact around the world, especially on poor households, for whom food and fuel represent a larger proportion of their spending.

And if the conflict escalates, the economic damage will be even more devastating.

The sanctions against Russia will have a severe impact on the global economy and global financial markets, with tangible repercussions that will be transmitted to other countries.

In many countries, the current crisis is creating an opposite shock to inflation and economic activity, amid already high price pressures.

On the other hand, fiscal policy will need to support the most vulnerable households, to help offset the continuing rise in the cost of living.

This crisis will create complex policy trade-offs, adding further complexity to the policy landscape as the global economy recovers from the pandemic crisis.

In Ukraine, in addition to the human losses, the economic losses are already enormous.

Ports and airports are closed due to damage and many roads and bridges have been damaged or destroyed.

While it is very difficult to estimate the exact financial needs at the current stage, it is already clear that Ukraine will incur a high cost for recovery and reconstruction.

In this context, Ukraine requested USD 1.4 billion in emergency financing from the IMF under the Rapid Financing Instrument.

Fund experts expect to present this request to the Executive Board for consideration early next week.

The recently announced sanctions on the Central Bank of the Russian Federation will severely restrict its access to international reserves to support its currency and financial system.

International sanctions on the Russian banking system and the exclusion of several banks from the SWIFT network have significantly limited Russia’s ability to receive payments for its exports, pay for its imports and engage in cross-border financial transactions.

While it is too early to predict the full impact of these sanctions, we have already seen a sharp drop in asset prices as well as in the Russian ruble exchange rate.

Countries with very close economic ties to Ukraine and Russia are particularly vulnerable to supply shortages and disruptions, and bear the brunt of rising refugee flows.

Moldova has requested to increase the resources available through the current Fund-supported program and adjust the disbursement stages of these resources, in order to cover the costs of the current crisis, and Fund experts are currently discussing possible options with the Moldovan authorities. .

Fund staff will continue to monitor the implications for other countries in the region, particularly those with IMF-supported programs that have significant vulnerabilities or exposure to crisis risks.

The ongoing war and associated sanctions will also have a severe impact on the global economy. The Fund will advise member countries on how to calibrate their macroeconomic policies in a way that enables them to manage the resulting ramifications, including disruptions to trade, food and other commodity prices, and financial markets.