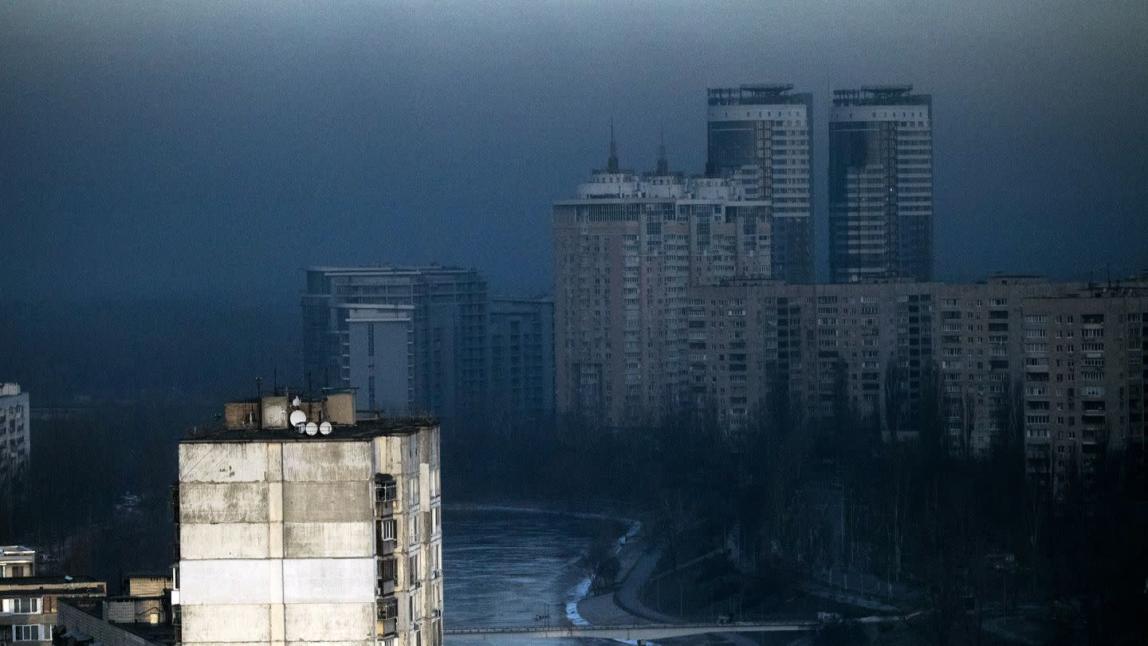 Kiev (dpa) – The population of the cities and towns of Ukraine was attacked on Saturday by the Russian army. Heavy fighting was reported in the south in particular, but also in the east and around the capital Kiev.

According to the Ukrainian military intelligence service, seven residents were killed during the evacuation of a village east of Kiev. The villagers wanted to leave Peremoha when there was a shelling, the secret service said. Ukraine blamed Russian troops for it. This information could not be verified.

“The protection of civilians in armed conflict is governed by international humanitarian law,” the statement said. Therefore, deliberate attacks must be equated with war crimes.

On the 17th day of the war, the Russian Defense Ministry spoke of attacks on a “broad front”.

Ukrainian President Volodymyr Zelenskyy reported that the attackers suffered significant losses and the “biggest blow to the Russian military in decades.” Meanwhile, 12,000 Russian soldiers have been killed. He gave the losses in his own ranks since the beginning of the war at around 1,300 soldiers. Figures cannot be independently verified.

In the southeastern Ukrainian port city of Mariupol, which was besieged by the Russian army, a new attempt to evacuate civilians failed, according to Russian sources. 50 buses were unable to get out due to shelling, Colonel General Mikhail Mizintsev of the Defense Ministry in Moscow said, according to the Interfax news agency. Several Orthodox clerics have agreed to escort residents as they leave the besieged city.

Ukrainian Deputy Prime Minister Iryna Vereshchuk said the column was held at a checkpoint for five hours. There should be another try on Sunday. Russia, for its part, accused the Ukrainian “nationalists”. That could not be verified.

Mariupol has been under siege for days. The humanitarian situation there is dramatic, tens of thousands of people lack food, water and medicine.

However, according to both parties, evacuations took place in other corridors. According to the regional administration, more than 10,000 people were brought to safety through the “Green Corridor” by buses and private cars from the Sumy region with the cities of Sumy, Lebedyn, Konotop, Trostjanets and various villages.

According to the Ukrainian Ministry of Internal Affairs, about 200 people were evacuated from the small city of Wuhledar in the Donetsk region.

The attackers advance to the east.

According to Ukrainian sources, about half of the small besieged town of Izyum on the border with the Donetsk region in the eastern part of the beleaguered country is already under Russian control. The attacking troops had entrenched themselves in the northern part of the city. Independent confirmation of this was not possible.

According to the Russian military, 79 military installations were destroyed in attacks. Among them were four command and control centers of the Ukrainian armed forces, Igor Konashenkov, a spokesman for the Russian Defense Ministry, was quoted as saying by the Interfax news agency. This information could not be verified.

According to Kiev sources, Russian troops tried to launch an offensive around the captured city of Volnowakha in Donbass. There was also heavy fighting around the town of Rubishne in the Luhansk region. According to Russian information, the attackers also seized numerous villages in eastern Ukraine.

According to Ukrainian military information, Russian troops are also trying to blockade the city of Chernihiv in northeast Ukraine from the southwest. Selenskyj said the city of nearly 280,000 people was without a water supply.

According to Ukrainian sources, Russian units are still trying to storm the city of Mariupol. This was announced by the General Staff of Ukraine in a report published on Facebook on Sunday night. Pro-Russian separatists had recently advanced into the eastern outskirts with the support of Russian troops, according to the Ukrainian military. The Russian Defense Ministry had also reported that various parts of the city had been taken.

A Russian offensive in the city of Sievjerodonetsk, population 100,000, in the Lugansk region, is also imminent, according to the General Staff report. Moscow earlier announced on Saturday that pro-Russian separatists had arrived in the city. In the Donetsk region, Russian units were also preparing an offensive on the small city of Wuhledar. According to Ukrainian information, about 200 people were evacuated on Saturday.

In the south of the country, Russia is also not giving up attempts to launch an offensive against the industrial city and hometown of Ukrainian President Volodymyr Zelenskyy, Kryvyi Rih, the report continues. Attempts so far have been unsuccessful. However, Russian troops are looking for weak points in the defense of the Ukrainian security forces and are reinforcing forces for the operation against the city of more than 600,000 inhabitants. This information was not independently verifiable.

US President Joe Biden on Saturday ordered the release of $200 million in arms sales and military aid to Ukraine. Just two weeks ago, immediately after Russia’s war of aggression began, Biden approved $350 million in emergency aid for Ukraine’s military. According to the US Department of Defense, the weapons provided, including modern Javelin anti-tank guided missiles, have already been delivered to Ukraine.