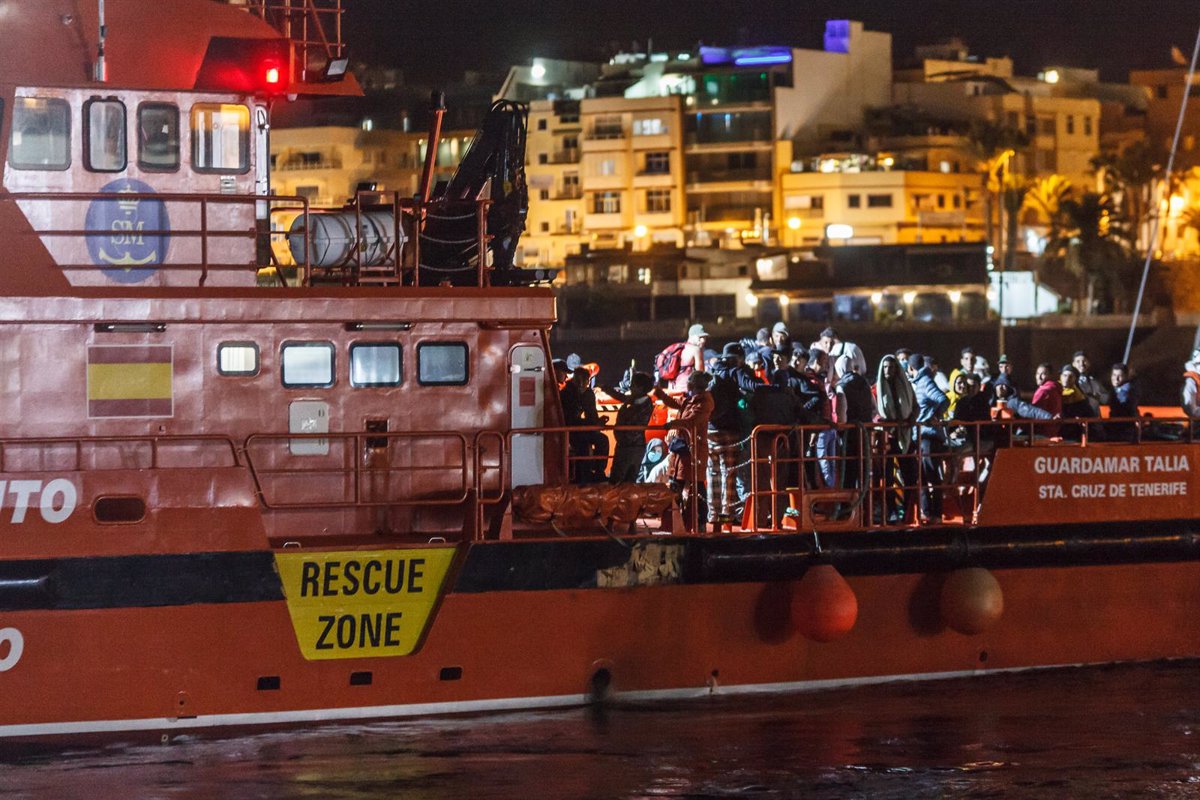 The Walking Borders collective has estimated that in the first half of 2022, 978 migrants died on the access routes to Spain. Of these, 938 people died or disappeared at sea and another 40 died on the Melilla fence. A total of 18 boats have disappeared with all their occupants and 118 women and 41 children have died at sea. 88% of total victims remain unidentified.

This data comes from the Right to Life report presented this Wednesday by the organization’s coordinator, Helena Maleno

Migrants bring them to Spain via four different routes – the Canary Islands route, the Alboran route, the Algerian route and the Straits route. Here, too, most victims were registered on the Canary Route, up to 800 people died in the 28 shipwrecks on this route.

Its physical characteristics, the boats too weak for the ocean, the great distances, the political relations between the countries in the area, subject to maritime and land-territorial interests, make cooperation in defense of the right to life between the countries, or those who have it, difficult there are delays in activating emergency services, according to Caminando Fronteras.

On the other hand, on the Alborán route, the three shipwrecks collected during this period brought the death toll to 35. On the Algerian route, 11 shipwrecks are known, causing 101 victims. This pathway is “completely invisible,” according to the organization, as “the failure to provide assistance is coupled with the lack of warning from individuals and families who report late.” These two shared facts mean that, although we know it exists Hundreds of families searching for victims of this route, numbers that come close to reality cannot be given,” said Caminando Fronteras.

Finally, two people died in the strait in two shipwrecks. To all these victims must be added the 40 deaths at the land border between Nador and Melilla as a result of the June 24 tragedy.

During the semester, most casualties are concentrated in the months of January and June, with 306 and 290 people killed, respectively. In the first half of 2022, an average of five people lost their lives on the West-European-African border every day. The victims came from as many as 23 different countries, including Morocco, Algeria, Guinea Conakry, Ivory Coast, Senegal and Syria.

Monthly, January and June are concentrated with the highest number of deaths and missing, specifically 306 and 290, respectively.

In his report, Caminando Fronteras makes a special section for the “mousetrap” on the border between Nador and Melilla, where deaths were recorded trying to jump the fence on June 24.

The organization denounces that the death toll is still “an unknown quantity”, although the organization that helps migrants speaks of 40 dead. 30% of the people who were

“Once again, the lack of transparency has prevented organizations and relatives from gaining access to the deceased to proceed with their identification, it has not been possible to know if autopsies have been performed to reveal the causes of death. Therefore, not only their right to life has been violated, but also the right of the dead and their families to be identified, to know the truth about the causes of death and to be buried with dignity,” explained Caminando Fronteras.

According to the organization, as of June 24, 80% of those treated suffered injuries of varying severity and severity. Most of the injuries were caused by beatings and violence – fractures in the legs, arms and head appeared in the clinical pictures -. “They beat us when we were lying on the ground, we had no strength, we were already on the verge of exhaustion,” said some of the migrants.

Previous articleSánchez completes the change at the helm of the PSOE, with Patxi López and Pilar Alegría in key positions
Next articleGZSZ: Anne Menden struggled with her serial pregnancy