VW is still good at dealing with the chip crisis 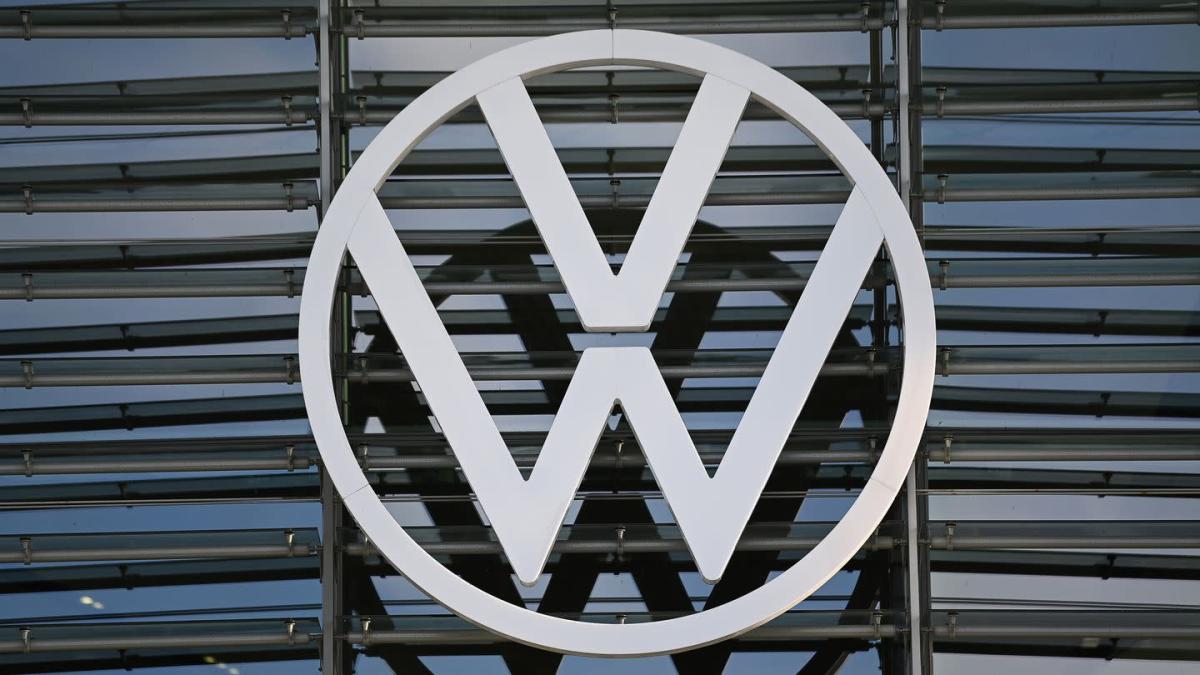 Like BMW, Mercedes-Benz or Opel’s mother Stellantis, the Wolfsburg-based company managed to improve its financial figures. For the current year, Europe’s largest car group has so far been quite confident. But the war in Ukraine in particular, with its unpredictable consequences for energy and commodity prices and the security of vital supply chains, is causing unrest.

The situation for VW, despite the stress in the purchase of electronic products, is relatively comfortable. The bottom line is that the network of companies with brands like VW, Audi, Porsche, Skoda and Seat cars earned 15.4 billion euros last year. As the group reported on Friday evening according to preliminary figures, that was almost three quarters more net income than in 2020. After the corona-related sales problems of the previous year, sales grew by 12.3 percent. to 250.2 billion euros.

prices could go up

Many customers today have to wait a long time for their car. Chief Financial Officer Arno Antlitz indicated that prices could also rise as a result of rising energy and raw material costs. Much now depends on the development and duration of the conflict in Eastern Europe. If this lasts longer, additional savings within the company may emerge. VW sticks to investments.

The group performed worse in deliveries. The number of vehicles delivered worldwide fell 4.5 percent to almost 8.9 million. A decline was also reported after the first two months of this year, by about a sixth. The major brand just put a freeze on plug-in hybrid orders due to a lack of parts. Particularly painful for VW: The biggest market, China, fell about 17 percent in January and February.

Toyota in deliveries ahead of VW

The Toyota Group delivered 10.5 million cars worldwide and took the lead in this regard. Sales of the VW group were recently 2.4 million below the value of the year 2019 before the coronavirus. However, the demand for electric and hybrid cars developed well. Pure electric vehicle deliveries almost doubled.

Bottlenecks in electronic components weighed heavily on the industry. Antlitz was comparatively optimistic: “We see semiconductor supply improving, especially in the second half of the year.” The lack of chips remains a structural problem.

At VW, some locations are already dry because there are no wire harnesses made in western Ukraine. After the plants in Saxony, there should be another shift change and reduced work in Wolfsburg, among other places. “Currently we are still receiving some supplies, but of course it is difficult,” Antlitz said of the situation in Ukraine. “There will be successive restrictions in the coming days.”

The ambitions for the new year are high, at least so far. At best, VW’s top management expects more revenue and sales. “But all of this is subject to further development,” says Antlitz. “It is not yet clear how the Ukraine conflict will affect the entire supply chain and the global economy.”

It cannot be ruled out that part of the increase in energy prices will eventually be passed on to consumers. Appropriate hedging transactions would bring stability. “But of course that will affect our business in the medium term and of course one or the other will have to happen.” Last year, high-performance luxury brands “outperformed volume brands.” The prices achieved would also have increased because many customers bought better equipped vehicles.

Management ruled out further austerity programs following a dispute between works council chief Daniela Cavallo and CEO Herbert Diess at the end of 2021. If costs need to be cut further, only within the framework of the existing agreements. A 5 percent reduction was planned for 2023. Speaking of Ukraine, Antlitz said that major investment projects are here to stay. But: “If the crisis persists, a situation may arise where you have to make significant adjustments again on the normal fixed cost side.”

Production in Russia will be suspended

Like many other companies, VW initially wants to suspend production in Russia. The same applies to car exports. Regarding possible charges from the threatened expropriations, Antlitz said: “The discussion is too early, I can’t qualify that yet.” Overall, the group explained: “To what extent our business in Russia will be affected in the long term cannot be foreseen at this time. However, we will continue to closely monitor current developments.”

The group has been represented in the Russian Federation with the VW passenger car, VW commercial vehicle, Skoda, Audi, Lamborghini, Bentley and Ducati brands. In 2021, almost 200,000 cars were sold on the market and the group manufactured around 170,000 vehicles there. Antlitz declined to comment on the issue of possible gas import bans in Western Europe. However, he made it clear on coal and natural gas: “We are in a situation where we can use both sources of energy.” VW is converting its power plant at its Wolfsburg headquarters from coal to gas.

Diess warned that the war could have even more severe effects than the Corona crisis. A protracted dispute would likely hit Europe “much worse” than the spread of the Covid 19 pathogen, the manager recently told the “Financial Times”.

Meanwhile, VW’s profits are rising again, and shareholders should benefit. A dividend of EUR 7.50 per ordinary share and EUR 7.56 per preferred share, more than half the amount of the previous year, will be proposed to the General Shareholders’ Meeting on May 12.

Part of Porsche AG will be listed on the stock exchange, with the group targeting a period until the fourth quarter of this year. “We do not stop the preparations. On the contrary: they continue as planned, we are confident that we will still make it to this window,” Antlitz said.

Volkswagen’s competitors were also able to increase their profits last year. BMW achieved a record profit of 12.5 billion euros, three times more than the previous year. At Mercedes-Benz it was €23bn, with a large amount coming from accounting profits from the spin-off of Daimler’s truck division. The Stellantis group made up of Fiat Chrysler and PSA with the Opel brand earned around 13 billion euros in 2021.