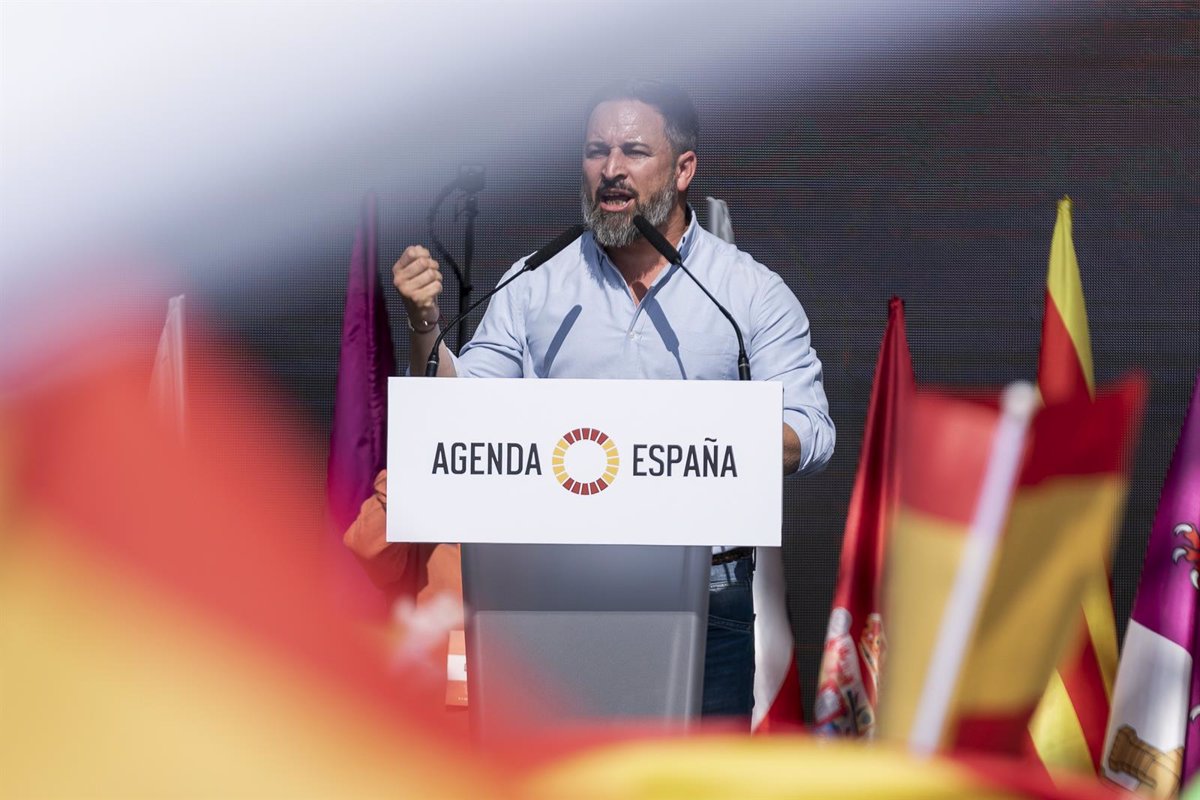 He will use the meeting to publish a new political document called “Spain decides”.

Vox announced this Wednesday that it plans to celebrate the VIVA festival again next October, a fair with representatives of the 52 Spanish provinces that will have a special space to review the history of Spain.

The appointment is scheduled for October 8th and 9th, the weekend closest to the national holiday on October 12th. It is the second edition of the political-cultural fair promoted last year to bring together its supporters and launch its agenda for the beginning of the political course.

VIVA 22 will again be held in Madrid and will have a large venue where the 52 Spanish provinces will be represented. In addition, there will be areas for the little ones, shopping and restaurant areas and a large stage where shows, concerts and political speeches will be held, according to the formation directed by Santiago Abascal.

The first day, Saturday 8th, will be dedicated to the history of Spain, with 52 outstanding personalities who will go through the different historical stages in shows. Under the motto “The story we wrote together”, Vox wants to bring the writers, scientists, warriors or kings “who forged Spain” closer to the participants.

A major political event will take place on Sunday, which will include speeches by the main leaders of Vox and other formations with which the party has international alliances. Last year, one of the star guests was the leader of the Brothers of Italy party, Giorgia Meloni, who is now leading the polls for Italy’s September 25 elections.

Vox will also use this day to publish a new political document entitled “Spain decides”. In last year’s edition, already during this event, the party announced its so-called “Spain Agenda”, in contrast to the United Nations’ Agenda 2030.

According to the party, the first edition of VIVA became “a milestone” for Vox, with over 30,000 visitors, 52 tents, one for each province of Spain, more than 100 stands for companies and a large area dedicated to children’s entertainment, covering a total area of ​​52,000 square meters .

This year she has already announced that she will be “more ambitious” and the venue “much bigger” because she wants to bring together tens of thousands of Spaniards “in a festive atmosphere and without restrictions”.